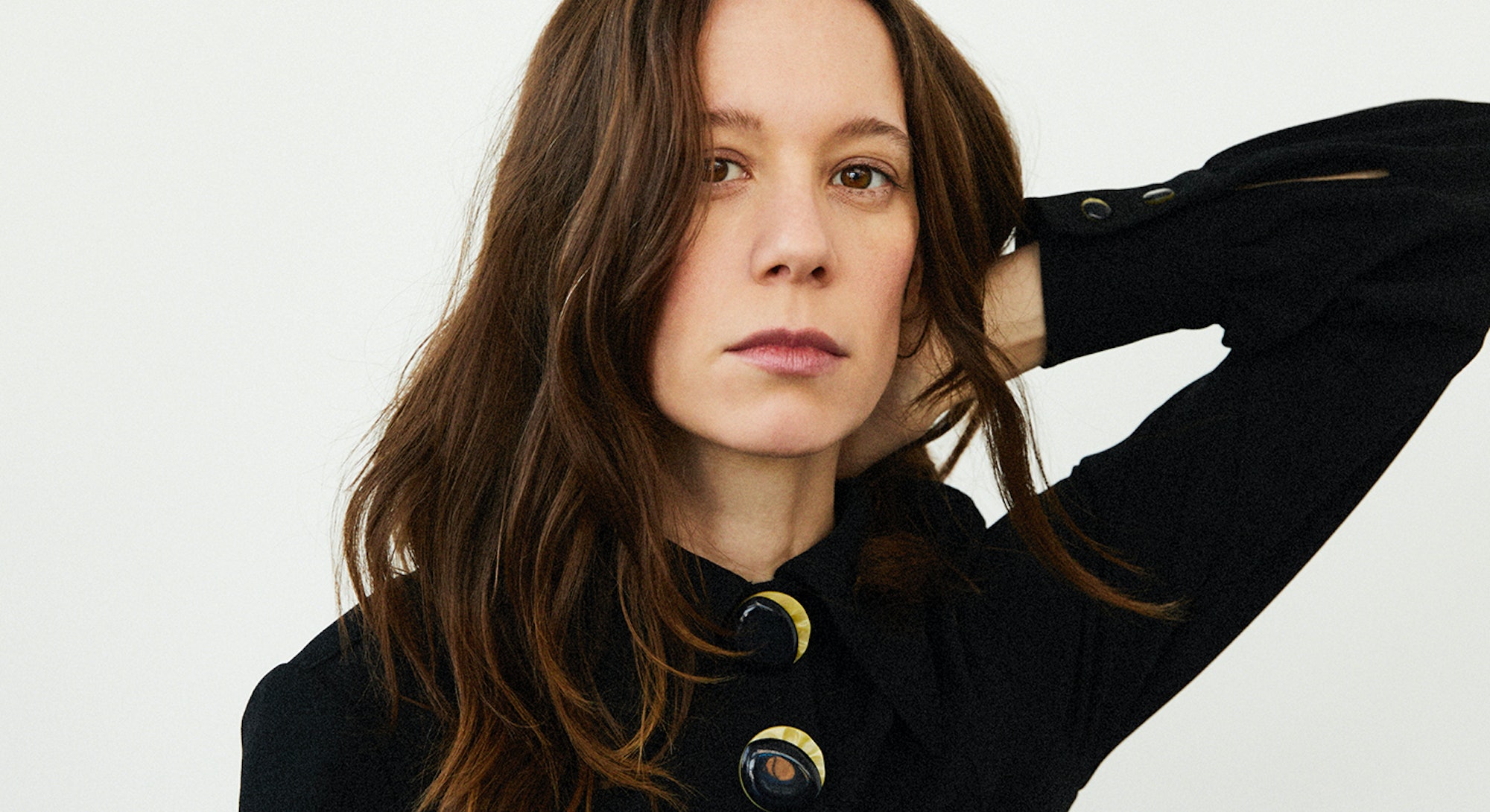 “Regrettably topical” is how Chloe Pirrie sums up Under The Banner Of Heaven. Adapted from Jon Krakauer’s bestselling book, the true crime seven-parter centres on the brutal murder of a young Mormon mother and her 15-month-old daughter in Salt Lake Valley, Utah, in 1984. As details of the double homicide begin to unfold, those at the heart of the investigation are forced to grapple with some uncomfortable truths about their own faith. Crucially, the series’ U.K. debut comes weeks after the U.S. Supreme Court’s landmark decision to overturn Roe v. Wade. In the U.K., a recent spate of violent acts against women makes the Disney+ series all the more pertinent, too.

“Roe v. Wade being overturned has been a stark reminder that there’s always a general threat to women’s rights and safety,” Pirrie tells me over Zoom. “The show touches upon some all-too-real themes of violence against women and how fundamentalist movements can lead to women being stripped of the ability to make decisions for themselves. Under the Banner is an extreme example,” Pirrie adds, “but it sadly feels quite relevant today.”

Though many will recognise the Scottish star from a variety of roles — Alice Harmon in The Queen’s Gambit, Eileen Parker in The Crown, and Black Mirror’s Gwendolyn Harris — she leads an all-star cast in the Disney+ drama. Daisy Edgar-Jones, Sam Worthington, and Gil Birmingham all have top billing, as does former Bustle cover star Andrew Garfield, who takes on the role of Detective Jeb Pyre. “It’s really helpful when the person who’s number one on the call sheet is so generous and lovely,” says Pirrie of Garfield. “He’s such a fantastic actor and just a really nice person.”

“It was lovely working with Daisy, too,” she adds. “We were all filming in Calgary for six months and got to know each other pretty well. Portraying some of the darker stuff can get quite heavy, and we all supported each other through that.”

Pirrie portrays the “vulnerable” character of Matilda Lafferty, who married into the Mormon church as a “total outsider.” She soon finds herself at the centre of the double murder investigation when her husband, Dan Lafferty (played by Wyatt Russell), is named a prime suspect in the case. Matilda’s “mysterious” nature is what initially drew Pirrie to the series, she tells me. “Reading the script, she was quite hard to pin down. I found her fascinating. I wanted this person to be played by someone who cared about her — it turns out that person was me.”

Along with a “brilliant” script and stellar cast, the show’s true crime nature was another intriguing factor for Pirrie. “Even though the genre can be so dark and upsetting, I’m a big true crime fan. It’s so fascinating. I’m sometimes perplexed as to why women are drawn to these terrifying stories that so often depict extreme violence against women. But I think the intrigue stems from a wanting to understand how and why this kind of violence occurs, perhaps? Knowledge is power, after all.”

Although delighted to have taken on a role in the realm of true crime, Pirrie has no particular preference when it comes to genre. “It’s all about the script,” she explains. “If a TV show or film is well written and the characters feel real, it will grab my attention.”

This approach has served Pirrie well throughout her acting career, which she began pursuing at a young age. “There wasn’t a singular moment in which I decided to go for it as an actor,” she recalls from her London home. “But I do remember going to see the play Look Back In Anger at my local theatre in Edinburgh. David Tennant and Kelly Reilly were onstage and I was so gripped. Moments like that were when I knew I had a spark for it.”

Graduating from London’s Guildhall School of Music and Drama in 2009, Pirrie proceeded to hone her craft in productions such as BBC’s War & Peace and Autumn de Wilde's adaptation of Jane Austen's Emma, along with some of her aforementioned credits. Pirrie’s very first big-screen role back in 2012 remains seminal. “Working on Shell was such an education for me,” she recalls fondly. “It was an independent film, and when I went on to more commercial projects, I realised how lucky I was to experience that. The priorities of those projects can be so very different.”

Looking to the future, Pirrie has ambitions of working behind the camera. “I feel like I’ve finally got out of my own way, and can now envisage taking on the responsibility of being a director or producer.” What stories would she like to tell, I ask? “I love a family dynamic, so the idea of creating a story focused around family dysfunction excites me,” she reveals, joking that a hypothetical cast of any future directorial debut would likely include all of her best mates. “I would love to work with those who have inspired me through my career, though. People like Viola Davis, Samantha Morton, and Charlotte Rampling,” she reels off excitedly. “I’m also greatly inspired by filmmakers such as Clio Barnard and Shane Meadows.”

Sitting at the top of her list, however, is Under the Banner of Heaven director David Mackenzie. “Hopefully, we can work together again on something down the line.”

Under the Banner of Heaven is now available to stream on Disney+ U.K.