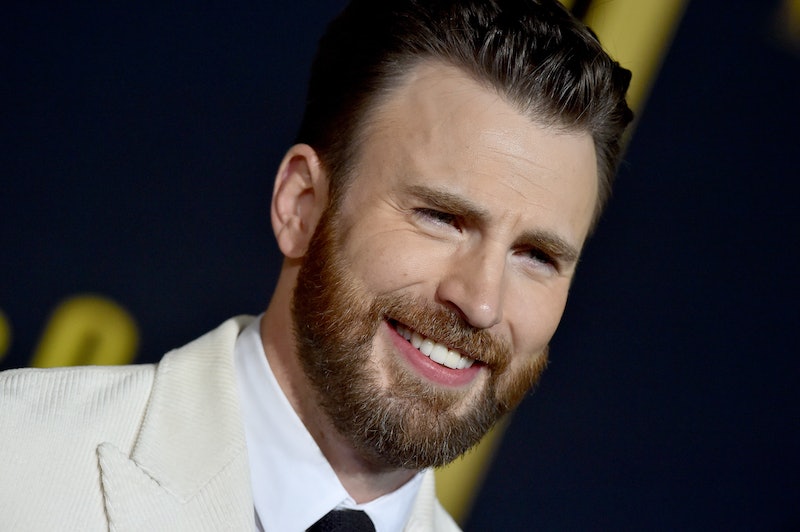 It’s been an emotional several hours for fans of Chris Evans, who were just recently reminded that the actor has — wait for it — chest tattoos. On Tuesday, March 23, the Avengers: Endgame star reunited with his brother Scott Evans for an interview with ACE Universe. Together, they spoke openly about their acting careers, quarantining together, Avengers, and their childhood. Unfortunately, all of that was overshadowed by the unexpected (yet highly appreciated) appearance of the 39-year-old’s ink.

“Anyone else really want to know more about @ChrisEvans tattoos?” someone inquired on Twitter. “I want to listen to the stories of what drew him to getting each one. I want to hear why those particular images are the ones he felt the desire to have permanently etched on his skin.” Others, however, were more shocked that they went this long without knowing that Evans has tattoos at all.

These same fans might also be surprised to learn that Evans’ chest tattoos aren’t the only ones he has. On his left bicep, he has a Taurus zodiac tattoo; on his right, he has the word “loyalty.” The Marvel star also has ink on his stomach dedicated to his late friend Matt Bardsley that says “In loving memory” and “with me always.” He also has a tattoo in honor of his dog and got matching ink with several of his Avengers co-stars. Let this be a reminder to us all: Just because you can’t always see Chris Evans’ tattoos doesn’t mean they’re not there.