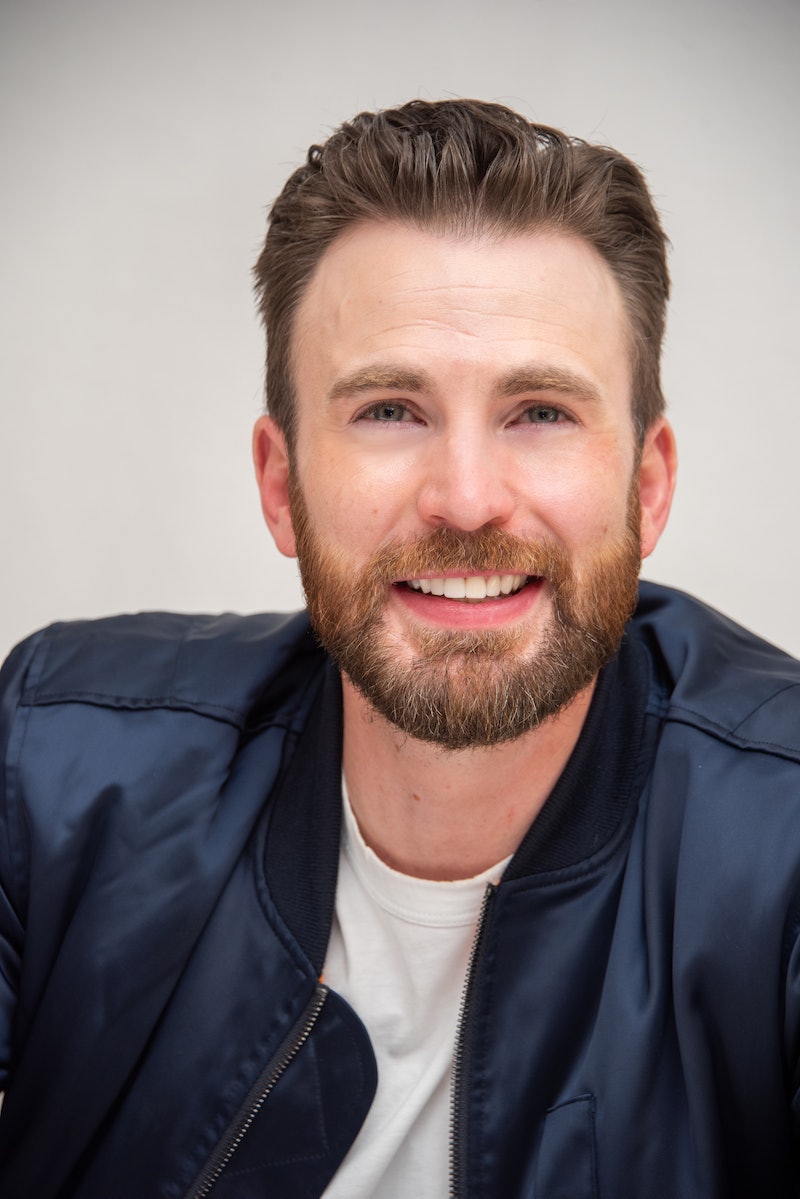 Chris Evans just added another important item to the list of his best qualities: He’s a fan of The Office. The Avengers actor scored points with fans of the sitcom on Saturday, Oct. 23, when he tweeted about the American version of the show — specifically its most beloved couple, Jim and Pam.

Evans reflected on the couple played by John Krasinski and Jenna Fischer, perhaps having just enjoyed an episode or having remembered one of his favorite moments. “When Jim and Pam are having an off day but at the end of the episode they’re both leaving each other messages talking about the same things. Good stuff,” he wrote.

Based on that info, it sounds like he’s talking about Season 5, Episode 4, “Baby Shower.” In it, Jim and Pam are figuring out what to do with her being away at art school, and they both feel like things are a little off, as Evans noted. The messages he referenced come when they call each other at the same time, and each leaves a voicemail to try to connect, with both recalling an awkward encounter they once had with an aggressive guy at a laundromat. They also both end their calls saying they miss each other, and as Evans said, it’s good stuff.

Of course, Evans’ Office reference gained notice. The tweet has more than 263,000 likes at the time of this writing, with nearly 20,000 retweets and over 5,300 quote tweets. Best of all, both Krasinski and Fischer responded. The two Office alums chose appropriately-themed GIFs to tweet at Evans: Krasinski’s shows Jim doing jazz hands at his desk, and Fischer’s captures an air high-five between Pam and Jim.

Hilariously, Evans had a little fanboy moment after he got their responses, even though he knows them both in real life and is close to Krasinski. In a follow-up message, he tweeted, “Krasinski is my boy and I’ve met Jenna once, but for a minute I’m gonna choose to forget that and just enjoy the fact that Jim and Pam both acknowledged this tweet.”

Meanwhile, countless people who are fans of both Evans and The Office let the actor know how excited they were to learn that he, too, loves the show. “Now I love you more than yesterday,” one tweeted. Another showed their excitement by writing, “Why are we just finding out that you’re an Office lover??? Sir we could’ve been having these twitter convos! Come on now.”

Others joined Evans in his appreciation of Jim and Pam. “I think we can all agree that we deserve the relationship Jim and Pam have,” one wrote.