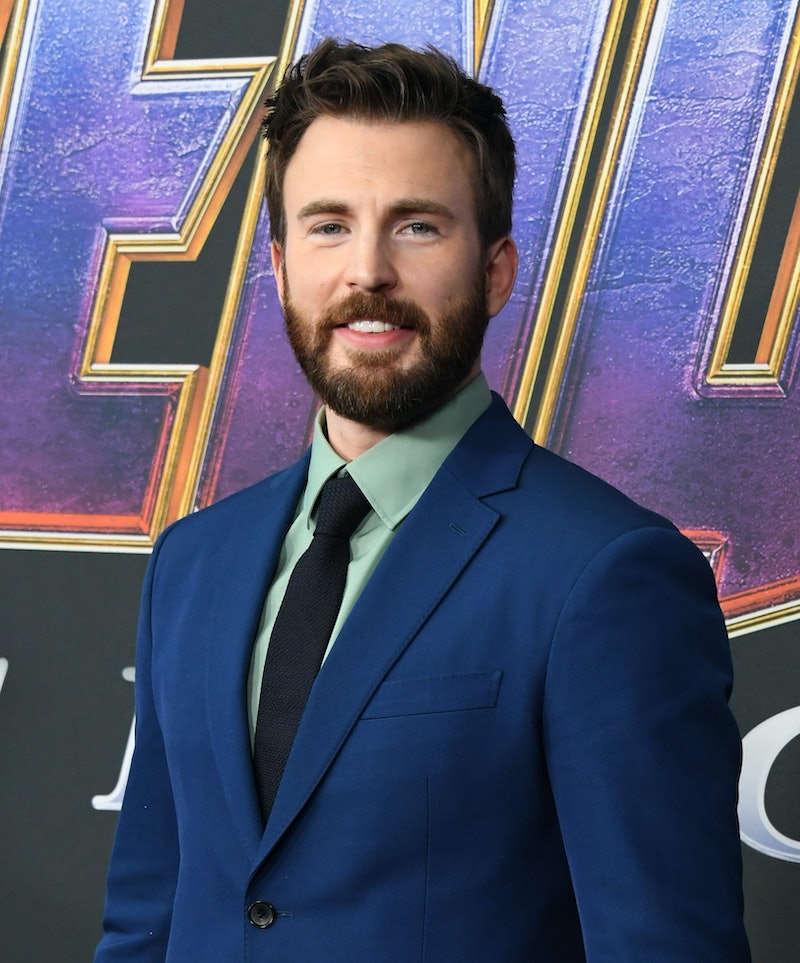 If you're looking to build your case for why Chris Evans is the best Chris in Hollywood, don't ask his high school buddies for help. On Wednesday, March 3, Evans shared a behind-the-scenes video from the set of the first Captain America film, and in it, his longtime friends Zach and Jon roasted him like nobody's business.

"When I filmed the first Captain America in 2010, two of my high school buddies, Zach and Jon, were my 'assistants,'" Evans wrote alongside the 45-second-clip. "Zach got a lot of great footage. Jon was unimpressed." The "great footage" Evans was referring to included some of the actor's most challenging stunts. But while his fans would likely have to pick their jaws up off the floor after seeing the actor suspended in mid-air, his friends remained unfazed.

Jon, in particular, nodded his head in disapproval at everything Evans did, including weight-lifting and diving head-first into a dark pool of water. Soon enough, the nodding turned into jokes about wedgies and all of the different ways things could go awry. "He will fall. I hope he falls," one of his friends said. "You can tell him I said that." And when the friend was reminded that Evans was secured by wires, he added: "Bro, you've never heard of an accident before?"

Looking ahead, the days of roasting Evans on the set of Captain America are over; the actor hung up his shield for the last time in 2019's Avengers: End Game. However, he's not quite done with the Disney universe. In December, it was announced that Evans will star in Lightyear, an animated film about the "original" Buzz Lightyear who inspired the toy featured in Toy Story.

"I don't even have the words," Evans tweeted when Pixar first announced the news. "And just to be clear, this isn't Buzz Lightyear the toy. This is the origin story of the human Buzz Lightyear that the toy is based on." At the moment, it's unclear how Zach and Jon feel about Evans' new role, especially since the actor won't be doing any stuntwork. However, something tells us they're already working on jokes for their next roast.

More like this
Chris Evans Had The Best Reaction To Seeing Ana de Armas As Marilyn Monroe
By Radhika Menon
What Is Miles Teller’s Net Worth? The 'SNL' Host's Bank Account Is No Joke
By Meg Walters
Lin-Manuel Miranda & Tituss Burgess React To 'Little Mermaid' Casting Backlash
By Radhika Menon
An Extremely Messy Ranking Of What Actually Happens In 'Don't Worry Darling'
By Chloe Foussianes
Get Even More From Bustle — Sign Up For The Newsletter