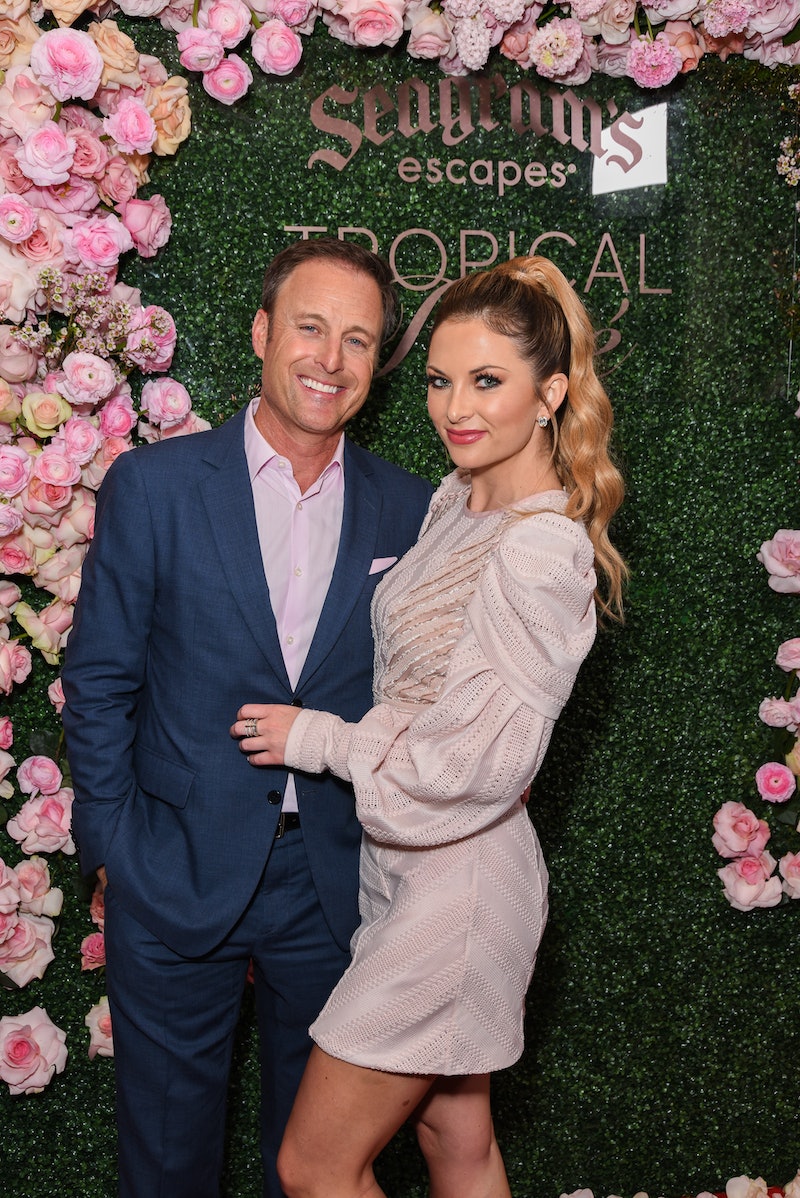 Chris Harrison has kept a relatively low profile since exiting the Bachelor franchise in June following his racism controversy — especially on his social media accounts. After two-plus months away from Instagram, he returned to the platform on Oct. 25 to announce his engagement to fellow television host Lauren Zima of Entertainment Tonight. “I love you @laurenzima,” wrote Harrison alongside a photo of him on one knee, placing a ring on Zima’s hand in front of California’s scenic Napa Valley. “The next chapter starts now!”

Other photos posted by Harrison feature the couple admiring the ring and toasting to their engagement with glasses of what appears to be sparkling wine. While the pair didn’t specify their location, ET reported it took place at a winery that’s particularly special to them. During a celebration of her 33rd birthday last year at the same venue, Zima apparently told Harrison it’d be a lovely space to get engaged or married in, and he’s been planning the proposal ever since.

Zima also posted photos from the picturesque engagement. “We tell each other this all the time, and we said it again in an unforgettably beautiful moment this weekend: I didn’t know love could be like this,” she wrote in the post’s caption. “You are the most incredible partner. Thank you for loving me, championing me and asking me to marry you. Here’s to the next amazing chapter, and all the rest.”

On social media, fans were quick to point out that Harrison tagged McClave Jewelers as the company behind the ring — not Neil Lane, the jeweler that’s notably provided every Bachelor engagement ring since 2009.

The couple’s impending nuptials will mark both Zima and Harrison’s second marriages. She was previously married to Charles McKeague, and he filed for divorce just four days before Zima was first photographed with Harrison in January 2019, per Life & Style. Harrison was married to Gwen Harrison from 1994 to 2012, and together they have two children, Joshua and Taylor.