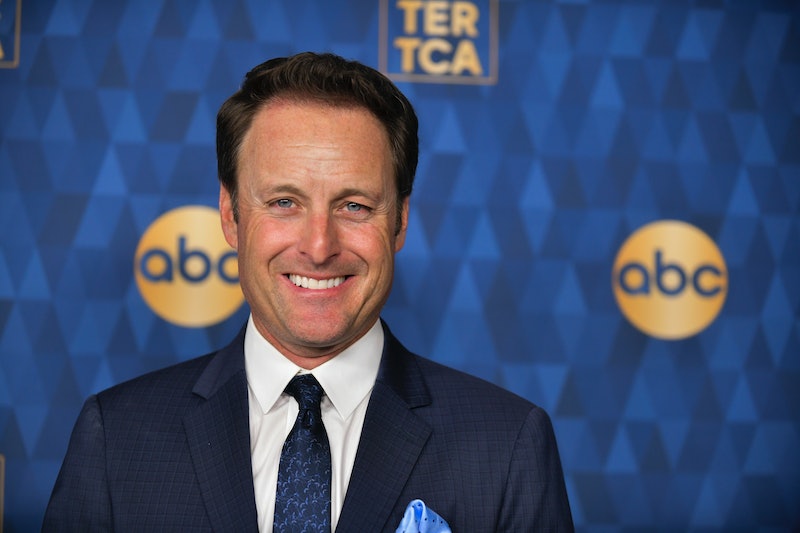 Following criticism from both fans and former contestants for his defense of contestant Rachael Kirkconnell, Chris Harrison is "stepping aside" from the Bachelor franchise for an unspecified length of time. The host and producer announced his decision via a statement on Instagram on Feb. 13, in which he explained that this "historic season of The Bachelor should not be marred or overshadowed by my mistakes or diminished by my actions." As a result, Harrison continued, "I have consulted with Warner Bros. and ABC and will be stepping aside for a period of time and will not join for the After the Final Rose special."

In addition to promising that he is "dedicated to getting educated on a more profound and productive level than ever before," Harrison also apologized for the "pain" that he caused with his comments. "By excusing historical racism, I defended it. I invoked the term 'woke police,' which is unacceptable. I am ashamed over how uninformed I was. I was wrong," he wrote. "To the Black and BIPOC community: I am sorry. My words were harmful. I am listening and I truly apologize for my ignorance and any pain it caused you."

Harrison has been facing backlash for defending Kirkconnell — who is currently competing on Matt James' season of The Bachelor — during a Feb. 10 interview with Rachel Lindsay, after photos of the 24-year-old attending attending a plantation-themed fraternity formal in 2018 surfaced on social media. (She has since apologized for her "offensive and racist" actions in a statement on Instagram.) "The woke police is out there," Harrison told Lindsay, after arguing that people weren't aware of the antebellum theme's racist connotations in 2018. "And this poor girl Rachael, who has just been thrown to the lions, I don't know how you are equipped when you have never done this before, to be woke enough, to be eloquent enough, to be ready to handle this."

While Harrison later apologized for defending the contestant in a way that "perpetuates racism," his comments were met with criticism from both fans and members of Bachelor Nation; an online petition asking ABC to fire him as host and producer currently has over 38,000 signatures at the time of publication. Two former Bachelorettes — Lindsay and Tayshia Adams — have since publicly slammed him for his "defense of racism," with the former even revealing that she doesn't plan to renew her contract with the franchise as a result.

On Feb. 12, Adams explained in her Instagram story that she was "hurt and disappointed" by Harrison's comments, before addressing them in more depth on an emergency episode of her podcast, Clickbait. "I definitely will say, watching that interview, my eyes were wide open. My jaw was kind of to the floor," the former Bachelorette explained to her Clickbait co-hosts Joe Amabile and Natasha Parker about her reaction to Harrison's Extra interview. "It was an ongoing conversation filled with so much defense and what I feel is ignorance."

Adams also refuted the idea that there was a "woke mob" — as Harrison put it — coming after Kirkconnell for no reason. "To be clear, the thing I think everybody was looking for was a little accountability. Just say, 'The images that have come out, they're wrong. Bottom line, they're wrong.'" Instead, Adams said, "there was no sense of 'What she did was wrong and I feel bad that Bachelor Nation is going through this,'" in Harrison's comments.

During her conversation with co-hosts Amabile and Parker, Adams also explained that she feels that the franchise will need to make major changes in order to move forward. "I think we need to continue to hold people accountable for their actions," she said. "First, we're going to need to hear from the franchise as a whole about not standing with racism. Just because you have a Black lead or a few of them, doesn't mean you're not racist."

Harrison also expressed the need for himself and The Bachelor to make significant changes in his statement. "I want to ensure our cast and crew members, to my friends, colleagues and our fans: this is not just a moment, but a commitment to much greater understanding that I will actively make every day," he wrote.

Only time will tell how Harrison and the reality franchise will follow through on their promise and their desire to do better by their BIPOC contestants in the future.