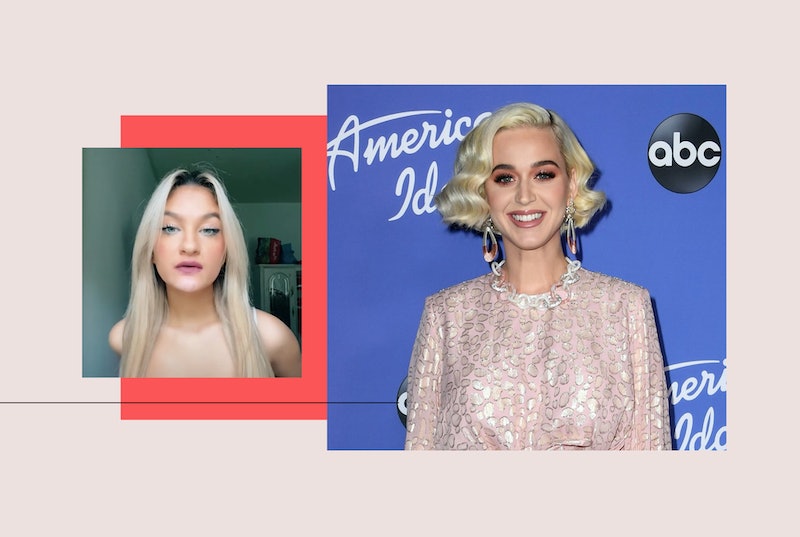 Kellyanne Conway spent many years in Washington D.C. as President Donald Trump's senior adviser, but now her daughter Claudia is making a break for... Hollywood? Katy Perry confirmed that Claudia Conway auditioned for American Idol after the TikTok sensation teased the unexpected news in a video. Shockingly, even Kellyanne approved her 16-year-old daughter's big career move.

On Monday, Nov. 16, Claudia revealed on TikTok that she was preparing to audition for the long-running talent show in front of Perry, Luke Bryan, and Lionel Richie. "Hey guys! I'm here at my American Idol confessional," she said before sharing that she spoke to the show's longtime host. "I met Ryan Seacrest today and I have my audition soon, so stay tuned for that. I'm very, very nervous, but very excited."

While Claudia couldn't say whether or not she earned a golden ticket to Hollywood, it seemed like she impressed at least one of the judges. Perry shared a video on her own Instagram Story, confirming that Claudia had indeed auditioned for the judges. "Well, well, well, let the games begin because Claudia just tried out for American Idol," Perry said before panning to Claudia, who waved to the camera while maintaining a safe distance.

Claudia has gone viral in recent months because of her TikTok account, where she vocally opposed Donald Trump's policies and confirmed that she strongly disagrees with her mother's political beliefs. At one point, Claudia claimed she was seeking emancipation from her parents after accusing her mom of having her arrested for "making false allegations." The online drama eventually caused Kellyanne to step down from her post as Trump's senior adviser to focus on her family.

Since then, it seems Claudia has started to repair her relationship with her parents, and both Kellyanne and her husband George Conway appear to be happy about their daughter's potential future on American Idol. In an interview with People, Kellyanne said that Claudia was invited to audition for the show. "The last three days have been a whirlwind of interviews, rehearsals and the actual audition," she said, explaining that Claudia has called it "the coolest experience of her life."

Apparently, the audition was not just for fun, as Claudia takes music very seriously. According to her mom, she was "born singing" and started piano training at a young age — despite trying to fire her piano teacher when she was just five years old. "Claudia and her siblings are taught to be independent self-starters and free thinkers who dream big and aim high," Kellyanne said. "Of course, American Idol is next level! We are proud of Claudia for entering the arena and sharing her beautiful voice and inspirational message about mental health with others."

More like this
18 Years After 'American' Idol, Jennifer Hudson & Simon Cowell Reunited On Her Talk Show
By Radhika Menon
20 Years Later, Kelly Clarkson & 'American Idol' Judges Reunite For Her Hollywood Walk Of Fame Star
By Radhika Menon
Everything To Remember About Lace Morris Before 'Bachelor In Paradise' Season 8
By Grace Wehniainen
Bachelorette Gabby Kissed Her New Fiancé On 'Dancing With The Stars'
By Jake Viswanath
Get Even More From Bustle — Sign Up For The Newsletter