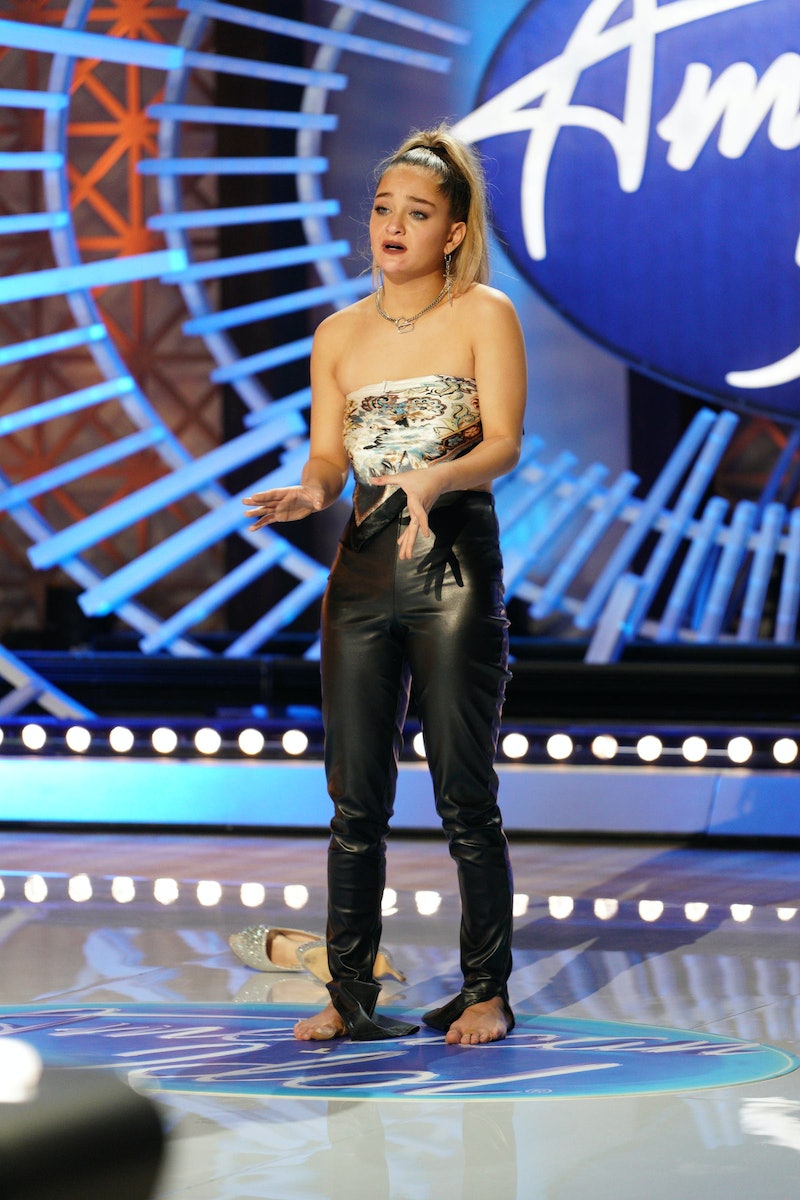 Ever since Claudia Conway made it through the first round of American Idol auditions, viewers have been not-so-patiently awaiting her next performance. On Sunday, March 21, the people got exactly what they wanted when the TikTok star and daughter of former Trump White House adviser Kellyanne Conway took the stage to perform a rendition of Bishop Briggs’ “River.” The catch? Viewers had to listen to Kellyanne belt out some notes, too.

“I’m Claudia Conway, I’m back,” the 16-year-old said when she walked onstage at Hollywood’s Dolby Theatre. But much to judge Katy Perry’s surprise, Conway was sporting brand new jet black hair. “Sorry, excuse me, what?” the “Daisies” singer said. And when Claudia explained that she underwent “a little change,” the pop star corrected her. “You mean, a transformation,” she said.

But Claudia’s hair was hardly her biggest transformation since the first time she appeared on the show. “I was really, really nervous and I had these doubts in my head telling me, ‘You’re not ready. You’re not good enough,’” she said, reflecting on her audition. “In my life, I’m so focused on all the noise and people hating on me and my family online.” But ever since Perry told her that she must “calm the storm” around her, Claudia’s confidence has increased tenfold.

“She believed in me and I cannot be more grateful for that,” the TikToker continued. “Now, I’m just drowning that all out and telling myself that I can do it. I’ve been trying to establish my own identity for a while. You know, most people don’t know that I’m into music and most people don’t know that I’m a singer and it is very, very important to me.”

After totally “freaking out,” Claudia performed her soulful cover and then stood in line with several other contestants who were waiting to find out if they would be moving forward in the competition. “Congratulations, you’re all in the next round,” Perry announced. And yes, Kellyanne was cheering from the audience. “Claudia!” she shouted.

While some viewers were surprised that Claudia made it through to the next round, nothing could’ve prepared them for what happened next: An impromptu performance of the chorus of Alicia Keys’ “Girl on Fire” by none other than Kellyanne herself. “'Wait, that was kinda good,” Claudia said of her mother’s unexpected cover. Still, it’s likely that Trump’s former adviser will take the advice Claudia dished out prior to taking the stage. “Stay in politics,” she said. “I'll do the music.” Ouch.