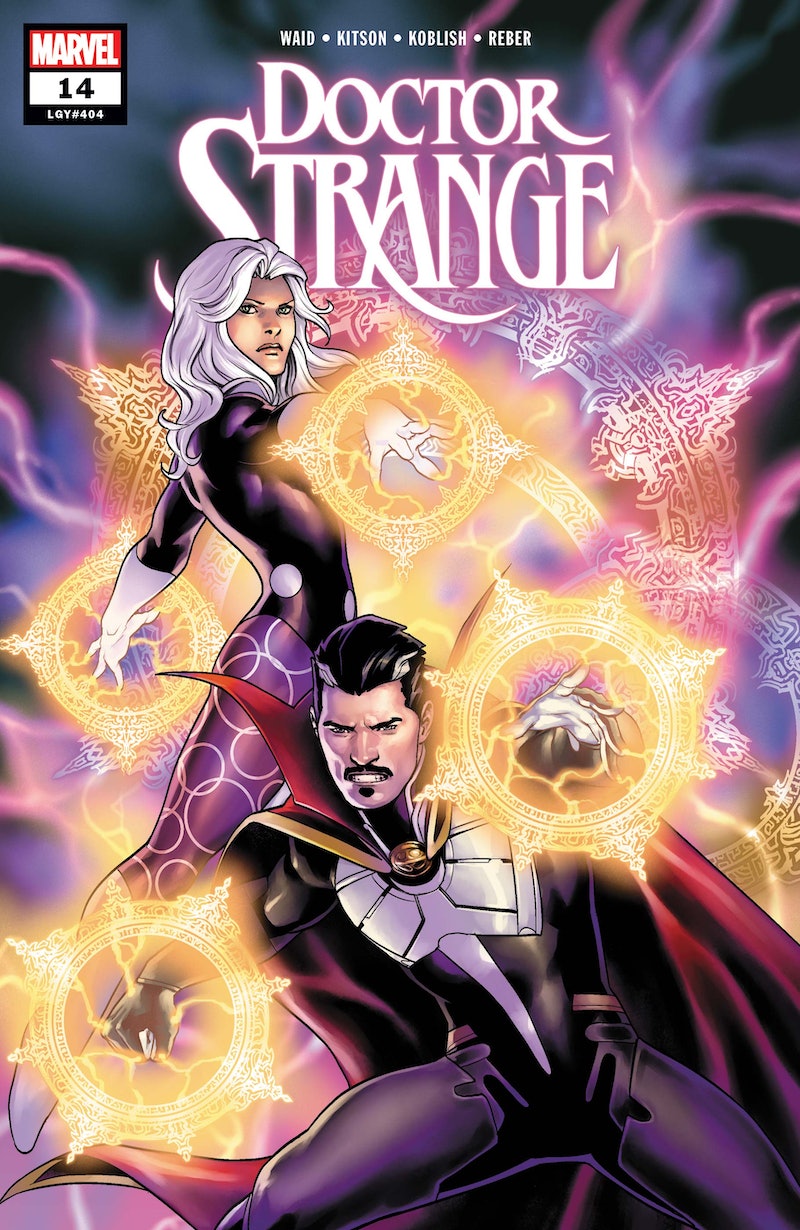 Before the release of every Marvel film or television show, speculation runs rampant about potential cameos and new characters, and the run-up to Doctor Strange and the Multiverse of Madness was no different. Spoilers for Doctor Strange follow.

This time, though, the fan theories and leaks were correct when they predicted that Charlize Theron would be joining the Marvel Cinematic Universe as Clea, a magical, other-dimensional being. In the comics, she’s been everything from Stephen Strange’s pupil to his love interest to the Sorcerer Supreme herself since she was first introduced in 1964.

Benedict Cumberbatch hasn’t publicly confirmed whether or not he’ll return for more Marvel films, but if he doesn’t — or if he only plays the character one more time, to hand over the story to Clea — fans are in great hands with Theron, who has anchored one of the greatest action films ever made in Mad Max: Fury Road and appeared in many others, including The Old Guard, Atomic Blonde, and some Fast and the Furious films. She’ll have plenty to work with when she plays Clea, a powerful being with a complicated family background.

Below, what to know about Clea’s long, complicated history in the Marvel comics.

What are Clea’s origins in the comics?

Clea was first introduced in 1964, in Stan Lee and Steve Ditko’s “Strange Tales” No. 126. Though she’d later become a powerful sorceress, her early appearances in the comics weren’t so impressive. At first, in fact, she wasn’t even called by name, and was instead referred to as a “captive female” or a “mysterious silver-haired girl.” Eventually, though, she was revealed to be the niece of Doctor Strange’s arch-nemesis Dormammu, a being of dark energy. (In the 1978 TV film, though, this background was temporarily abandoned, and Clea was presented as a regular non-magical student.)

In the 1970s, the Doctor Strange comics entered a particularly odd period. In many of the character’s more inexplicable moments, chronicled at Looper.com, he seemed to provide Marvel with an opportunity to just… do whatever they felt like. At one point, he turned into a werewolf; at another, a long-lost vampire brother appeared out of the woodwork. Perhaps the most bizarre plot twist, however, involved Clea and time travel. In “Doctor Strange” 17-19, published in 1976, Dr. Strange teaches Clea to travel in time — and, appropriately given that the country was celebrating its bicentennial that year, they travel back to 1775… where Clea fell in love with Benjamin Franklin.

What are Clea’s powers?

Like most comic book characters, Clea’s character and abilities have changed over time — and her character in the MCU isn’t yet clear. Recently, though, Marvel has established a relatively stable identity for her as a more mystical version of Stephen Strange.

As a result of a battle between Doctor Strange and Dormammu, Clea winds up back on Earth with Strange. There, she lives with him at his Sanctum Sanctorum, and he trains her to use magic. They also become romantically involved, eventually marrying and then divorcing. Throughout the comics, she travels back and forth between the Dark Dimension and Earth, torn between her original home and her love for Stephen Strange.

You’d think that Clea, who’s partly made of magic, wouldn’t need to be taught to use magic by a human man, but Marvel hasn’t managed to totally dispense of the sexism inherent in the character’s origins. As recently as 2009, in an article speculating about who would become the next Sorcerer Supreme, writer Brian Michael Bendis told CBR.com, “She was trained by Strange, right there in his home. She was his prized pupil. … [But] who’s going to take her serious [sic] in those pants?” — referring to her signature pattered leggings.

Earlier this year, Clea finally became the Sorcerer Supreme in Strange Vol. 3, taking up the mantle after Stephen’s death. This plot twist mirrors Jane Foster’s assumption of the role of Thor in Thor Vol. 4 — a storyline from the comics that will be featured in Taika Waititi’s Thor: Love and Thunder this summer. But there’s no reason that the MCU has to follow the exact pattern of the comics, or that Clea should be defined by her relationship with Stephen Strange at all. With an actor as fierce and talented as Charlize Theron on board, there’s every reason to hope that the MCU’s Clea will be the most distinct version yet.

More like this
Chris Hemsworth Joked That Baring His Butt In ‘Thor: Love And Thunder’ Was A “Dream”
By Brad Witter
Everything You Need To Know About The 'Knives Out' Sequel
By Grace Wehniainen
The 'Hocus Pocus' Sequel Finally Has A Release Date & It Makes Total Sense
By Shannon Barbour and Radhika Menon
Everything To Know About 'The Hunger Games' Prequel Movie
By Grace Wehniainen and Radhika Menon
Get Even More From Bustle — Sign Up For The Newsletter