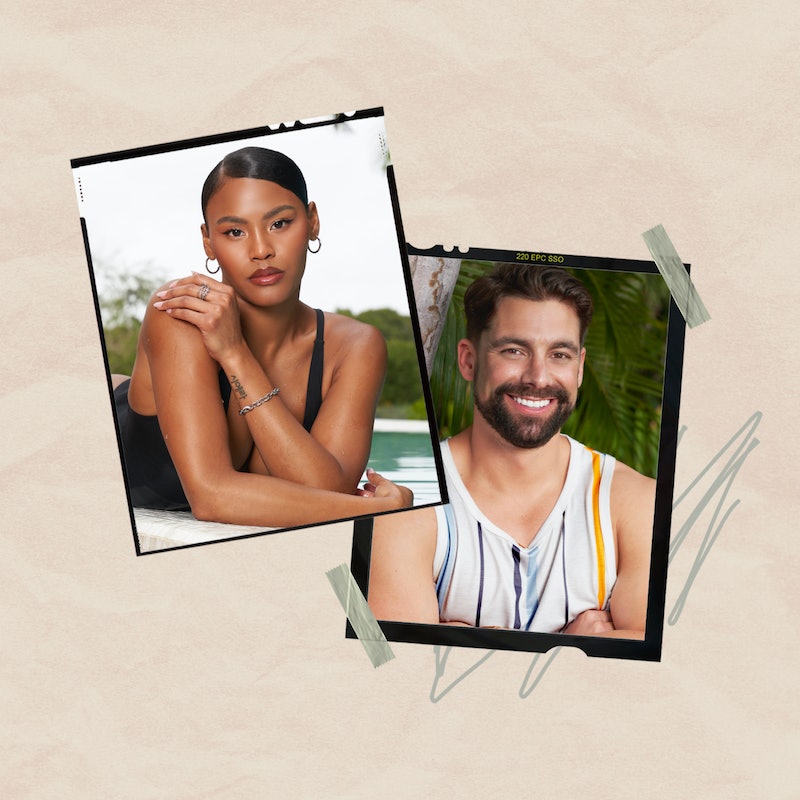 Romance is already in the air on Bachelor in Paradise. First, there is Brandon and Serene’s instant connection, and now, there seems to be a relationship brewing between Michael Allio and Sierra Jackson. The could-be couple spent most of the Season 8 premiere canoodling by the beach, leading some viewers to believe that they might be one of this season’s lasting couples. Beyond their on-screen chemistry, they shared a heart-to-heart in Episode 2 that definitely seemed to solidify their feelings for one another. But despite their early connection, there’s still plenty afoot in Paradise.

Episode 2 is really when the couple got their chance to shine. Before they stepped aside for a private conversation, Sierra described Michael as “very handsome,” referring to him as a “whole *ss zaddy.” Despite their physical attraction to one another, Sierra was well aware of Michael’s situation as a father. “I want to be realistic, so who knows,” she said.

Their heart-to-heart started with Michael voicing his apprehensions about re-entering the franchise. Perhaps Sierra was the best person to talk to, considering she didn’t hesitate to validate his concerns. In fact, she continued to reassure Michael, especially when he doubted his courtship skills. The conversation turned more serious when the duo began to dig into Michael’s history. “Since my wife passed away, dating is challenging,” he said. “When things get too real, I get scared.” He said that he hadn’t yet found the person he was meant to be with but was definitely interested in finding them. “I want to get back to building,” he said.

As Michael opened up about his late wife, Sierra was empathetic, saying that whoever he ends up choosing isn’t going to be a replacement. She then went on to imagine what it must be like to wake up in the middle of the night, and your partner is no longer there. Evidently, she struck an emotional chord with Michael, as the two were immediately moved to tears. After wiping each other’s eyes, they shared a long kiss. “There’s something really good there,” he said. “Something really, really good.”

Spoilers for Bachelor in Paradise Season 8 ahead. Despite their early momentum in this season, there may be some complications on the horizon for the new couple. According to Reality Steve, Danielle Maltby of Nick Viall’s season is set to make her second appearance on Paradise. It’s unclear when Danielle will arrive this season, but spoilers indicate that she and Michael hit it off. In fact, their connection is so strong that Michael ends up with Danielle. not Sierra. While we’ve yet to see Michael and Danielle interact on the show, we know that their relationship extends beyond the beach. The couple was photographed together at the wedding of Wells Adams and Sarah Hyland on August 20. Given that Paradise began filming in early June, it seems like he and Danielle have been together for three or four months.

As for how this season unfolds for Sierra, fans will have to wait and see if she also finds love in Paradise.