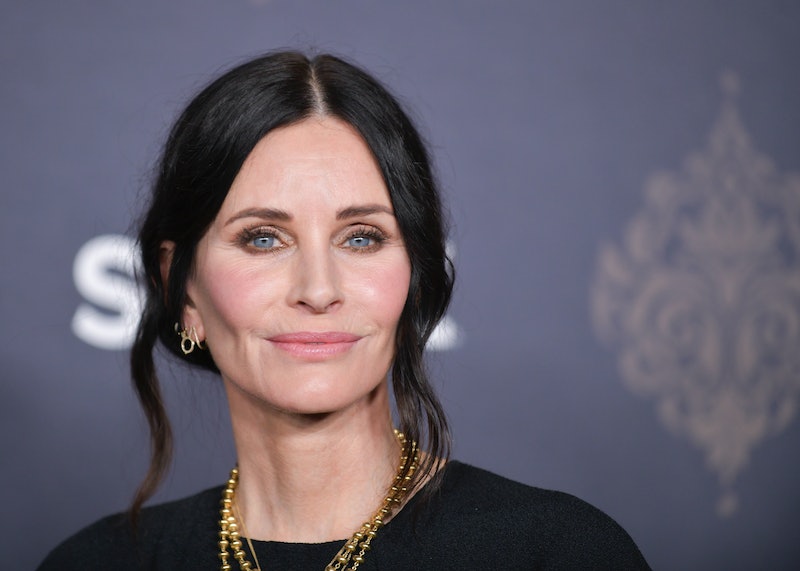 If you’re a major Friends fan, you probably remember more about the hit sitcom than Courteney Cox does — and she starred in it! In a recent interview with Today, the 57-year-old actor revealed that she barely remembers working on the set of Friends, even though it was filmed over the span of a decade.

Cox, who played Monica Geller on the hit sitcom, realized that she had such a “bad memory” when she was preparing for the reunion special, which streamed on HBO Max in May 2021. “I should’ve watched all 10 seasons because when I did the reunion and was asked questions, I was like, ‘I don’t remember being there,’” she said. “Yeah. I don’t remember filming so many episodes.”

The Scream star also said that when she watches the show back, there are scenes that she simply doesn’t remember filming at all. “I see it on TV sometimes and I stop and go, ‘Oh my God, I don’t remember this at all,’” she continued. “But it’s so funny.” However, there is one memory with her Friends co-stars that Cox said she will never forget.

Before Friends became a global phenomenon, director Jim Burrows gave her and her castmates $500 each while on a trip to Las Vegas. “He said, ‘I want you to take care, like, really take notice of this moment because it will be the last time that all six of you together can walk through a casino. And we were like, ‘Really?’ And it was true. We never could never do that (again).”

Cox continued, “I mean, I don’t want to sound like, ‘Look at us.’ We’re not, you know, the Beatles. But people feel like they know you. If we were all to walk down the street, six of us, it would be, I think it would be really interesting to people.” The Friends reunion special, aptly titled “The One Where They Get Back Together,” was proof.

Cox isn’t the only Friends star who has a tough time remembering their time on set. Speaking during the HBO Max reunion special in 2021, her former co-star David Schwimmer (aka Ross Gellar) revealed that he has no recollection of the Season 5 episode “The One with Ball.” Elsewhere, Lisa Kudrow — who played Phoebe Buffay throughout the show’s run — disclosed that she has a “bad memory” when it comes to Friends and has yet to watch all of the episodes.

More like this
Courteney Cox & Laura Dern Proved Their BFF Status With Matching Tattoos
By El Hunt
Here’s Why Danny Masterson’s Hyde Isn’t In 'That '90s Show'
By Brad Witter
Ashton Kutcher Wants Danny Masterson “To Be Found Innocent” In Rape Retrial
By Jake Viswanath
'Wednesday' Star Emma Myers Thinks A Wenclair Storyline Is “Possible” In Season 2
By Alyssa Lapid
Get Even More From Bustle — Sign Up For The Newsletter
From hair trends to relationship advice, our daily newsletter has everything you need to sound like a person who’s on TikTok, even if you aren’t.

This article was originally published on March 9, 2022