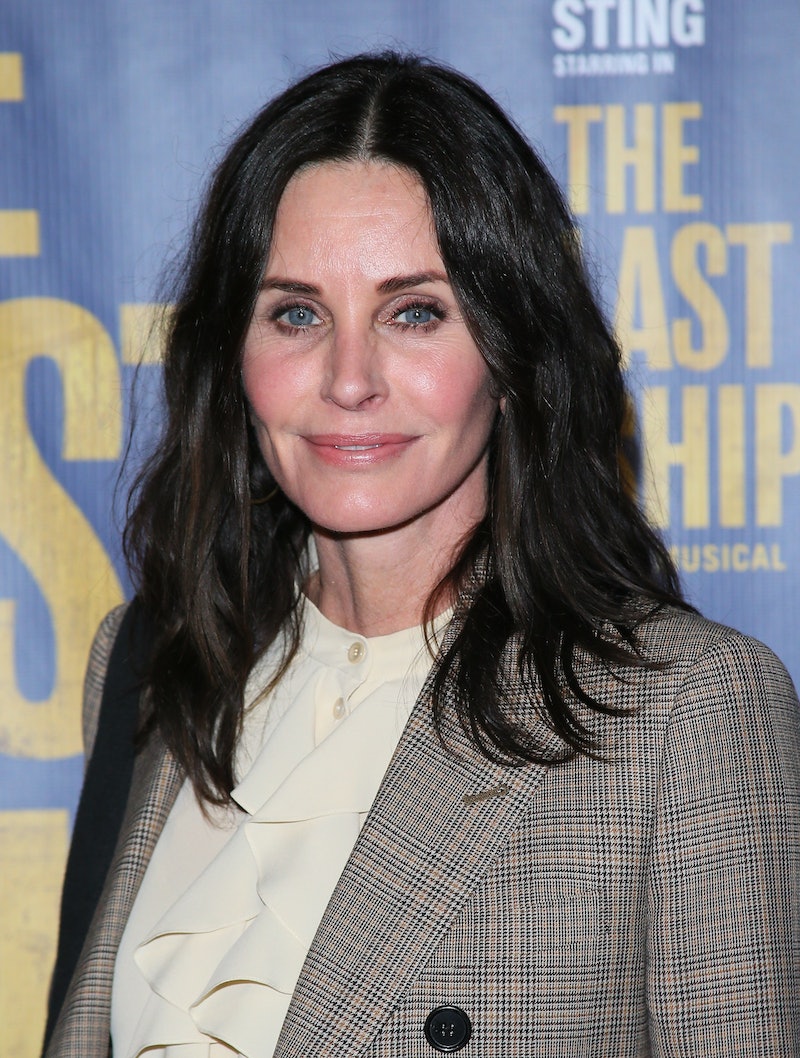 If you’ve ever wondered what Courteney Cox does to pass the time between takes on set, look no further. In a Thursday, Sept. 30 Instagram video — which she captioned “When I’m not acting…” — the Friends alum shared a hilarious “day in the life” style video with her more than 11.8 million followers. On the schedule for her, it turned out, was giving unsuspecting Friends fans everything they could have ever wanted from a Warner Bros. Studios tour.

“I’ve got to go do my other shift,” Cox tells a staffer on the set of her new Starz horror comedy series, Shining Vale, before getting busy elsewhere on the lot, which was notably home to Friends from 1994 to 2004. Instead of scrolling Instagram in her trailer, Cox (aka Monica Geller) goes on to spend her downtime working everywhere from a gift shop checkout, where she gifted a keychain to one customer and took a selfie with another, to checking IDs at the security gate. Perhaps the biggest surprise for Friends fans, however, came when the actor took a page from Rachel Green’s book and served coffee to visitors taking their turn on a replica of the iconic orange Central Perk couch.

Though Cox set the video to the tune of Dolly Parton’s “9 to 5,” there was one small break in the soundtrack to make room for Loreta’s “Trouble with Boys” (aka the song from Monica and Ross’ notorious dance routine) to play in the background. “Ooh, I love this song,” Cox quipped. The video was appropriately shown love, including by celebrities such as Diane Keaton, Ashley Benson, Kathy Najimy, James Marsden, and Arielle Vandenberg. “Lolololol everything,” Benson wrote, while Najimy called her pal’s antics “Hilarious!!”

This isn’t the first time Cox has surprised tourists recently. “Here I am on the backlot of Warner Bros. filming my show, Shining Vale,” she explained in another Instagram video on Aug. 11. “There’s definitely a lot of time in between setups, but I don’t get bored. Nope, I see opportunity all around.” Among the activities she chose to occupy her time: administering a nasal swab test to co-star Greg Kinnear, serving food to the crew, and even giving visitors a golf cart tour of the Friends lot.

“We’re at stage five, which is right here on our right,” she told attendees, while maneuvering the motorized cart. “This is where Friends started in 1994, and is now occupied by a show called Shining Vale, starring me.” A week later, she also posed on the Friends couch with a Shining Vale script, writing, “When worlds collide.”

More like this
Netflix Reveals First Look At Wednesday In The 'Addams Family' Spinoff Series
By Bustle Editors
24 Years Ago, 'Friends' Dropped Its Most Underrated Ross & Rachel Episode
By Grace Wehniainen
A New 'And Just Like That' Table Read Pic Confirms A Key Character's Return
By Jack Irvin and Grace Wehniainen
‘RHOSLC’ Star Jen Shah’s Arrest & Legal Drama, Explained
By Brad Witter and Jake Viswanath
Get Even More From Bustle — Sign Up For The Newsletter