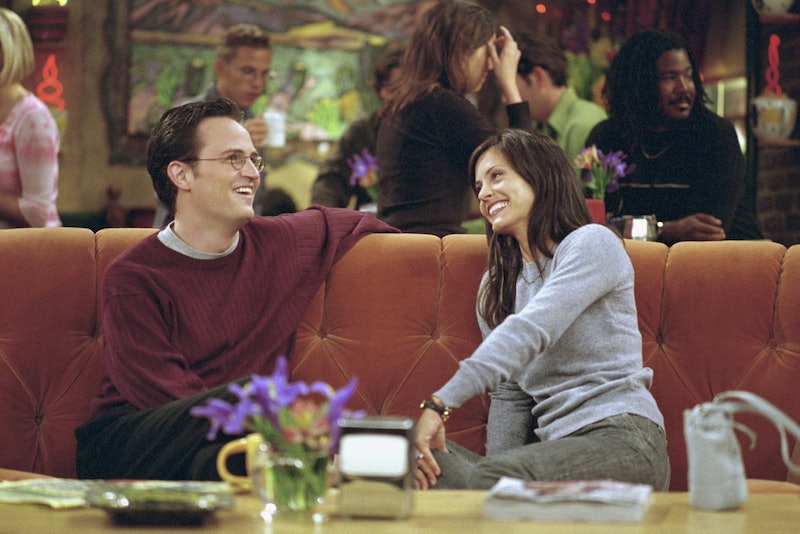 Some have unstoppable game when it comes to social media, and Friends’ Courteney Cox is one of those people. In the space of a single month, the actor took part in a blindfold challenge, channelled her inner Monica Geller to play basketball against the Lakers, and created a hilariously extra new advert for a candle. Incredibly, though, she may have just topped it all with her best work yet…

While working at Warner Brothers Studios in Hollywood, Cox decided to photobomb a series of Friends fans, and captured their stunned reactions in a hilarious compilation. Coincidentally, Warner Bros. is the current home of the iconic Central Perks orange couch from the series. As well as hosting many of the gang’s coffee shop get-togethers, the sofa also appears in the iconic scene that forms the opening credits of the sitcom. The gang can be seen splashing in a fountain, which is located at the Hollywood studio, before sitting on the orange sofa. During regular guided tours around the filming destination, Friends fans often get the opportunity to pose on telly’s most famous sofa, but they probably weren’t counting on one of the show’s main stars lurking behind the chair.

Helping Cox to pull off the prank, a tour guide from the studio got fans comfortably seated on the sofa and loudly counted down before taking their photograph. The actor quietly hid behind the sofa and silently popped up to photobomb each snap before disappearing just as quickly. When her fans were handed back their phones to check the photos, they were unsurprisingly stunned to see Monica behind them — and Cox soon revealed herself to say “hi” in person, too.

More like this
The Banned 'Friends' Ad Shows Monica As You’ve Never Seen Her Before
By Sam Ramsden
'Abbott Elementary' Fans Probably Missed This 'Parent Trap' Easter Egg
By Sam Ramsden
'Happy Valley' Recreated This Moment From S1 In Its Penultimate Episode
By Sophie McEvoy
Turns Out George Clooney Is A Huge Fan Of This Classic British Game Show
By El Hunt
Get The Very Best Of Bustle/UK
Sign up for Bustle UK's twice-weekly newsletter, featuring the latest must-watch TV, moving personal stories, and expert advice on the hottest viral buys.