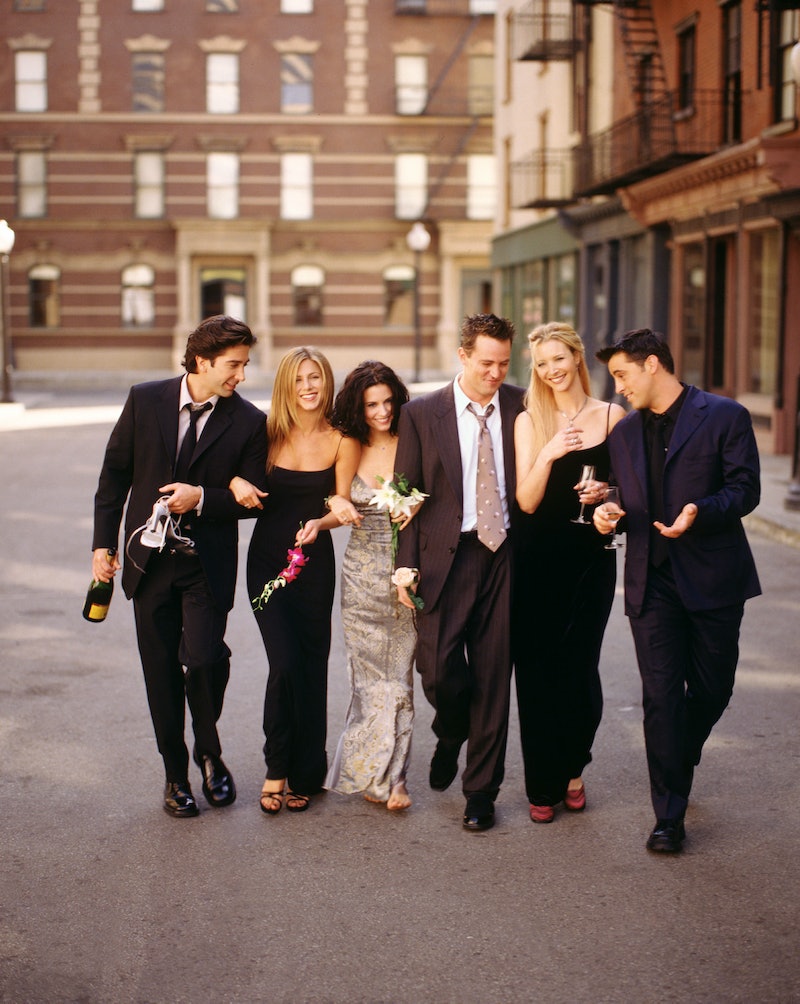 While we await the long-delayed and eagerly-anticipated Friends HBO Max reunion, Courteney Cox is tiding us over with a little song and dance. On Wednesday, Feb. 17, Cox played the Friends theme song, "I'll Be There For You," on the piano in a video she shared to Instagram. The actress, who played Monica Gellar on 10 seasons of the hit sitcom, was accompanied by musician Joel Taylor on the guitar. Cox, 56, didn't miss a beat during her rendition of The Rembrandts' classic — even stopping to clap her hands along to the beat.

“How’d I do?” she captioned the video, which has been viewed more than 1.5 million times already. “Let me know what I should learn next below.” Several A-listers commented on Cox's cover, including Mariska Hargitay, who wrote, “So awesome court!” Queer Eye's Tan France added, "Hahaha. Yessss," alongside several clapping emojis. Molly Shannon chimed in, “This is just fantastic. you are adorable,” while David Beckham responded with fire and heart emojis.

As it turns out, Cox has been spending a lot of time tickling the ivories while at home. In recent months, she's shared piano covers of Olivia Rodrigo's "drivers license," Brandi Carlile's "The Joke," and "Burn" from Hamilton alongside her 16-year-old daughter, Coco, whom she shares with ex-husband David Arquette.

Cox's rendition of the Friends theme song arrives as the cast prepares to film their buzzy HBO Max reunion. Late last year, Matthew Perry, who played Cox's onscreen husband Chandler Bing, said the Friends reunion will begin filming in March 2021. The streaming special will mark the first time all six OG Central Perk enthusiasts, including Cox, Perry, Jennifer Aniston, David Schwimmer, Lisa Kudrow, and Matt LeBlanc are in the same room together professionally. This unscripted reunion was meant to air on May 27, 2020 to coincide with the launch of HBO Max, where you can watch the entire series. But the coronavirus pandemic delayed those plans several times.

About a year ago, Cox teased the Friends reunion and the prospect of meeting her costars on that iconic yet eyesore of an orange couch once more. "So the exciting thing is that we're all going to get together for the first time, in a room, and actually talk about the show, and it's going to be on HBO Max, and I'm so excited," she told E! News last February. "We really haven't all done that and actually sat there and talked about and reminisced about this incredible experience that we had."

Petition to have Cox perform the Friends theme song at this reunion begins now.