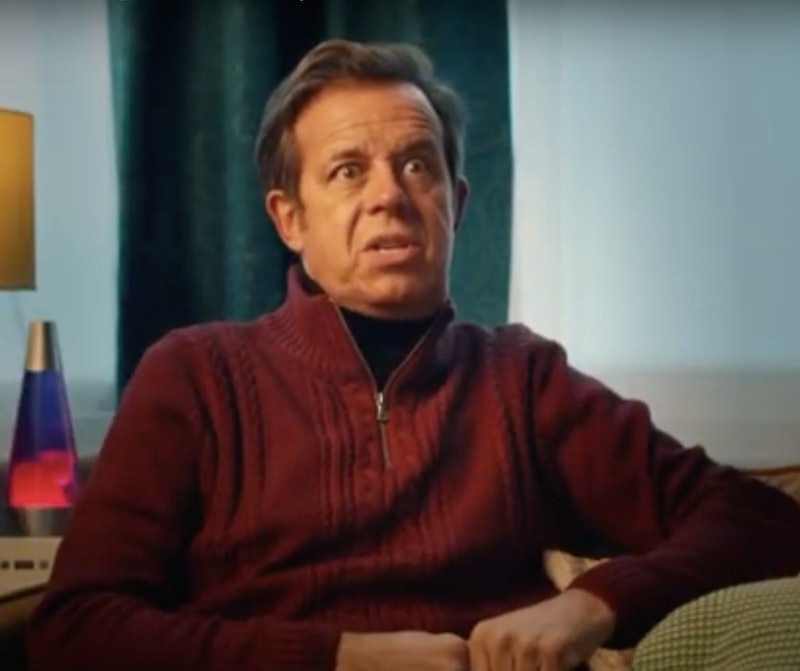 After the very, very exciting news that Quavers will be reviving two of its popular flavours from the '90a, including prawn cocktail, the crisp brand followed up with a new advert to celebrate '90s throwbacks and "flavours that take you back." The new ad sees a teen attempt to figure out which of his parents munched on all the Quavers in the house (relatable) but is the dad in the new Quavers ad Pat Sharp? Some beady-eyed millennials have spotted a familiar face.

Well, to put it simple – yes! TV and radio legend Pat Sharp is most definitely the dad in the new advert, although he looks a lot different from his children's TV days.

Millennials may remember Sharp sporting a seriously good mullet while presenting the kids' game show Fun House (ah, I can hear the theme tune now...). Sharp was a regular fixture on children's TV before moving on daytime television and radio.

"Prawn and cocktail quavers? Haven't seen those since the '90s," he tells his son in the ad as he hides the pack of crisps behind his back. The nostalgia is almost too much at this point...

It was first announced in December 2020 that Quavers would be dropping both the Prawn and Cocktail and Salt and Vinegar flavours in January 2021. And they’ve finally arrived!

You can grab a bag for 85p or a multipack of six for £1.50 at Tesco, Morrisons, Asda, and Co-op stores, as well as online and in independent convenience stores.

Add a pack of Rolos and a Freddo bar to make it a truly '90s snacking experience...