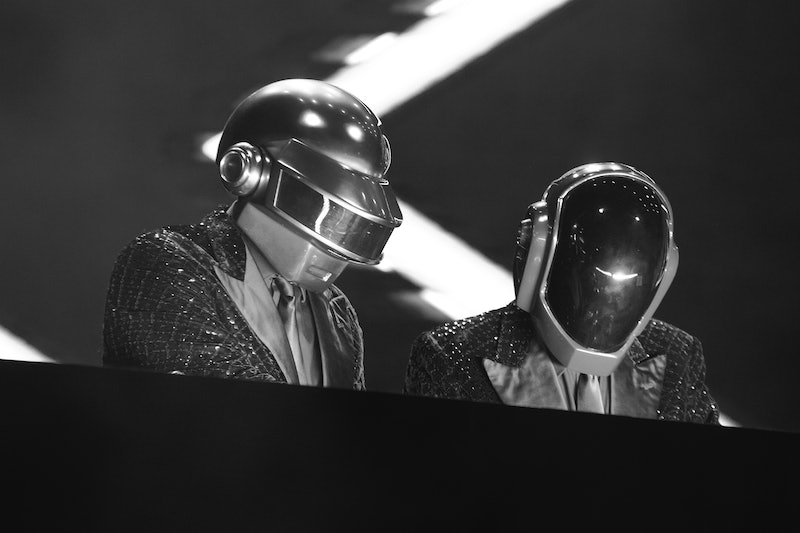 Daft Punk fans won't get lucky anytime soon: Thomas Bangalter and Guy-Manuel de Homem-Christo will not come back one more time. Daft Punk has officially split up after 27 years, the band announced on Monday, Feb. 22. Their longtime publicist Kathryn Frazier confirmed the news to Variety, declining to provide any further details.

The French electronic duo announced their retirement in a YouTube video titled "Epilogue," giving fans the proper melodrama that should accompany the split of a hugely influential yet elusive group. The eight-minute clip sees the duo walking in the desert, donning their signature metallic space helmets. One of the members looks at the other before revealing an energy pack on the back of his leather jacket, which the other member pushes, starting a one-minute countdown to his explosion.

The scene cuts to a gravestone-like memorial, featuring an image of Daft Punk's gold and silver gloves linking together captioned with "1993-2021," commemorating the years of their formation and split. The video then concludes with a scene of the other member walking off into the sunset, soundtracked by "Touch" from their 2013 album Random Access Memories. As confirmed by the New York Times, most of the footage comes from the ending sequence of their 2006 sci-fi film Electroma.

Bangalter and de Homem-Christo began making music together as teenagers in school, eventually forming Daft Punk. The duo became one of today's biggest influences on electronic music with hits like "One More Time" and "Technologic," but they always managed to keep themselves shrouded in mystery. Their last album, 2013's Random Access Memories, won the Grammy for Album of the Year (never forget Taylor Swift briefly thinking she had won) and scored one of the year's biggest hits with the Pharrell-assisted "Get Lucky."

The duo has kept a low profile since then, with their last and seemingly final songs being two collaborations with The Weeknd for his 2016 album Starboy. However, given that the duo hasn't released their own music in over seven years and their history of huge stunts to promote upcoming projects, some are dubious about whether Daft Punk are actually calling it quits. Even electronic artist Glass Animals joked that he would see their "comeback tour" soon.

Only time will tell if Bangalter and de Homem-Christo are bluffing about their retirement. Although their publicist refused to expand on the news, Variety reported that both members could continue to work on music under new monikers, going as far to speculate that this announcement could mark the start of a new project. Perhaps they'll finally headline Coachella again one day, as fans have been begging for since their acclaimed 2006 set — just, you know, not as Daft Punk.

More like this
25 Years Later, Mariah Carey Re-Releases 'Butterfly' With 8 New Songs
By Jake Viswanath
The Spice Girls Just Dropped A Brand New Music Video
By Sam Ramsden
20 Years Later, Kelly Clarkson & 'American Idol' Judges Reunite For Her Hollywood Walk Of Fame Star
By Radhika Menon
Taylor Swift Wants To Direct A Movie Next — But You Might Have To Wait
By Radhika Menon
Get Even More From Bustle — Sign Up For The Newsletter