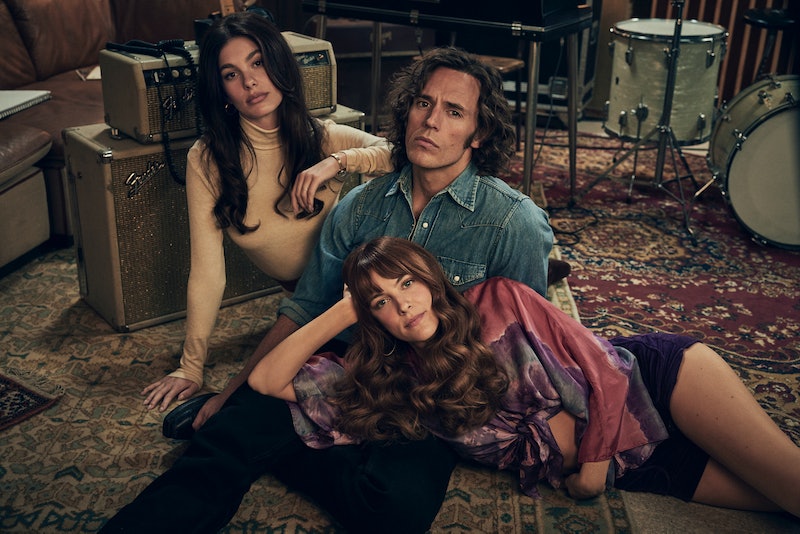 The multi-talented actor and producer Reese Witherspoon is adapting the best-selling novel Daisy Jones & The Six into a TV series. Written by Taylor Jenkins-Reid, The New York Times best-seller was published back in 2019 and tells a tale of music, fame, and fortune amid the backdrop of Los Angeles in the 1970s. Having landed many five-star reviews, the esteemed novel explores themes of sex, drugs, and rock’n’roll.

In a seemingly full circle moment, Witherspoon’s review of the work made it onto the cover of the published book. Her review read, “I fell head over heels with Daisy and devoured this in a day.” So, it’s no wonder Witherspoon’s production company Hello Sunshine is behind the TV adaptation of the book, alongside Amazon Studios. Read on for everything to know so far about the TV series Daisy Jones & The Six.

On Dec. 6, Vanity Fair revealed that Daisy Jones & The Six will debut on March 3, 2023. Once released, the 12-part series will be available to stream on Prime Video. According to an Instagram post shared by star Sam Claflin, filming for the series wrapped up earlier this year in May 2022.

The Daisy Jones & The Six novel is set in the 1970s and follows the main character, solo singer Daisy Jones. The wannabe starlet finds a home with her band, The Six, but breaks up with them after one album. Chaos and drama ensues, especially when the band’s de-facto leader, Billy Dunne, clashes with Daisy on just about everything.

Although the book is written in a documentary style, the story is entirely fictional. Witherspoon's TV adaptation of the book is set to include acting portrayals of real rock stars, too, including Iggy Pop, Jimmy Page, and IRL ‘groupie’ Sable Starr.

However, although a fictional story overall, Jenkins-Reid shared in a blog post for Hello Sunshine that the relationship between Daisy and Billy was based on Fleetwood Mac’s Stevie Nicks and Lindsey Buckingham.

Speaking to The Hollywood Reporter in July 2018 when the TV adaptation was first announced, Witherspoon said, “As soon as I started reading Daisy Jones & The Six, I immediately fell head over heels in love with it, and I’m thrilled to be bringing it to the screen with Amazon and Jen Salke, whose passionate pursuit of the material spoke volumes.”

On Jan. 25, Prime Video debuted the official Daisy Jones & The Six teaser trailer, featuring “Regret Me,” one of 24 original songs written for the musical-drama series and recorded by the cast. (A full-length album, titled Aurora, will also drop on March 3.) In addition to premiering the soundtrack’s lead single, the sneak peek also features clips of the fictional band writing music together and performing while also previewing Daisy and Billy’s rocky relationship.

This article will be updated as new information about Daisy Jones & The Six becomes available.

More like this
Twitter Is Burning As Phoebe Dynevor Reveals Daphne’s 'Bridgerton' Exit
By Sophie McEvoy
Turns Out George Clooney Is A Huge Fan Of This Classic British Game Show
By El Hunt
'The Last Of Us' Has Officially Been Renewed For Season 2
By Darshita Goyal
Michaela Coel Has Some *Thoughts* About The Nepo Baby Discourse
By Maxine Harrison
Get The Very Best Of Bustle/UK
Sign up for Bustle UK's twice-weekly newsletter, featuring the latest must-watch TV, moving personal stories, and expert advice on the hottest viral buys.

This article was originally published on Sep. 2, 2022