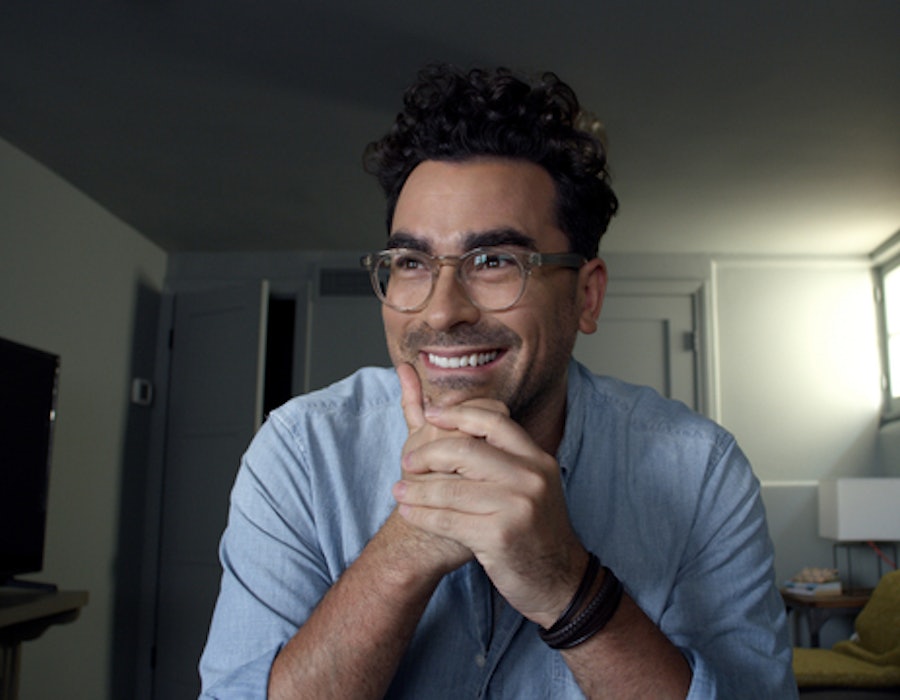 While writing HBO’s new pandemic special Coastal Elites, Paul Rudnick wanted to create a verboten sense of intimacy. “I wanted it to be almost gossipy,” he tells Bustle. “That way in which we have our official faces, our official opinions... and then we've got what we really think and what we really say to the people we trust.”

Watching the special does feel like eavesdropping on a particularly unhinged Zoom call: five characters, all enervated by the special hells of 2020 and in varying states of emotional upheaval, stare into the camera and vent into a disembodied void. Bette Midler’s brash New Yorker dispatches from a police interrogation room in January, just after a baited confrontation with a MAGA-hatted Trump supporter; Sarah Paulson’s meditation guru melts down in May, following a dismaying visit to her COVID-denialist family; and Issa Rae’s wealthy philanthropist, wired from a day of Black Lives Matter protesting in June, recalls an incendiary run-in with her former boarding school classmate Ivanka during a White House visit.

Dan Levy’s monologue “Supergay” unfolds from the most consecrated place of all: in an emergency tele-session with a new therapist. He plays a conflicted gay actor who’s calling from LA in March, before the long months of purgatorial quarantine have had a chance to corrode his sanity. After a fraught audition process for a career-making role as the first openly gay superhero in a studio blockbuster, he’s still contending with the messy societal issues being in lockdown has only since made more plain. In his case, being asked to play an exaggerated stereotype for a character meant to represent something big and affirming for the queer people watching. The script resonated with Levy immediately.

“For a lot of gay actors that I know, we all have very similar stories of going into rooms and being asked to be a caricature that you're not 100% comfortable with, but you need the work. So you do it,” Levy explains. “It's that strange conversation that you have to have with yourself, knowing that you're compromising a little bit of who you are to get a job and trying to reconcile whether that's the right choice. But at the same time, if you don't get the job, you won't get more jobs [that will allow you to] build yourself to a place where you don't have to do that, or where you can effect some kind of change that shifts the kinds of roles that you'll be offered.”

Compelled after seeing a speech by the fervently anti-gay Vice President Mike Pence, Levy’s Mark Hesterman recounts how he used his final audition to address the movie’s villain, Valdor — and, more directly, the straight executives exploiting him. “Isn’t that right, Valdor?” he says, turning dead to screen. “You just think we’re what, sight gags or punchlines? People you can have prance around for your entertainment?”

Levy had a similar moment of personal reckoning in 2017, when he called out a Globe and Mail writer for criticizing his “feyness” on The Great Canadian Baking Show. He was roundly applauded for his courage in advocating against such casual homophobia, but what people didn’t see were the hours he spent agonizing over whether he’d overreacted.

“We're living in a very volatile world right now in terms of expressing any kind of hard opinion against something, [but] I'm so glad that I did it,” Levy says now, reflecting back on the experience. “I'm so glad that I was able to have the conversations that came from it. It's still dismaying that the newspaper took 10 days to address it and that the critic never spoke a word of it, but you realize that so much of what certain communities go through, other communities never get to see.”

Coastal Elites attempts to expose those closed door conversations, at times with more self-satisfaction than feels earned. Originally conceived as a live show at New York’s Public Theater and adapted after the coronavirus shutdown, the special is soapboxing a very specific subset of America — one who is, in all likelihood, already seeking out these perspectives or else already living them. But if you, like almost anyone with an internet connection, have found yourself on the same end of an exasperated rant within the last six months, there’s some bit of catharsis in seeing your rage so sharply vocalized. At least while you're taking that "short break" from doom-scrolling through Twitter.