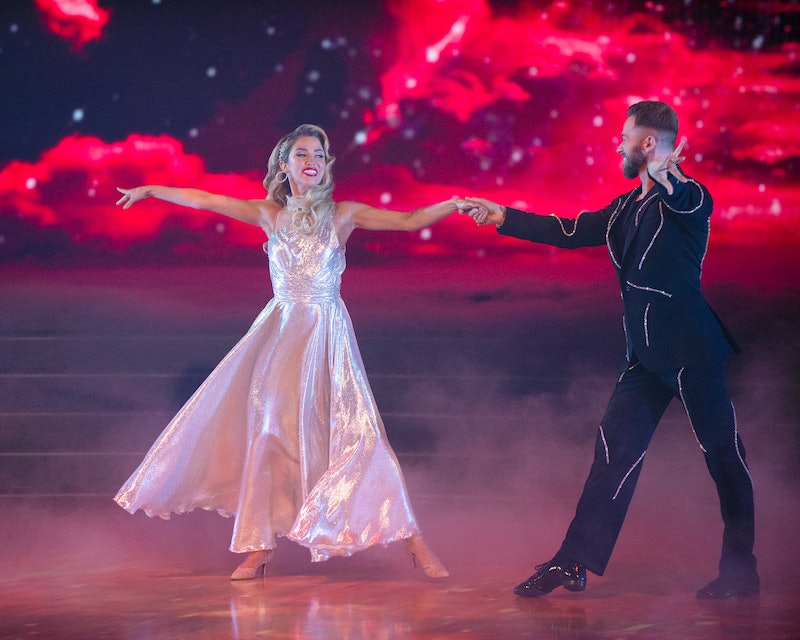 Almost two years ago, Dancing with the Stars judge Carrie Ann Inaba said she wanted the series to make it to its milestone 30th season. And lucky for devoted viewers, that wish will likely come true. ABC hasn't yet renewed DWTS for Season 30, but it's unlikely that the long-running show is going anywhere considering it's so close to that massive achievement — yes, even despite its 8% drop in viewership this year.

Bustle reached out to ABC for details about a potential 30th season, but has not heard back. In the meantime, here's how the show will likely shape up if it does return next year.

The last three seasons of DWTS all aired a year apart, so it's likely that ABC will continue with that format instead of the previous schedule that included two seasons per year. The show will most likely return in September 2021, since a fall premiere has been the norm for the series for years. If that happens, it's possible that Matt James — who begins his Bachelor season in January — will be available for filming. And if DWTS wants to give the popular franchise a run for its money in being the most dramatic show on the network, producers could also bring on Bachelorettes Tayshia Adams and Clare Crawley, making that three Bachelor Nation alums in one season.

Will Tyra Banks Return As The DWTS Host?

Season 29 saw a major shakeup to the show's hosting panel. Tom Bergeron and Erin Andrews were ousted in favor of Tyra Banks, who also signed on as an executive producer. According to Glamour, the details of Banks' contract are a secret, but her hosting gig is "presumed to be a multiyear deal" since she's part of the series' "new creative direction." Surely if Banks does decide to return, she'll continue to wow viewers with costume changes that perfectly align with each week's theme.

The only reason the Goodman wasn't a judge for Season 29 is due to pandemic-related travel restrictions, because he lives in London. Instead of sitting out this season, he periodically appeared via recorded videos to give advice to the celebrities and professional dancers. If the threat of COVID-19 eases by the time Season 30 films, he'll likely return to judge. He recently told the Scottish Sun, "I like going over there because it's 10 weeks of being in the sun and I only work one day a week," so he probably doesn't want to give that up.

Any Other Cast Or Judge Changes?

Derek Hough filled in for Goodman this fall, so if he returns, Hough may have to bow out. However, there have been four judges at a time before, which means there's still hope Hough will stay. Considering they've judged for all 29 seasons, Inaba and Bruno Tonioli are likely to return.

As for the pros, that list may change a bit. After taking a year off for parental leave, Lindsay Arnold is hoping to return for Season 30. "I want to be a part of this show for as long as they'll have me," she told Hollywood Life. "Whatever is best for my baby I am going to do, but I have every intention of coming back next season and I really look forward to it."

As the outlet pointed out, Season 15 of DWTS featured an all-stars celebrity cast, and the show could potentially do that again to mark another 15 years if and when it does return. For now, fans will have to wait to see how this season shakes out and for ABC to announce the future of the show.