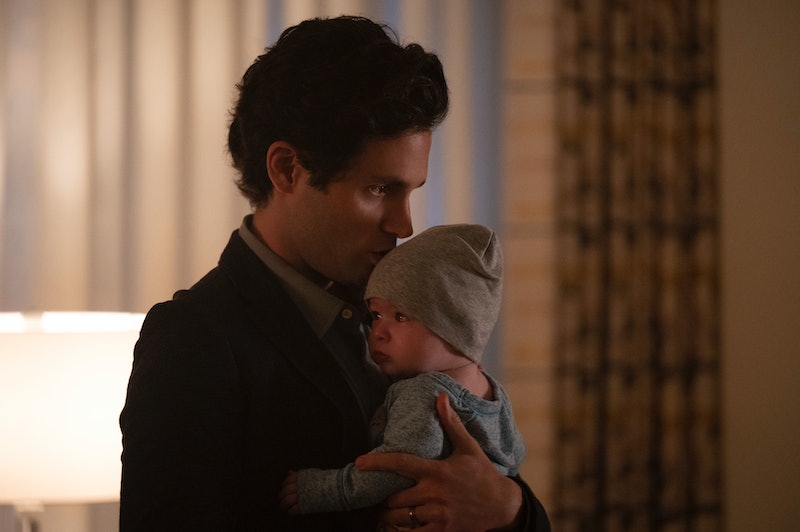 What makes a TV show or movie “dark”? If you think about it, that's actually a pretty broad description. The Harry Potter movies could be described as such, but then again so can Se7en — and those are very different films. Are horror flicks and thrillers the only ones that fit the label or do pitch-black comedies count, too? Rather than take a narrow view, this list of the best dark movies and TV shows on Netflix includes all manner of content that could qualify — with the notable exception of documentaries. (Netflix has a ton of documentaries available about depressing topics — the ones about murderers are enough to make a lengthy list on their own — so for this roundup, we'll stick to just fictional stories, and those inspired by real events.)

Some people want to counter all the gloom and stress in their lives by watching light-hearted comedies, and others want to ... just watch more gloomy, stressful things. To each their own, right? If you fall into the second category, this list is for you — and remember, Seinfeld is always there to stream afterward if you need it.

Below, check out 24 of the darkest TV shows and movies currently available on Netflix.

Jake Gyllenhaal, Robert Downey Jr., and Mark Ruffalo star in Zodiac, a film about the unsolved case of the Zodiac Killer. The serial killer who wreaked havoc on Northern California residents in the 1960s was never identified — but new developments continue to unfold more than half a century since his crimes became public.

Okay, so Bad Teacher isn’t dark in the traditional sense, but this comedy about a hilariously corrupt secondary school teacher (Cameron Diaz) will have you wondering just how many of your apparently upstanding educators were lying, conniving, pot-smoking cheaters. The film also stars Jason Segel, Justin Timberlake, and the ever-funny Phyllis Smith.

Don’t let the all-star cast of comedians fool you — this chilling psychological thriller is as dark as it gets. Sarah (Alison Brie) stars as a timid shopgirl grieving her mother’s recent death by suicide. As she begins experiencing vivid dreams about otherworldly beings, it’s unclear if Sarah is experiencing psychosis or if she’s actually being contacted by extraterrestrials. Horse Girl also stars Molly Shannon, John Reynolds, and Jay Duplass.

This 2019 film is adapted from the book The Phantom Prince: My Life with Ted Bundy, which was written by one of Bundy’s ex-girlfriends, Elizabeth Kendall. The movie stars Zac Efron as Bundy and Lily Collins as Kendall, and follows the pair’s relationship, revealing how even the people you’re closest to can hide parts of themselves.

Another movie based on a terrifying true story, this remake of the 1987 film of the same name follows a killer on the run who disguises himself as the unthinkable: a docile family man. When Michael (Penn Badgley) returns home from military school, he’s immediately suspicious of his mother’s new fiancé, David. After some investigating, he learns that “David” isn’t really who he says he is.

6. The Killing of a Sacred Deer

Bonafide weirdo Yargos Lanthimos (Dogtooth, The Lobster) delves into darker territory with The Killing of a Sacred Deer, starring Colin Farrell, Nicole Kidman, and Barry Keoghan. A heart surgeon (Farrell) befriends a lonely teenage boy named Martin (Keoghan), who has a strange connection to his past. The events that unfold are as eerie as Keoghan’s chilling performance.

7. It Comes at Night

What could be darker than a film about a pandemic that confines people to their homes? It Comes At Night stars Joel Edgerton as a man who goes to insanely great (but necessary) lengths to protect his family from a deadly disease. If there’s one thing to take away from this movie, it’s this: Always leave the door locked.

Guillermo del Toro’s fantastical Pan’s Labyrinth proves that fairy tales aren’t always glittery and whimsical — sometimes they’re ominous and gloomy. This one follows a young girl in Franco-era Spain, the daughter of a cruel military leader. As she struggles to cope in her bleak world, she’s pulled into an even darker, more fantastical one.

Based on real events, this Italian-language film follows a prosecutor (Alessio Bonni) who becomes obsessed with solving the murder of 13-year-old Yara Gambirasio, and goes to extreme lengths to crack the case. It’s more of a thriller than a horror, but regardless, you’ll still want to sleep with the lights on after this one.

Snowpiercer is set in a post-apocalyptic future where the Earth has entered another ice age, and the only remaining humans live aboard a train that circles the planet. The problem (well, one of them, anyway) is that the passengers are separated by class, with the poorest among them living in a hellscape at the back of the train.

Tom Ford’s Nocturnal Animals is as eerie as it is captivating. When Susan (Amy Adams) receives a manuscript written by her ex-husband Edward (Jake Gyllenhaal), she becomes consumed in a story that may or may not be based in truth. As the past creeps into the present, and fiction encroaches on reality, Susan begins to unravel.

12. The Legacy of the Bones

Adapted from the second installment in Dolores Redondo’s famed Batzán Trilogy, this Spanish-language film is described as a “supernatural crime-thriller” — and it delivers on all counts. When Amaia (Marta Etura) returns to the Baztán valley to investigate a suicide, she realizes her new case may be tied to the murders she solved the year before.

Unless you’ve been living under a rock, you probably already know of Breaking Bad, and that it’s won a ton of awards, including four Emmys for lead actor Bryan Cranston. If you’ve somehow missed it — or are ready for a rewatch — all five seasons of the AMC smash hit are on Netflix.

If you’re a fan of the ’90s sitcom Sabrina the Teenage Witch starring Melisa Joan Hart, this show is … very different. The Riverdale spinoff stars Kiernan Shipka as the eponymous teenage witch, and focuses on the darker aspects of Sabrina’s witchcraft.

Each season of The Sinner follows an investigation into a different crime. (If you're interested in the Jessica Biel one, which earned her an Emmy nomination, that's the first season.) The show recently ended with its fourth season earlier this year, and it’s now available in full on Netflix.

Dan Humphrey is back! Only this time, Penn Badgley is playing a serial killer. Now in its third season, the Lifetime thriller-turned-Netflix series is a bonafide smash hit. It takes a slightly different turn in its most recent run, but no spoilers: If you want to find out what happens to the nefarious bookstore clerk, you’ll have to tune in.

The scariest thing about Black Mirror, which is supposedly speculative fiction, is that some of its eerie could theoretically happen in real life. So if you're scared of say, technology changing the entirety of the human condition, then Black Mirror probably isn't for you. But if that isn't too terrifying and you’re into dystopias, then go for it. Just don’t say you weren’t warned.

Stranger Things might be about kids, but that doesn’t mean it’s a show for kids. For one, it's spooky as all hell. Secondly, there are supernatural forces and otherworldly monsters trying to abduct the cast of pre-teen heroes. And thirdly, it involves sinister scientific tests conducted on children in a secret government laboratory. (If that isn’t enough to get you to watch it, it also stars Winona Ryder. Enough said.)

So this British series isn’t about an apocalypse, but rather about two teenagers who feel like it’s the end of the f***ing world. And at that age, is there even a difference? Alyssa (Jessica Barden) and James (Alex Lawther) decide to run away together. But James has a sinister ulterior motive, which might just lead to the death of his new pal.

This Netflix Original is about a family with a dark past — and an even darker present. The first season, which stars Ben Mendelsohn and Kyle Chandler, is arguably the best and most polished. But after finishing those 13 episodes, it’ll be tempting to follow it all the way through, just so you can know what happens.

Narcos, another Netflix Original, is about the life and death of the infamous drug lord Pablo Escobar. There is also a spin-off, Narcos: Mexico, which is focused on drug trafficking in Mexico in the ’80s rather than in Colombia. Both are chilling and exciting in different ways, and definitely worth watching, one after the other.

Arguably the darkest comedy on Netflix, the animated series BoJack Horseman follows the titular anthropomorphic horse (voiced by Will Arnett), a washed up ’90s sitcom actor trying to reinvent his career. The earlier seasons are more funny than the later ones, which tackle very real issues, and may or may not leave you with a full-blown existential crisis.

If you’re a fan of the lighthearted and fun Archie comics, the CW series may surprise you. This Riverdale hones in on the seedier aspects of the eponymous town, and it quickly gained a dedicated fandom after its premiere in 2017. If you haven’t watched it yet, this is definitely another series to watch back-to-back.

More like this
Here’s Everything Coming To & Leaving Netflix In February
By Jake Viswanath
Netflix Shut Down 'Bridgerton' S3 Rumours About A “Very Dark” Storyline
By Bustle
The OG Power Rangers Are Returning For A Spandex-Clad Special
By El Hunt
At 28, Rosie Perez Risked Her Career To Stop Playing Stereotypes
By Gabrielle Bondi
Get Even More From Bustle — Sign Up For The Newsletter
From hair trends to relationship advice, our daily newsletter has everything you need to sound like a person who’s on TikTok, even if you aren’t.

This article was originally published on June 10, 2019