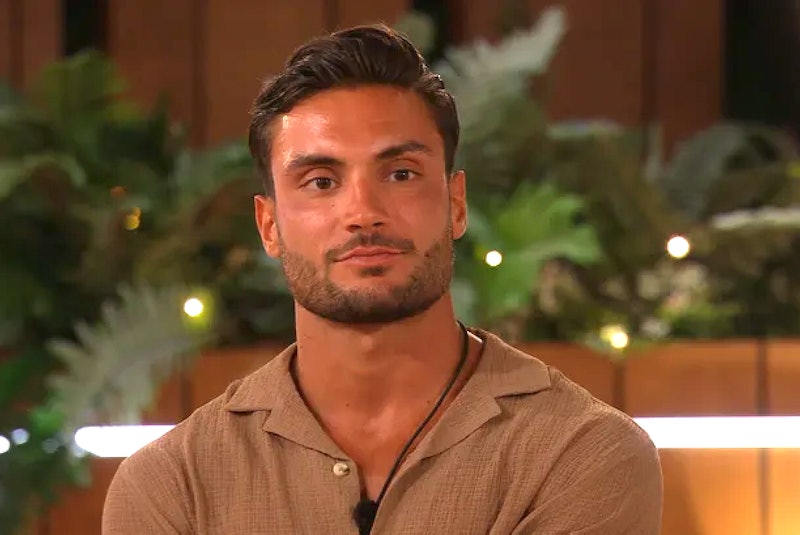 After almost two sizzling summer months, Love Island Season 8 has reached its end. The series concluded with David Sanclimenti and Ekin-Su Cülcüloğlu being crowned the winning couple, with Gemma Owen and Luca Bish, Dami Hope and Indiyah Polack, and Andrew Le Page and Tasha Ghouri finishing in second, third, and fourth place, respectively. But, what else is there to know about the Italian-born Love Island winner Sanclimenti? Read on to find out more about Davide, including his job, Instagram, and his Love Island plans prior to entering the villa.

Born in Rome and now living in Manchester, 27-year-old Davide is a business owner. According to his LinkedIn, he’s a finance professional and entrepreneur and is currently the director of hospitality service SDeluxe Shisha — which provides hookah products to nightclubs and restaurants.

As per the Daily Mail, the Love Island winner launched the business in Manchester in May 2021, and claims to use “the best manufacturers in the world.” Alongside his entrepreneurial achievements, Davide has also earned two master's degrees in finance and banking.

Following his Love Island victory, many fans of the show were shocked to learn of his financial and employment status. “Davide has 2 master's degrees and owns his own business. He’s a millionaire as well. He came on Love Island for vibes,” one fan joked on Twitter. “Davide owns a multimillion pound shisha company, I don’t know if any of these people needed 50k,” another commented.

It’s clear to see Davide is a fitness buff, and his Instagram is no different. Among some photos from exotic places, the business owner regularly shares topless shots with his followers. Prior to his Love Island stint, Davide’s account had a following of just over 3,000, a number that has now exceeded 1 million.

What Else Is There To Know About Davide?

Before entering the villa and meeting his eventual soulmate Ekin-Su, Davide revealed that he’s a “relationship kind of guy” and is looking for someone to settle down with. As he nears the big 30, the Italian stallion also said he is “getting serious” about his life goals. “My biggest dream is to find someone I can spend the rest of my life with,” he said when asked what he’ll bring to the villa. “I want to find my soulmate, find my person so I can actually build something in the future, grow with them, be a family.”

Davide also described himself as very picky, saying “It’s difficult to find someone that I really fancy but when I do, I become really close with the person”.

The Love Island champ also disclosed that falling in love quickly doesn’t come naturally to him, but he does “show interest” very fast.

This article was originally published on May 30, 2022