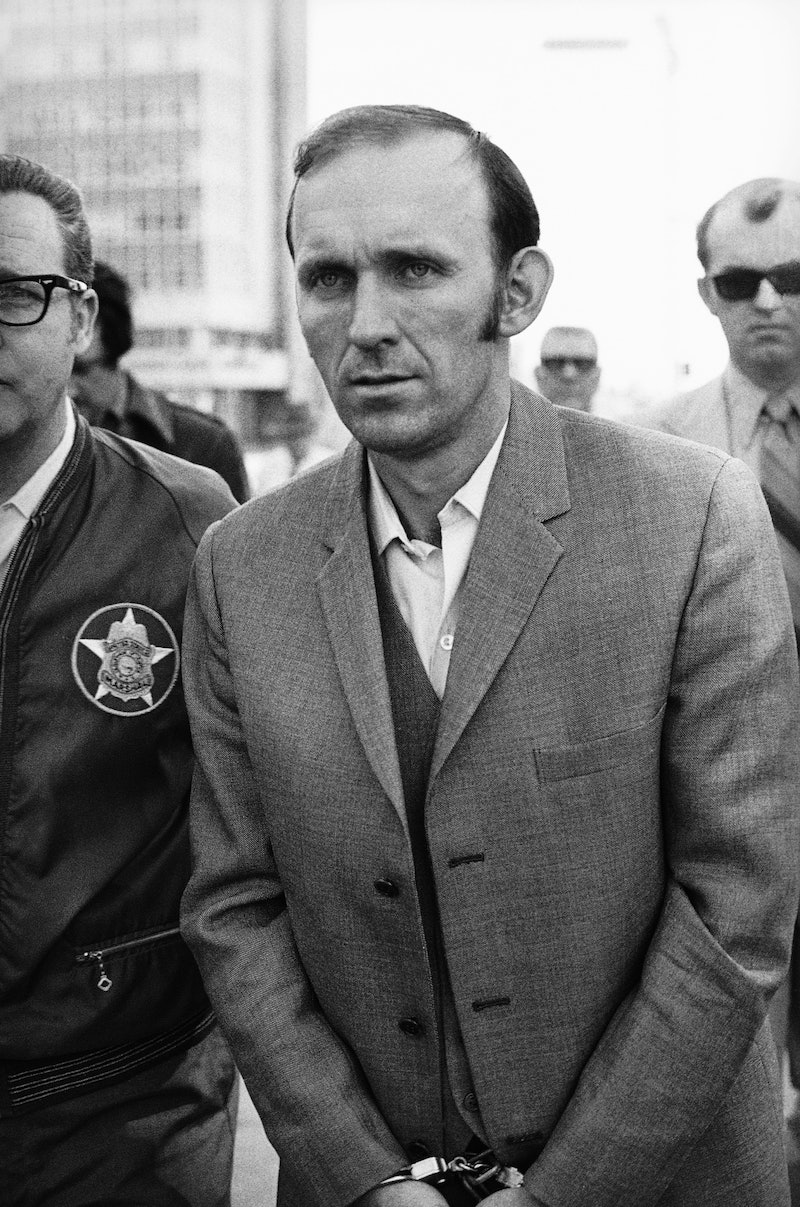 D.B. Cooper's real identity has remained a mystery for nearly 50 years, but HBO is once again dredging up the case for their new documentary The Mystery of D.B. Cooper. Using the alias "Dan Cooper" (later misheard and popularized as D.B. Cooper), a man boarded a Portland flight on Nov. 24, 1971. He hijacked the plane, demanded $200,000 in ransom money, and then parachuted to an unknown fate. No trace of him was ever found.

Over the years ,there have been countless D.B. Cooper theories, and so little is known about the man that it's easy to see truth in all of them. The FBI files described him simply as "a nondescript man" who appeared to be in his mid-40s and was wearing a black business suit. The fingerprints provided no matches, as the DNA they pulled from the plane can only exclude, not positively identify, someone. If he were alive today, he would likely be in his late 90s, but the FBI closed the case in 2016.

Unsurprisingly, every passing year only makes it more difficult to prove or refute any claims about D.B. But the subjects of the documentary are all convinced they know who it was. Here are the four main theories presented in the show.

The first subject is Jo Weber, who believes her deceased husband Duane Weber was D.B. Cooper. According to Jo, Duane Weber confessed on his deathbed in 1995, saying, "I have a secret to tell you. I'm Dan Cooper." Jo also alleges that Duane used to sleep-talk about "leaving finger prints on a plane" and had an old knee injury that he claimed was from a plane jump. Furthermore, he kept a local library book about D.B. Cooper.

Though FBI agents noted that Duane Weber matched the composite sketch and description, they told Jo it was way more likely that D.B. Cooper simply died in the parachute jump.

Ron and Pat Foreman, meanwhile, believe D.B. Cooper was their friend Barbara Dayton, who is transgender. In The Legend of D.B. Cooper, the Foremans wrote that they met Dayton through an aviation meetup group. The group often talked about D.B. Cooper, and they claimed that Dayton would often become "agitated and vocal" whenever someone proposed a ridiculous theory about the heist. Eventually, Dayton confided in them that she had undergone transition surgery and was indeed D.B. Cooper. She even gave them a detailed explanation of how she pulled it off.

Per Mental Floss, Dayton died in 2002 due to pulmonary disease, and the FBI dismissed the Foremans' suspicions because she was the wrong height and the DNA samples didn't match.

Marla Cooper believes her uncle, Lynn Doyle Cooper, was the hijacker. She alleges that L.D. worked alongside his brother Dewey Max Cooper to pull it off. As both Marla and her mother Grace Hailey told ABC News in 2011, Marla overheard her uncles say, "Our money problems are over, we hijacked an airplane," when she was eight. The day after the flight was hijacked, L.D. came home wearing a bloody shirt — a car accident, he said. L.D. disappeared after that, and Marla was told he maybe died in 1999.

Her family turned over one of L.D. Cooper's old guitar straps for possible DNA samples, but the FBI said the material made it too difficult to lift fingerprints from.

Finally, Ben Anjewierden thinks his old acquaintance Richard Floyd McCoy was D.B. Cooper. Per The Los Angeles Times, McCoy was a Mormon Sunday school teacher who hijacked a Los Angeles-bound plane in April 1972, just a few months after the D.B. Cooper incident and using similar methods. McCoy was caught and sentenced to 45 years in prison, but later managed to escape. He was killed in a gunfight with FBI agents in July 1972.

In his book Beyond a Reasonable Doubt (D.B. Cooper No Longer a Mystery), former investigator Bernie Rhoades wrote that McCoy refused to confirm or deny that he was D.B. Cooper in his pre-sentencing interviews. Both men were similar in appearance and used the exact same M.O., right down to the number of parachutes requested and the notes passed to the flight attendants. It's perhaps the most compelling theory of the bunch, but with McCoy now dead, the case may remain forever unsolved.