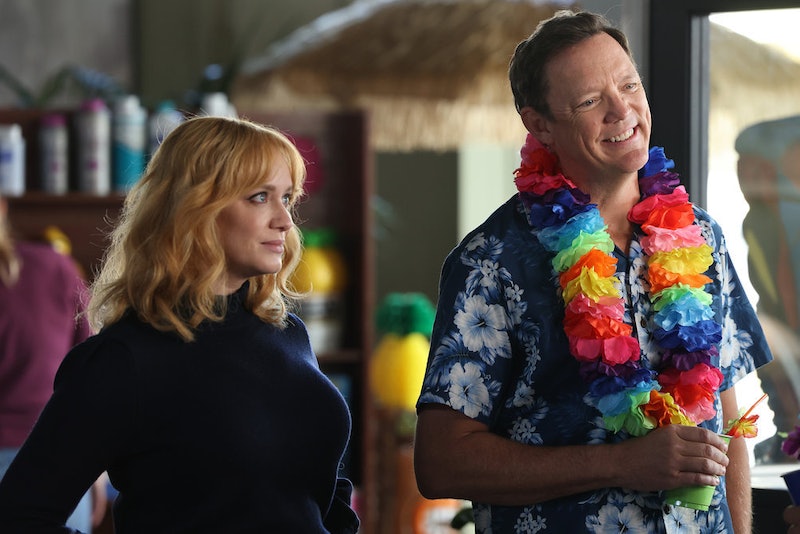 via the NBC press site

Spoilers ahead for Good Girls Season 4, Episode 2. When Beth, Ruby, and Annie entered into a life of crime, part of their plan was to hide in plain sight. After all, who would suspect three suburban moms were behind a $500,000 robbery? Now, that same assumption has come back around to bite them — or at least Dean, who got arrested for all the crimes the women have committed since their initial robbery.

To be fair, everything does seem to point back to Dean. He’s heavily involved in the hot tub business, and he could very easily appear to be the face of the operation. When Boland Motors was raided in Season 2, it was Beth, not Dean, who Agent Turner was targeting. But he never turned in either of them because he caught Rio at the end of the season, and with him now gone, there’s no one to set the record straight. Or at least, no one the FBI will listen to, despite Phoebe’s efforts to point out all the evidence that Beth is the real culprit.

With the FBI now breathing down their necks, Lucy’s murder isn’t the only crime the women have to tiptoe around. Beth will need to figure out how to continue printing cash without the feds catching whiff — not to mention carrying out her hit on Rio. And even if she pulls that off, there are other ways she might wind up getting caught. Dean could decide to admit she was the one cooking the books, or perhaps during the FBI’s investigation of Boland Bubbles, they’ll find the very incriminatory letter she left nestled in the back of the family portrait in her office. Given that last week, Beth got the one-up on Rio — a move he historically has not loved — it’s possible that he might try to use the situation with Dean to his advantage and get her back under his control.

On a more personal note, this will likely spell trouble for Beth and Dean. Though the two were never quite happily married, they seemed to be doing better as partners at home and work. Now that Dean knows (or will know) that was all because Beth was lying to him about Rio’s involvement in the business, he’s sure to retaliate. And as the Good Girls bosses have teased, it won’t be pretty.

“There's a lot of fun sort of comedic men versus women themes running through the season,” showrunner Jenna Bans recently told TV Guide. “Dean himself sort of falls into a group of guys who really sort of want to take back the night in terms of fighting back against feminism — men's rights, which is fun, and we play it for comedy. But we always like to have something a little real underneath.”

More like this
'Grey's Anatomy's New Intern Got Advice From Dr. Bailey Herself
By Grace Wehniainen
‘RHOSLC’ Star Jen Shah’s Arrest & Legal Drama, Explained
By Brad Witter and Jake Viswanath
Caleb McLaughlin Details Racism From 'Stranger Things' Fans
By Radhika Menon
'The Rings Of Power' Episode 6 May Reveal Sauron’s Identity
By Grace Wehniainen
Get Even More From Bustle — Sign Up For The Newsletter