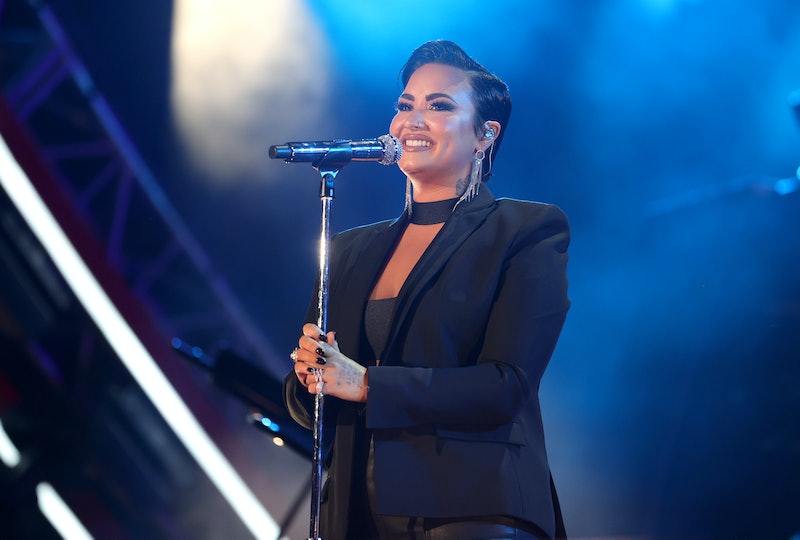 Demi Lovato may be hitting the stage for the last time. On Sept. 13, the Grammy-nominated singer, who just finished the South American leg of her Holy Fvck Tour, wrote in a now-deleted Instagram story that the tour would be her last, seemingly motivated by an unspecified illness.

Lovato, who uses both she and they pronouns, shared a photo of the view from her hotel room in Santiago, Chile, and announced that she was “so f*cking sick I can’t get out of bed,” as captured by PopCrave. In her next slide, she wrote, “I can’t do this anymore,” and then declared that her upcoming run of U.S. shows would be her final tour. “This next tour will be my last, I love and thank you guys,” she wrote, before deleting all of her statements.

Lovato had yet to clarify whether her ongoing tour would actually be her last, but that night, the show went on. The “Substance” singer returned to Instagram Stories to reassure fans that she would “power through” the show for them. Sharing a mirror selfie from backstage, she asked the Santiago crowd for their help. “I barely have a voice,” she explained. “I’m gonna be pointing the mic to the audience a lot tonight. Please sing for me.” They clearly came through, as Lovato thanked her fans on Instagram after the show. “You guys reeeally pulled thru tonight,” she wrote. “Thank you so f*cking much - I love you more than you know.”

Lovato’s comments come after several young artists scrapped their touring plans for health reasons. On Sept. 6, Justin Bieber, who shares manager Scooter Braun with Lovato, announced that he was canceling his remaining Justice World Tour dates after recovering from Ramsey-Hunt Syndrome earlier in the summer. “I need to make my health the priority right now,” he said. In July, Shawn Mendes canceled his Wonder Tour after a few shows to focus on his mental health. “It has become more clear that I need to take the time I’ve never taken personally, to ground myself and come back stronger,” he explained at the time.

The Holy Fvck Tour is currently scheduled to resume in Sacramento on Sept. 22, meaning Lovato has over a week to rest up before her next leg of shows.