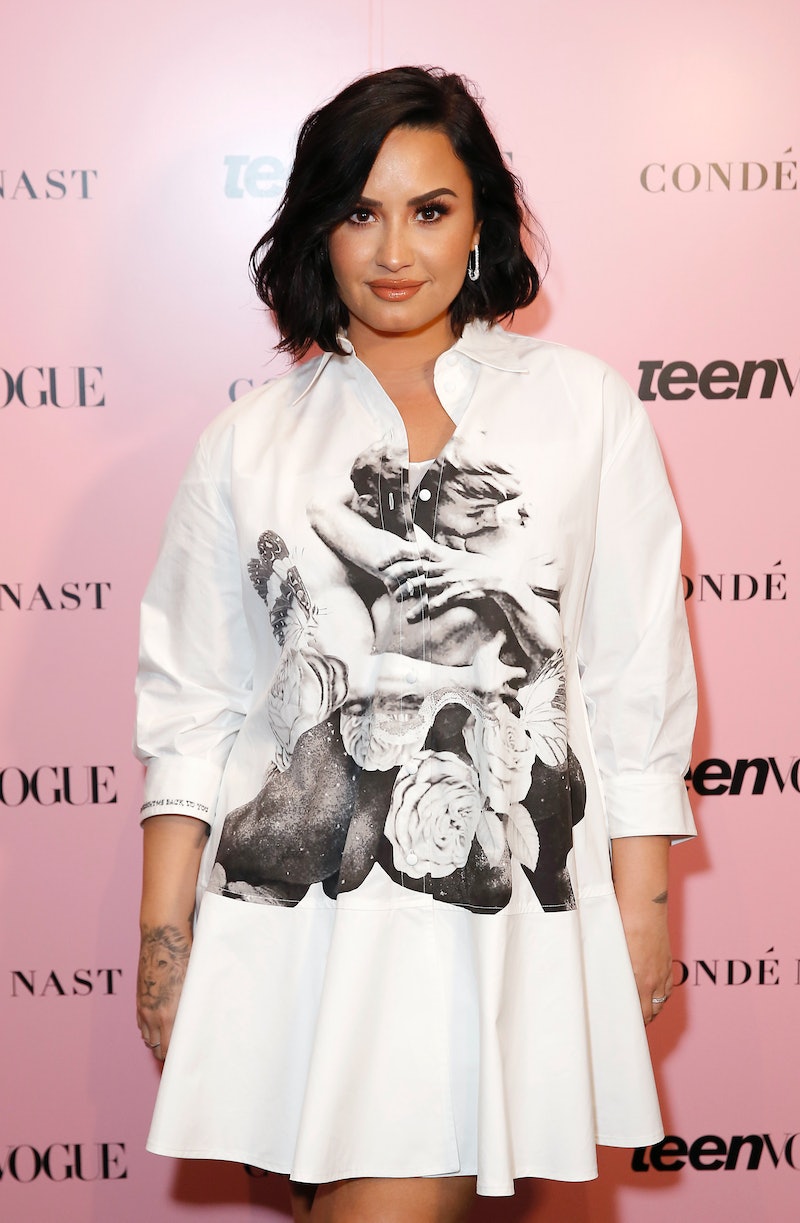 Demi Lovato’s engagement with former fiancé Max Ehrich may have been short-lived, but it did bring the singer a ton of clarity. Speaking to Glamour for the magazine’s March cover story, Lovato spoke openly about how her fleeting romance with Ehrich encouraged her to take control of her own life — and more specifically, her sexuality.

“When I started getting older, I started realizing how queer I really am,” Lovato revealed. “This past year I was engaged to a man, and when it didn’t work, I was like, This is a huge sign. I thought I was going to spend my life with someone. Now that I wasn’t going to, I felt this sense of relief that I could live my truth.”

Lovato and Ehrich first started dating in March 2020 and shocked fans when they announced their engagement in July. But in September, the pair called it quits. “It was a tough decision, but Demi and Max have decided to go their separate ways to focus on their respective careers,” a source told People at the time. And although Ehrich seemed to have a hard time with the breakup, reportedly calling it a “calculated PR stunt” and accusing the Lovato of using him as a “pawn,” it was the push Lovato needed to further explore her sexuality.

“I hooked up with a girl and was like, ‘I like this a lot more.’ It felt better. It felt right,” she explained. “Some of the guys I was hanging out with — when it would come time to be sexual or intimate, I would have this kind of visceral reaction. Like, ‘I just don’t want to put my mouth there.’ It wasn’t even based on the person it was with. I just found myself really appreciating the friendships of those people more than the romance, and I didn’t want the romance from anybody of the opposite sex.”

Still, the “I Love Me” singer — who described herself to Glamour as “really queer” and “too queer” to be in a relationship with a cis man — isn’t rushing to put a label on herself. “I know who I am and what I am, but I’m just waiting until a specific timeline to come out to the world as what I am,” she said. “I’m following my healers’ timeline, and I’m using this time to really study and educate myself on my journey and what I’m preparing to do.”

The journey, however, encompasses more than just Lovato’s sexuality; it includes her substance use and eating disorder recovery, too. Sometime after her 2018 overdose, it became clear to the singer that taking an “all-or-nothing” approach with substances wasn’t working for her. Most importantly, she recognized that recovery isn’t the same for everyone and that what’s right for her isn’t necessarily what’s right for someone else. “A one-size-fits-all solution does not work for everybody,” she noted.

Above all, Lovato wants to inspire others to take control in all aspects of their lives. “What I’m encouraging people to do is just make choices for themselves,” she said. “Autonomy, for me, is what changed my life.”

More like this
What Demi Lovato Really Thinks About Child Stardom, Depression, & Sobriety
By Radhika Menon
Who Is Nick Cannon Dating & How Many Kids Does He Have?
By Jordyn Tilchen and Radhika Menon
Khloé Kardashian Is Reportedly Dating A Private Equity Investor She Met Through Kim
By Jordyn Tilchen and Jake Viswanath
A New Portrait Shows King Charles With William & Kate Before The Queen’s Funeral
By Stephanie Topacio Long
Get Even More From Bustle — Sign Up For The Newsletter