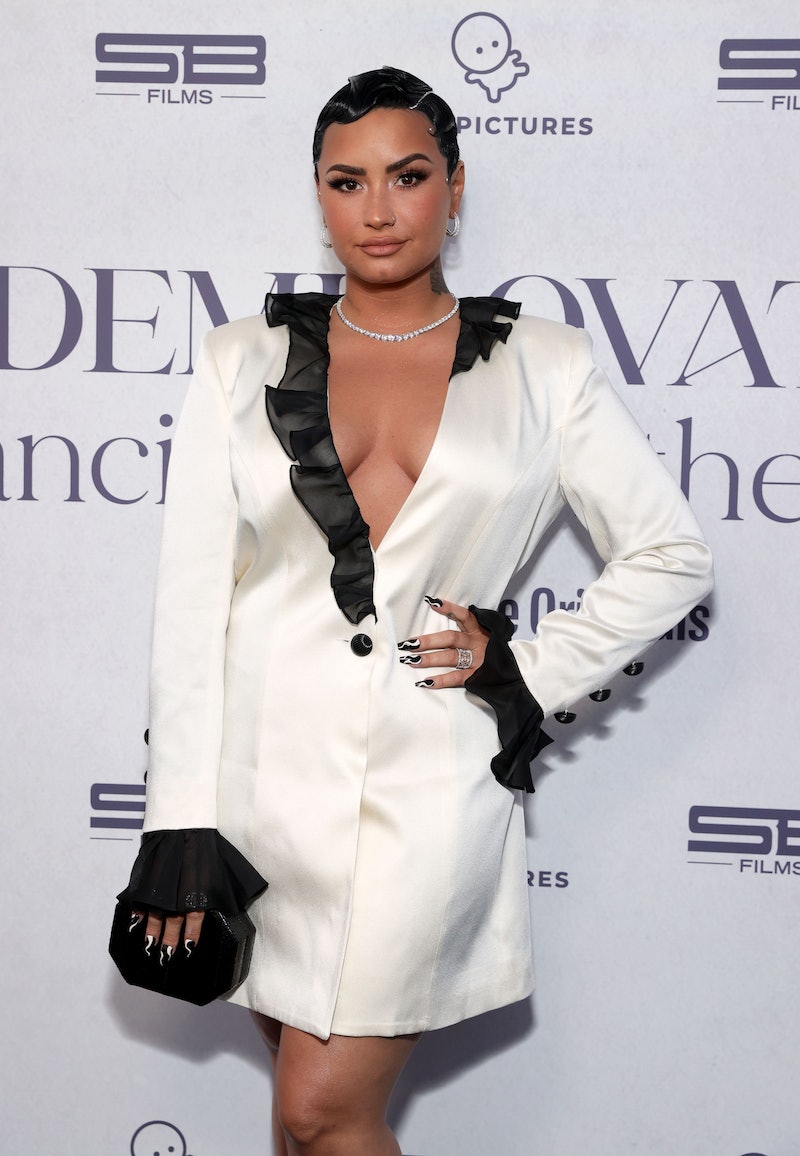 Demi Lovato shocked the world mid-pandemic when she got engaged to her then-boyfriend Max Ehrich after just four months of dating. But even though their relationship was short-lived, their split taught the “I Love Me” singer a lot about herself. “I really had myself fooled, because it was the safe and expected thing,” she said in a March 25 interview with Entertainment Weekly.

The pop star went on to explain that while she “cared deeply” about Ehrich, getting engaged to him was more about showing the world that she was doing OK following her 2018 overdose. “Now that I’m not engaged or married and I’m okay, I’m like, ‘Wow. Isn’t that so much more empowering?’” she continued. “It’s not this false sense of security.”

Lovato and Ehrich first started dating in March 2020 and announced their engagement in July. But in September, the pair called it quits. “The size of that ring, it made it really real,” Lovato said, adding that it was sort of a relief when she took it off for good. “The second it was off, I was like, ‘You know what? I’m good. I don't need that.’ I just don’t need an object on my finger to make me feel like I've got my sh*t together.”

In hindsight, the “Anyone” singer knows that she was attracted to the safety and security that comes with committing yourself to one person, even though it wasn’t the right decision at the time. “It looks like stability, but it doesn't mean that it is,” she explained. “And I don't actually grow through stability. I find that I like living not in chaos or crisis, but in fluidity. It's not [being] stuck and stagnant in an ideal or a tradition that was placed upon us by the patriarchy.”

Lovato’s latest statement goes hand in hand with what she told Glamour earlier this month about her sexuality. “When I started getting older, I started realizing how queer I really am,” she told the magazine. “This past year I was engaged to a man, and when it didn’t work, I was like, This is a huge sign. I thought I was going to spend my life with someone. Now that I wasn’t going to, I felt this sense of relief that I could live my truth.”

The singer went on to explain that their breakup made her realize that she prefers being with women. “I hooked up with a girl and was like, ‘I like this a lot more.’ It felt better. It felt right,” she said. “Some of the guys I was hanging out with — when it would come time to be sexual or intimate, I would have this kind of visceral reaction.”

These days, the singer — who recently released the first two episodes of her YouTube docuseries Demi Lovato: Dancing With the Devil — feels that she’s “too queer” to be in a relationship with a cis man. However, she’s not rushing to put a label on herself. “I know who I am and what I am, but I’m just waiting until a specific timeline to come out to the world as what I am,” she said. “I’m following my healers’ timeline, and I’m using this time to really study and educate myself on my journey and what I’m preparing to do.”

More like this
Kanye West Revealed The High Percentage Of Time Kim Kardashian Raises Their Kids
By Brad Witter
What Demi Lovato Really Thinks About Child Stardom, Depression, & Sobriety
By Radhika Menon
Khloé Kardashian Is Reportedly Dating A Private Equity Investor She Met Through Kim
By Jordyn Tilchen and Jake Viswanath
Who Is Nick Cannon Dating & How Many Kids Does He Have?
By Jordyn Tilchen and Radhika Menon
Get Even More From Bustle — Sign Up For The Newsletter