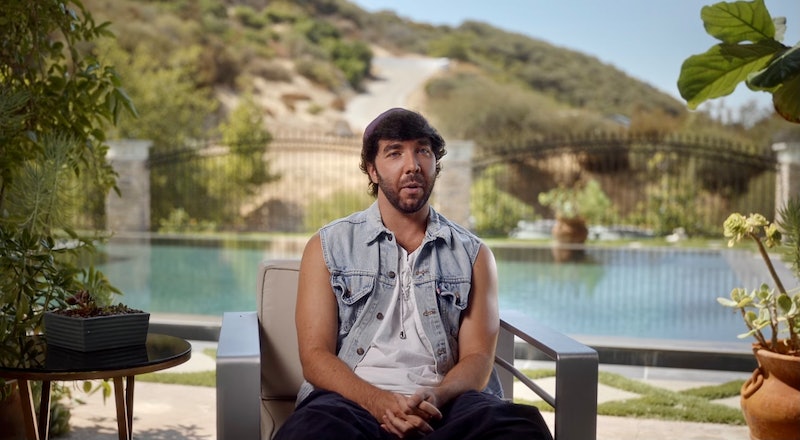 In the trailer for YouTube Originals’ docuseries Demi Lovato: Dancing with the Devil, Matthew Scott Montgomery admits that his longtime friend “should be dead” following her 2018 near-fatal overdose. In another moment, Montgomery seemingly asks producers’ permission to talk about heroin, and later tearfully recalls Lovato telling him she couldn’t see anything during her overdose. (Lovato recently told The New York Times that she “woke up legally blind in an intensive-care unit,” and it took about two months for her to regain most of her sight. She’s still unable to drive.) “I had three strokes,” Demi revealed in the documentary’s trailer. “I had a heart attack. My doctors said that I had five to 10 more minutes. ... I crossed a line that I had never crossed.”

Montgomery is one of those closest to Lovato from whom she kept the secret that she’d become “addicted to crack and heroin,” and though they’ve been friends for about a decade, he never knew the singer before her drug struggles began. After Lovato entered rehab for the first time in late 2010, the Disney Channel retooled her show, Sonny With a Chance, into the So Random! spinoff, which premiered in June 2011. Montgomery, who’s also appeared in Fred, Austin & Ally, Jessie, and Jane the Virgin, starred in So Random! during its one season on the air. Although Lovato never appeared in So Random!, Montgomery described her as a “good friend” in a July 2011 interview.

“I got to meet her through Tiffany [Thornton],” he explained to ClevverTV of Lovato. “We had dinner the other night. I love Demi with all my heart and all my soul. She’s like one of my favorite people that I’ve ever met.”

Since then, Montgomery — who’s also appeared in several of Lovato’s music videos, including “Sorry Not Sorry,” and “I Love Me” — has been a source of support in her recovery. Sharing a Bora Bora vacation photo with him and her other “best friend” Sara Elizabeth Mitchell (aka Sirah), the singer gushed about the pair she said always dries her tears — even when she’s crying over everything from Moana to swimming with sharks, fish, and stingrays. Lovato also revealed that they’d “traveled across the country” and stayed at her house “for days on end” when she was struggling.”

“Thank you for never leaving me in my darkest moments,” Lovato wrote, adding she’s the “biggest fan” of both of them. “Most importantly you never abandoned me like others did when I was going through shit.. you were there to listen, without judgement and only love and I can never fully express what that means to me. You’re the greatest friends I’ve EVER had and our future together is so bright. I love you both more than you can imagine!!”

Judging from their support for Lovato through her recovery journey, the feeling certainly seems to be mutual.