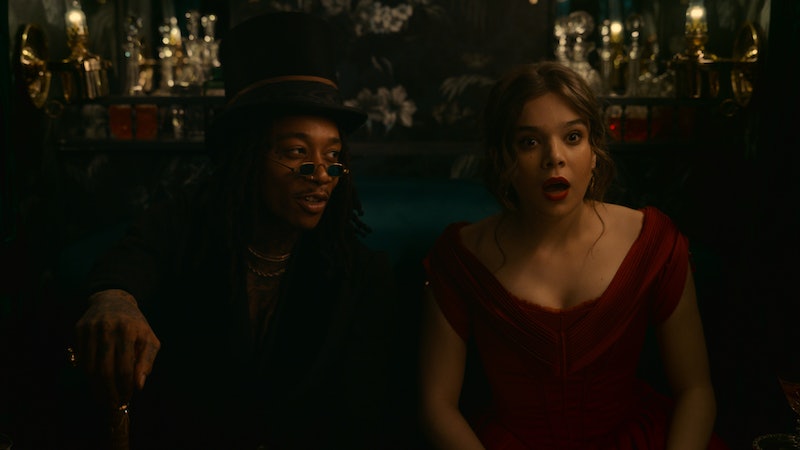 via the AppleTV+ press site

Season 2 of Dickinson ended on a high note for almost every member of the titular family: Lavinia broke it off with her traditionalist, on-and-off boyfriend, and Austin rallied the community to not despair when their church burned down, as his parents lovingly gazed on. But there’s no bigger high note than that of Emily, who finally romantically and creatively realigned with Sue, seemingly for good. “I’ll never let go of you again,” Sue promised after a day spent reuniting.

So will we get to see Emily and Sue’s continuing love story? Definitely: Dickinson has already been greenlit for a third season.

We don’t know when the season will premiere yet, but showrunner Alena Smith says the plan is to go into production this spring. Season 3 represents the inflection point that Smith says she’s been waiting for, focusing on the Civil War and the Dickinsons’ role in all of it, per Collider.

Though none of them went to war (the real Austin Dickinson paid the then-standard $500 fee to avoid serving), Emily had enlisted friends whom she wrote to, and it was a prolific time for the family. She wrote a large portion of the 1,100 or so poems we know she authored, and Sue and Austin had their first child in 1861.

The 1860s also saw the real Emily become a recluse, seldom leaving her house and becoming increasingly wary of visitors in her home. It’s an experience that Smith found particularly interesting, considering she wrote the scripts during the COVID-19 pandemic. “I didn't know that when I started writing a show about Emily Dickinson that we'd be living through a situation that trapped everybody in their own houses,” Smith told Town & Country. “We were writing Season 3 over the summer and fall in the pandemic, and I would say that that experience certainly came to bear on the writing of Season 3.”

It seems likely that the entire Dickinson crew will return, including Hailee Steinfeld, Ella Hunt, Anna Baryshnikov, Adrian Blake Enscoe, Jane Krakowski, and Toby Huss. With any luck, we’ll also get treated to another carriage ride with Wiz Khalifa’s Death and maybe even another author cameo.

More like this
Here's When 'The Crown' Season 5 Will Premiere — And What To Expect
By Bustle Editors
The ‘You’ Season 4 First Look Shows Joe’s New Identity And Potential Victims
By Bustle Editors
The ‘Emily In Paris’ Season 3 Release Date Is Here, Plus The First Footage
By Bustle Staff
'Firefly Lane' Season 2 Will Be The Show's Last — But There's A Twist
By K.W. Colyard and Grace Wehniainen
Get Even More From Bustle — Sign Up For The Newsletter