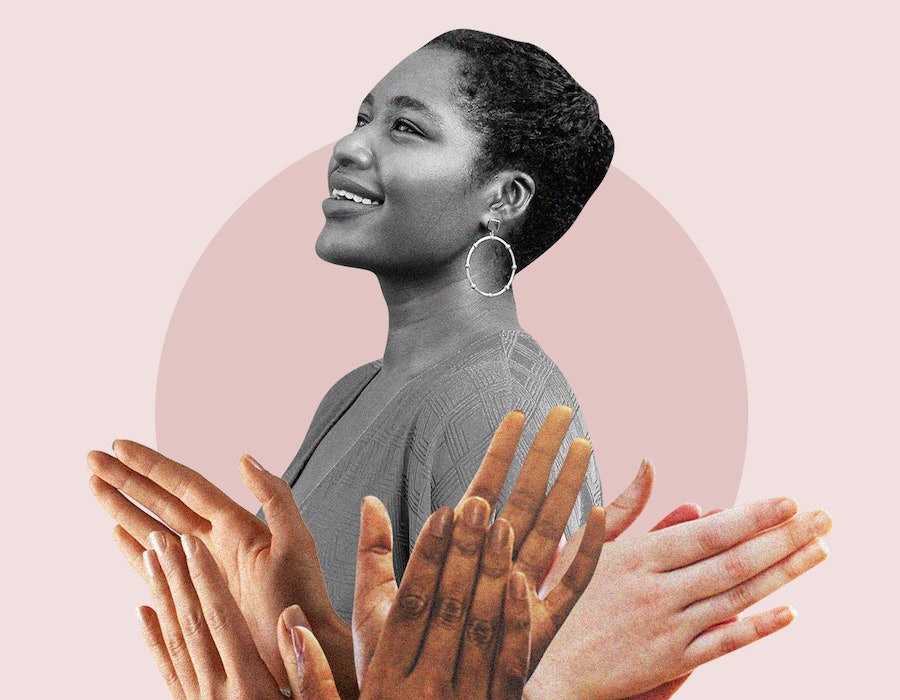 Welcome to Do It For The Applause, a series in which we ask performers, writers, business leaders, and public figures to think about the notion of applause and what it means to them. Today, we hear from opera singer Nardus Williams.

Opera is a genre many of us are unfamiliar with – something we’ve only ever experienced through the eyes of Vivian in Pretty Woman or the stories from our parents’ fanciest friends. Nardus Williams, a soprano currently working with the English National Opera (ENO), wants to change that.

The 29-year-old singer hates that what she does for a living has a reputation for being stuffy and old-fashioned. “It’s just so irritating. I always tell people – come and make the judgment for yourself instead of relying on what you’ve heard. Because you never do that in any other situation,” Williams tells me.

“Also, tickets are cheap,” she continues. “That's the misconception. Everyone thinks that it's really expensive to go to the opera, so then they don't even consider it. [But] it's way cheaper to come and see an opera here than it is to go to a West End show or even a football game.” We’re sitting in the foyer of the London Coliseum, where Williams has recently made her house debut playing Micaëla in Carmen and I have made mine as “person who attends opera.”

Williams is right – tickets to an ENO show at the London Coliseum start from £10 and a show at the Royal Opera House can be as little as £3. For that, you’re getting a show just as impressive – if not more so – than the best-selling West End ones up the road. In Carmen, for example, the set was vast – changing between an army barrack, a junk yard, and a bull ring seamlessly. At one point, five full-size cars were brought on stage and lined up next to each other.

For Williams, however, it’s not just about the sets. What makes opera such a spectacle is “that raw emotion that you see or hear from a performer,” she says. “It's coming from deep down. It touches you. The performers have to believe what they're singing or the story or the character. I feel that more when I see an opera, that there's something more behind it, maybe because it's not mic-ed and you have to use brute, not force, but emotional force to get to convey something. So it's heightened.”

Williams’ performances certainly pack an emotional punch, all while remaining pitch perfect – even my novice ears can tell that. Not that she would ever accept it. Spending just 30 minutes with Williams, I can see that perfectionist doesn’t even begin to cover it. And she’s the first to admit it. She is never satisfied, she tells me, and every compliment she receives, she immediately thinks about all the things the person didn’t mention. While that all sounds pretty exhausting to me, it’s actually something Williams finds helpful as a performer. “I love the art, and also I love the challenge,” she explains. “I love that I'm still learning and I haven't got to the end yet, and there probably isn't an end. But I'm not telling myself that, because I'm striving to perfection and the end. But yeah, I love that I'm not bored with it because of that.” I was interested to hear more...

I think everyone that's paid to see the show. Because if you've paid to see something, you want it to be good. And if they do, you want them to enjoy it, because without them, there would be no point. When you come out at the end and they do clap, like, "Oh, thank God."

Maybe a standing ovation? Something from the audience. Yeah, standing ovation's always nice. It’s like, "Oh, you're going to stand up as well. And you're not leaving. What?" [laughs] That's very nice.

I think it comes from being British, but I hate compliments. I get clammy and weird and think, "Oh my God." I'm just like, "But no, that can't be right." No matter what they say, I then think, "Oh, but well, then why didn't they say this word instead?" "Why did they choose to say wonderful? Why wasn't it astonishing?" How do I get to astonishing? I'm constantly trying to get to the next best word.

It tend to hear this a lot. You almost... "Oh, it was so beautiful I nearly cried." I think, "Oh no." Because I overthink everything, I just think: Why didn't you cry? So it wasn't that beautiful. How beautiful? How beautiful does it need to be to make you cry? "I don't ever cry." But why would you say that to me? Is that a compliment?

I don't know. I love giving praise to people and I love complimenting people. If I think something was amazing or great, I will say it. So then, if I were then to have the reaction that I give to people back, I think, "Why doesn't she just take my compliment? That's so rude." But I don’t mean it in a rude way... I don't know why we find it difficult to accept praise. Maybe it's just that I can't admit that I'm good. I think we've been brought to think it's not humble to admit you are good at something, that it's not the right thing to do. Be nice to other people, but then when people are being nice to you, it's... What do you do then?

Stage management. The people that work behind the scenes that are not credited on programs or just in general, just aren't credited. They don't get the bow, and they're the ones that make everything run smoothly. They deserve way more credit than they get.

More like this
Jemima Khan Used Her Own Life As Inspo For 'What’s Love Got To Do With It?'
By Darshita Goyal
'Bridgerton's Regé-Jean Page Is The World’s Most Handsome Man
By Darshita Goyal
Gerard Butler Insisted On Adding This Pivotal Scene To 'Plane'
By Catharina Cheung
'Abbott Elementary' Fans Probably Missed This 'Parent Trap' Easter Egg
By Sam Ramsden
Get The Very Best Of Bustle/UK
Sign up for Bustle UK's twice-weekly newsletter, featuring the latest must-watch TV, moving personal stories, and expert advice on the hottest viral buys.