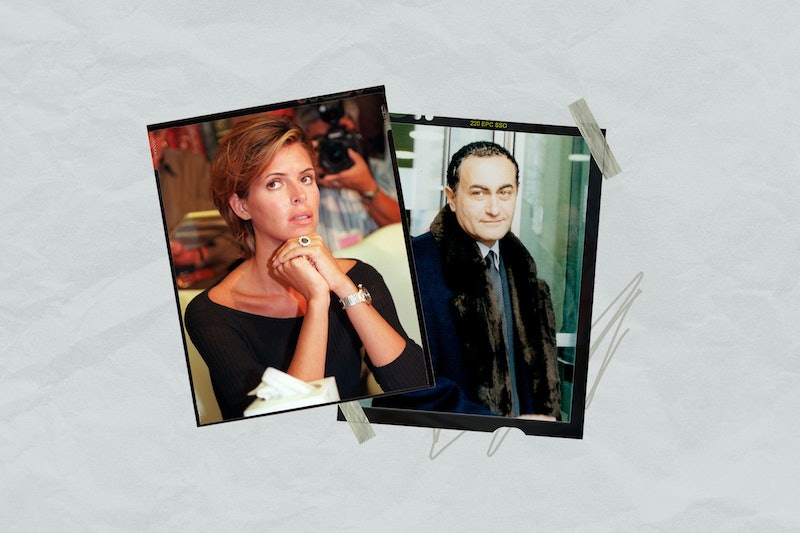 The Crown Season 5 mainly deals with Prince Charles and Princess Diana’s messy divorce, setting up the sixth and final season to deal with Diana’s relationship with Dodi Fayed, and the couple’s death in a car accident in August 1997.

Early in Season 5, an entire episode is dedicated to Dodi’s father, billionaire and socialite Mohammed al-Fayed, and viewers see Dodi and Diana meeting for the first time. But it’s not until Episode 10 that The Crown introduces Dodi’s ex-fianceé Kelly Fisher, who sued him for breaking off their engagement for Diana. Clearly, The Crown’s next season won’t shy away from digging into Diana’s controversial final relationship.

But who was the real Kelly Fisher, and what was her actual relationship with Dodi like? Below, what to know about Fisher, and her ill-fated romance with Dodi.

Before meeting Diana, Dodi was married to model Suzanne Gregard for eight months in 1986; after that, he lived the life of a globetrotting billionaire. His father, who owned Harrods and the Ritz, reportedly gave his son a £400,000 monthly allowance, which he used to produce Hollywood films (as seen in The Crown Season 5, Episode 3), and to wine and dine some of the most glamorous women in the world. At various times, he was connected to Julia Roberts, Brooke Shields, Winona Ryder, and Daryl Hannah, per The Guardian.

In 1996, he met model Kelly Fisher in Paris, per The Sun, and he reportedly proposed to her in February 1997. They had set a wedding date for August 9, 1997, but Fisher claims that Dodi broke up with her because of his affair with Diana. A day after their slated wedding day, the pictures of Dodi and Diana in St. Tropez — known now as “The Kiss” photo — were released to the tabloids. Fisher was reportedly beside herself, and hired celebrity lawyer Gloria Allred (who has represented high profile clients such as Nicole Brown Simpson’s family, Michael Jackson’s alleged victims, witnesses in the Scott Peterson trial, among many others). The two held a press conference on August 14 to announce that Fisher was going to sue Dodi for breach of contract.

After Their Split, Fisher Sued Fayed

Fisher claims that when Dodi broke up with her, he reneged on his promises to provide her with $2,000 a day and to buy a house in Malibu with her. In a statement, Allred spoke on behalf of her client, saying that Dodi “led [Fisher] emotionally all the way up to the altar and abandoned her when they were almost there. He threw her love away in a callous way with no regard for her whatsoever.” She added, “Miss Fisher learnt about Mr. Fayed's betrayal, not from Mr. Fayed but instead from the ‘kiss photo’ that was published and circulated around the world to Miss Fisher's utter dismay, shock, and shame.”

When Dodi died on August 31, just weeks after breaking up with her, she withdrew the suit. Allred said at the time, “Kelly suffered greatly because of the break-up with Mr. Fayed. She was engaged to him, and they had planned to marry on August 9, 1997. Kelly loved Dodi very much, and she is devastated by his loss and that of Princess Diana.”

Where Is Kelly Fisher Now?

Fisher reportedly sold her story to Rupert Murdoch’s News Corp, and also participated in the inquest into Diana’s death. During her testimony, a recorded phone call between Fisher and Dodi fighting was played. In the call, she’s heard saying, “You even flew me down to St. Tropez to sit on a boat while you seduced Diana all day and f***** me all night,” making all of the paparazzi pics of Dodi and Diana that summer all the more confusing.

Fisher’s emotional reaction to the split seems to have waned over the years, and since Dodi’s death, she’s largely stayed out of the spotlight. She currently works as a property developer in South Carolina, where she lives with her husband, pilot Mikhail Movshina, and daughter Grace.

More like this
'The Crown' Season 6 Has Suspended Filming "Out Of Respect" For The Queen's Death
By Bustle Staff
Helena Bonham Carter Doesn't Think 'The Crown' “Should Carry On"
By Sam Ramsden
Ashton Kutcher Wants Danny Masterson “To Be Found Innocent” In Rape Retrial
By Jake Viswanath
'The Queen’s Gambit' Season 2 Tweet Wasn’t From Anya Taylor-Joy
By Mary Kate McGrath, Jack Irvin and Grace Wehniainen
Get Even More From Bustle — Sign Up For The Newsletter
From hair trends to relationship advice, our daily newsletter has everything you need to sound like a person who’s on TikTok, even if you aren’t.