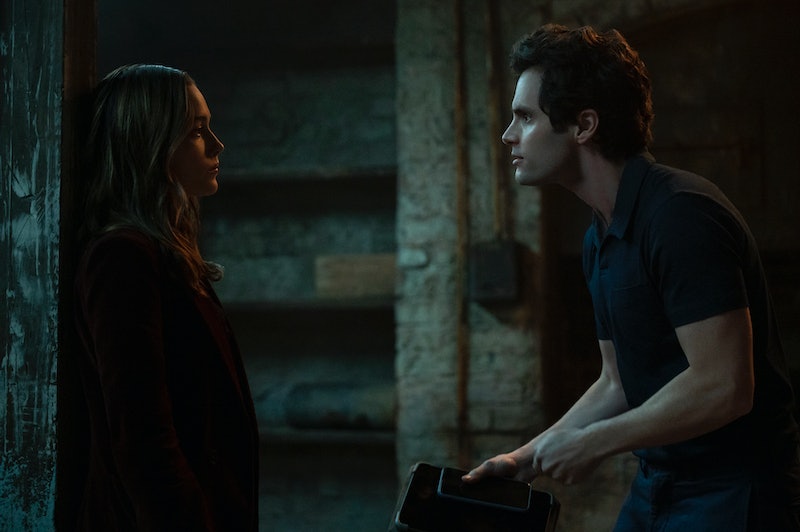 Spoilers ahead for the end of YOU Season 3. It’s hard to imagine a better soulmate for Joe Goldberg than Love Quinn. They both desperately want to be loved, to settle down, and to have a normal, idyllic life raising a family. And they’d both quite literally kill to make it happen.

Throughout YOU Season 3, Joe has a hard time adjusting to that final point. He’s always seen his compulsion to murder as the darkest part of himself, and something he’s increasingly hoped to put in his past. Conversely, Love sees it as an unsavory but necessary part of her life — her way of protecting the people she loves. That difference in perspective — a point of tension in the two’s relationship ever since Love revealed herself as a killer to Joe — makes Joe doubt Love throughout Season 3. He sets out to better himself and stop killing people, doing his usual mental gymnastics to justify his actions every time he slips up but looking down upon Love as too emotional and impetuous when she does the same. Ultimately, he kills Love at the end of the season so he can move on without her.

While attempting to run away with Marienne, his librarian boss and newest obsession, Joe finds himself temporarily paralyzed by Love as part of her effort to hash out the problems they’re having in their marriage. But in a twist, Joe reveals he was onto her plan after seeing her planting aconite (the paralytic in question) in their garden. He stabs Love with a syringe full of the poison, killing her. Afterwards, he frames her for all of their crimes and even fakes his own death to make it seem as if she gruesomely chopped him up. All the while, Joe tells Love that she “brought this on” herself and distances himself from her murders.

This double standard was something showrunner Sera Gamble was very intentional about depicting in Season 3. “This is going to be a reductive statement about gender, but I feel like we could talk about a lot of situations where a man feels they’re being passionate and driven, and will stop at nothing [to achieve their goals] ... whereas a woman might be [deemed] impulsive or emotional,” Gamble says of the gendered stereotypes they try to explore on YOU.

During their time in Madre Linda, for example, Love shoulders a lot more pressure from the community than Joe — primarily because she’s a mother and is held to a higher standard of perfection. “This is a show that explores how quick we are to forgive men, and how quick we are to judge women,” Gamble says. “And it’s like, name a woman we judge more than mothers; I can’t think of one.”

This fundamental difference in experience — and Joe’s inability and unwillingness to acknowledge it — drives a wedge between Joe and Love they can’t surmount, even after going to couple’s therapy. Not only were their approaches to killing different, but Love felt like she was pouring all her time and attention into making their family unit work, while Joe had moved onto his next dream girl.