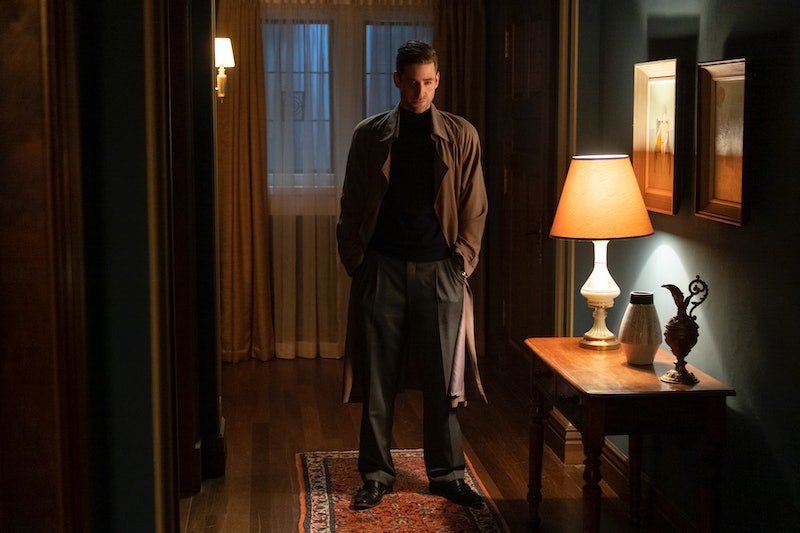 Spoilers ahead for The Haunting of Bly Manor. The ghosts of Bly Manor may find themselves trapped within the confines of the grounds, unable to explore the outside world; however, they aren't left completely powerless. Many of the Bly Manor ghosts experience what is referred to as dream hopping, which gets demonstrated several times throughout the season. But given how uniquely complex this show can be, the concept of dream hopping — much like the Bly Manor lake — can be a little murky and, well, just downright confusing. So what exactly is dream hopping and how does it work? Series creator Mike Flanagan recently broke down how it can be both a blessing and a curse, depending upon how it's used.

In Bly Manor, when someone dies on the grounds, they typically go through a stage of denial, refusing to believe that they are actually dead. This is what Hannah Grose experienced throughout the series, as revealed in Episode 5. But once you finally realize what has happened, the way you process the world around you starts to change. "At that point, you’re kind of involuntarily bouncing back and forth between what is the present, what is the past, what is the future," Flanagan explained to Collider during a recent interview, adding that dream hopping gives ghosts the capability of “bouncing between those moments, playing the part as you remember them.”

As a result, the spirits begin to relive some of their most prominent memories (the good and the bad), hopping from one dream-like sequence to the next, whether they want to or not.

However, ghosts aren't the only ones who can experience dream hopping. The living can also take part in the process, as both Flora and Miles demonstrated when they allowed Rebecca and Peter to take control of their minds and inhabit their bodies throughout the season. Initially, they did this willingly since it let them subconsciously relive memories of when their parents were still alive. Though that proves to ultimately be both a blessing and a curse.

"That is basically like dreaming, they will relinquish control over their conscious mind long enough for Peter to take the wheel,” Flanagan continued. “It’s a place that keeps them docile. It keeps them from pushing these interfering spirits back out of their bodies."

But as nice as some of these memories might've been, they weren't real. And once the characters come to realize that, these moments they're able to hop to and from start to feel less like a dream and more like a nightmare.

More like this
'The Queen’s Gambit' Season 2 Tweet Wasn’t From Anya Taylor-Joy
By Mary Kate McGrath, Jack Irvin and Grace Wehniainen
Netflix Shut Down 'Bridgerton' S3 Rumours About A “Very Dark” Storyline
By Bustle
You Might Want To Rewatch This Key 'On My Block' Scene To Understand 'Freeridge'
By Grace Wehniainen
The 'Freeridge' Cast Shared Their Hopes For A Potential Season 2
By Grace Wehniainen
Get Even More From Bustle — Sign Up For The Newsletter
From hair trends to relationship advice, our daily newsletter has everything you need to sound like a person who’s on TikTok, even if you aren’t.