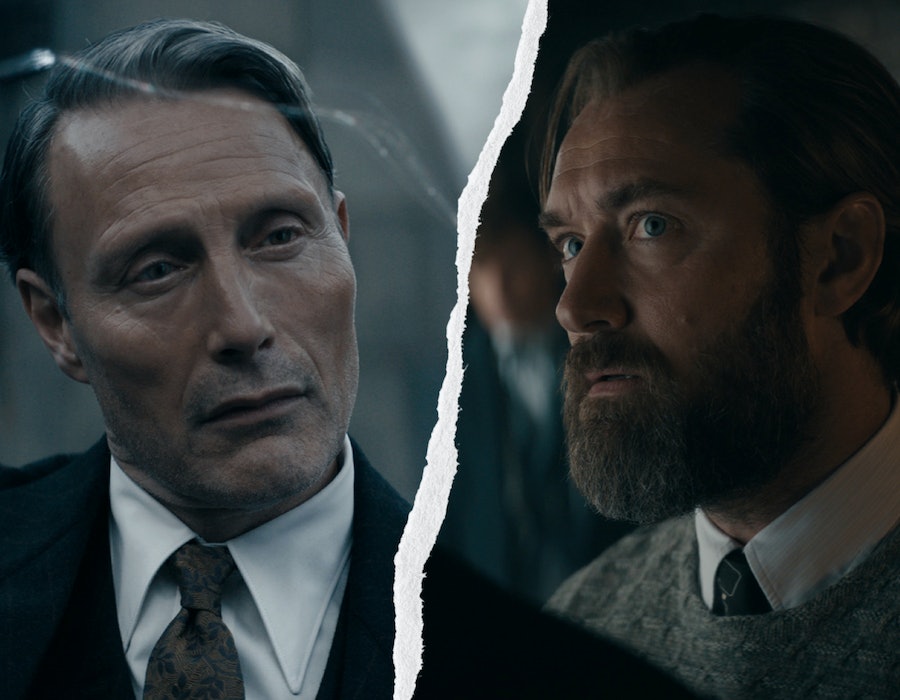 It’s a hard time to be a Harry Potter fan, or someone like me, who was once a Harry Potter fan, but now winces every time the boy wizard comes up in conversation. This is, of course, due to author J.K. Rowling’s baffling embrace of anti-trans beliefs — the same kind of bigotry that her novels purported to warn against, unless you looked too closely at the Gringott’s goblins or the house elves. As Harry once clutched his scar whenever Voldemort was near, I bang my head against the wall every time I am reminded of Rowling’s existence. (I considered calling her She Who Must Not Be Named, but then I remembered: Fear of the TERF’s name only increases fear of the TERF herself.) It doesn’t help that the release of the latest film in the extended franchise, Fantastic Beasts: The Secrets of Dumbledore, has been plagued by its own controversies.

We are in desperate need of catharsis; something, anything, to get us through this nauseating swirl of hypocrisy and stupidity. And I know what that thing is: We need Albus Dumbledore to fuck.

You see, in the new movie, Jude Law’s Dumbledore is supposed to love Mads Mikkelsen’s Gellert Grindelwald. (Fans of the franchise will know that the pair’s relationship was confirmed by Rowling in 2007, but never mentioned in the books, which were very much not gay.) The future Hogwarts headmaster declares his feelings, saying things like, “because I was in love with you” and “the summer Gellert and I fell in love.” But the way Dumbledore talks about his former paramour, you’d think he was recalling a favorite Bertie Bott’s flavor, not the man who first straightened his wand. Clearly, this is not the fault of the actors, who both have proven time and time again that they can have sexual chemistry with as much as a tree stump. No, this is the work of Warner Bros., which likely needed the romance between the two to be negligible, so that it might be edited out in markets like China.

I am certain that the sheer power of seeing Dumbledore fuck would heal me — nay, heal all of us. Dumbledore was instrumental in bringing down the two most powerful dark wizards in history, but he’s essentially a tragic character, perpetually alone and haunted by his past. If anyone deserves a good fuck, it’s him. And if anyone deserves to watch, it’s us. Like a patronus, Dumbledore and Grindelwald getting it on would produce a righteous forcefield powerful enough to deflect a Rowling-shaped dementor, maybe even strong enough to bring about world peace.

Ball’s in your court, Warner Bros.: Deliver the Dumblefuck.

More like this
The Biggest Differences Between 'Bullet Train' & The Book It’s Based On
By Arya Roshanian
Let’s Talk About Dakota Johnson’s Hair In 'Persuasion'
By Morgan Leigh Davies
10 Must-Read New Books Out This Week
By K.W. Colyard
'The Sandman’s Ending Is A Departure From Neil Gaiman’s Comic Book Series
By Kadin Burnett
Get Even More From Bustle — Sign Up For The Newsletter