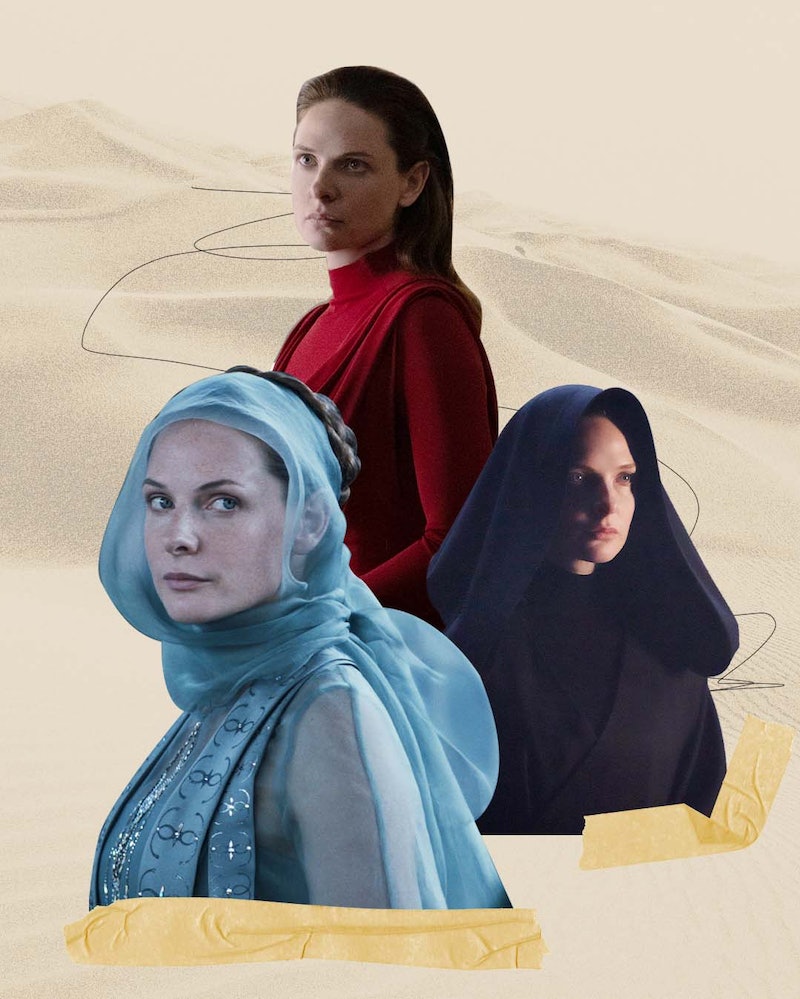 I will never forget the night I spent trying to coax an acquaintance into admitting that women could suck, too. I would state this simple, undeniable fact over and over, and watch a strange fear take over him. “I don’t think that’s my place to say,” he’d reply, and launch into another tangent about how much men suck. “Yes, men suck, but women can also suck,” I’d say once again, my entire being radiating with exasperation. And once again, he’d get deeply uncomfortable, his eyes flickering to either side of me as if searching for an escape hatch.

On the one hand, I understood and appreciated that he was trying to be an “ally,” trying to “recognize his privilege” as a white man; he meant well, I knew, even if he was still othering women by refusing to acknowledge their capacity for sucking. And on the other hand, I was dumbfounded. Surely, in his 20-something years of life, this man had met a woman who sucked? I meet them all the time.

This was three or more years ago, and maybe he’d respond differently now. I like to think that after so many white women cast their ballots for Trump, and so many girlbosses faced the guillotine, we’re more ready to reckon with the fact that women suck sometimes. And yet, it remains a difficult needle to thread: to cast women as real, flawed beings, without playing into the still-present stereotypes used to oppress them. That isn’t to say it hasn’t been done. It has, if less often than would be ideal. And among the places to look for it is, of all things, Dune — a science fiction epic written by a white man in the 1960s.

Dune’s protagonist is a young man living in a patriarchal world — scratch that, patriarchal universe, complete with royal houses and legions of dependent subjects, stratified into a feudal, colonial class structure. The novel follows his rise to power as he moves with his family to a new planet, sees his father killed and his royal house overthrown, and then leads the planet’s indigenous people to war to get his revenge. On the surface, it’s a testosterone-fueled space opera. But behind this young man — quite literally, as he is the product of a millennia-spanning breeding program, which laid the groundwork for his rise — are the Bene Gesserit, the secretive sisterhood his mother, the Lady Jessica, belongs to. For millennia, the Bene Gesserit have been the ones pulling the strings, ruling from the shadows. And even when they lose control of their plans, it’s only because one of their own, the Lady Jessica, threw a wrench in them. It’s the Bene Gesserit, not the emperor or any would-be messiah, who set the stage for the novel’s events — and who see them through.

It would be a short leap to conclude that the Bene Gesserit, as a cabal of powerful women operating within an antidemocratic, male-dominated society, are feminist. And they kind of are, but also really aren’t. Arguing over the innate morality of a fictitious, pseudo-religious order who surreptitiously control an intergalactic empire feels futile, like trying to fit a circle into a square or triangular mold, rather than admitting it’s a circle.

Some say it’s progressive that such an influential sisterhood exists at all in Frank Herbert’s 1965 epic; at the time, literature, and specifically science fiction, was hardly an inclusive field. But when you learn that Herbert’s wife, Beverly, was likely an uncredited collaborator, their inclusion seems less admirable — particularly given that Beverly gave up her own writing career to support her husband’s aspirations. Pour out some Water of Life for Beverly.

But whether they’re the brainchild of Frank or Beverly, the Bene Gesserit are certainly powerful. And they’re women: men, with the exception of that pesky chosen one they’ve been trying to breed for thousands of years, can’t master their ways. (Obviously, the Herberts perpetuate a bio-essentialist, binary understanding of gender.) The Bene Gesserit are trained in everything from hand-to-hand combat to lie detection to mind control. Because their superhuman abilities make them indispensable to the ruling class, these witches remain ensconced in royal entourages, serving as wives and concubines and close advisors, even as they are feared and distrusted. Hey, it’s better than being burned at the stake.

Plenty of powerful women suck, though, and for all their merits, the Bene Gesserit are also eugenicist nuts who have spent millennia “carefully crossing bloodlines.” They spread religious propaganda throughout the universe to make local populations more amenable to their plans. There are no “grrrl power” charms dangling from these ladies’ necks, and they definitely don’t want to read your radical zine.

Midwifing interplanetary colonialism isn’t just ideologically objectionable, it comes at a considerable cost to the Bene Gesserit as individuals. To live as a sister of their order is to hold secrets, to be ostracized, and maybe betray loved ones in the service of an organizational directive set out thousands of years ago. They take orders from their fellow sisters about everything, including when to have children; even if they have total physical control over their ovaries, their bodies are not their own.

Rather than upending the existing power structure, they devote their energies to thriving within it, aiding and abetting all manner of injustice: the handmaidens of empire.

The Bene Gesserit are not trying to change the system, not really. Instead, they dream of taking it all for themselves and placing their special boy on the throne. Rather than upending the existing power structure, they devote their energies to thriving within it, aiding and abetting all manner of injustice: the handmaidens of empire.

Take a step back, pull back their veils, and you’ll find contemporary women — and in particular, contemporary white women — looking back at you. Complicated and compromised, brilliant and terrible women. Women who have sacrificed true liberation in their lust for power over others. Women who will go toe-to-toe with the best of them to protect their own and further their designs. Women who have cozied up to rulers who will never truly trust them, never see them as equals.

Dune isn’t painting a vision of girl power in space. It’s reflecting, with shocking accuracy, how powerful women operate here on Earth — where men suck, but women can suck, too. Next time I encounter a man who refuses to admit this, rather than boring my eyes through the back of his skull, struggling to ventriloquize him into capitulating, maybe I’ll ask, “Have you seen Dune?” Either that, or I’ll use The Voice.

More like this
Everything To Know About The HBO Max & Discovery+ Streaming Service Merger
By Brad Witter
The 'PLL: Original Sin' Creators Say A’s Identity Will Be “Very Clear” By The Season Finale
By Alyssa Lapid
Every Horror Movie Reference In The 'PLL: Original Sin' Premiere
By Alyssa Lapid
Let’s Talk About Dakota Johnson’s Hair In 'Persuasion'
By Morgan Leigh Davies
Get Even More From Bustle — Sign Up For The Newsletter