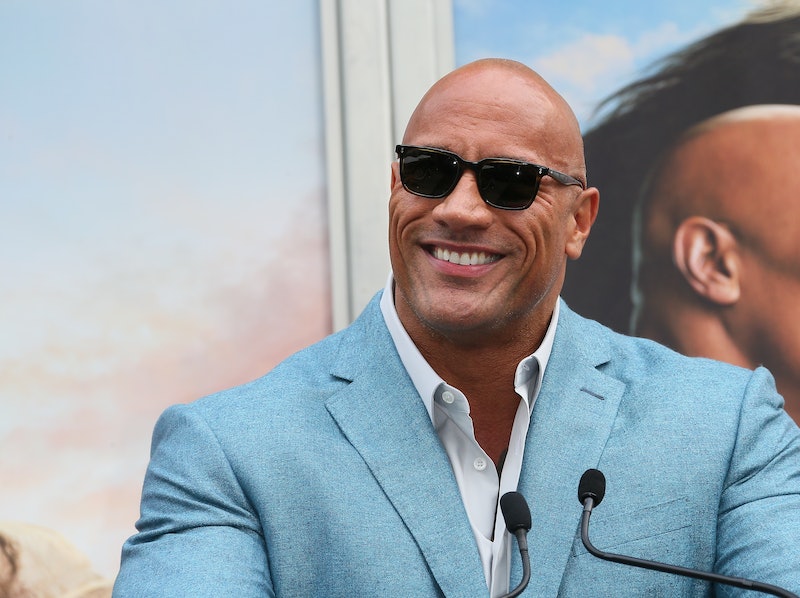 One does not give up a "sexy crown" easily. On Friday, Dwayne Johnson teased 2020's Sexiest Man Alive, Michael B. Jordan, via Instagram, joking that he wouldn't "concede" the People magazine title to his fellow actor. Johnson, the 2016 Sexiest Man Alive awardee, made the long-list of sexy stars this year, but apparently that wasn't good enough for him. "I CONCEDE NOTHING," the Jumanji star wrote.

Johnson's joke seemed to allude to President Donald Trump's ongoing refusal to concede the 2020 presidential race, which former Vice President Joe Biden won. In actuality, the actor offered his sincere congratulations to the new titleholder, writing: "Congrats to my brother @michealbjordan on the new sexy crown." Jordan, who has yet to comment on the lack of concession, posted the People cover on his own Instagram, writing: "My grandma lookin down talkin bout 'that’s my baby.'" He added: Thanks @people for naming me 2020’s #SexistManAlive!"

While Johnson didn't come out on top this year, he does appear in the Sexiest Man Alive issue to open up about his home life with Lauren Hashian and their two daughters, Tia and Jasmine. Johnson told People that he "lives each day to the fullest" but his "favorite time of the day is before the sun rises and our babies are still sleeping." Then, the Moana star is able to get plenty of work done in his office before the day starts, and "they call for me on the baby monitors — then it's breakfast time!"

Jordan shared a similarly wholesome story in his Sexiest Man Alive interview. "When my grandmother was alive, it was something that she collected, and then my mom naturally reads it a lot and my aunts as well," the Creed star said. "This is one that they’re definitely going to have a special place for." The actor said the honor was unexpected, stating, "You know, everybody always made that joke, like, 'Mike, this is the one thing you’re probably not going to get.' But it’s a good club to be a part of. ... It's a cool feeling."

It's been a few years since Johnson took the Sexiest Man Alive crown — John Legend won the honor in 2019, Idris Elba in 2018, and Blake Shelton in 2017. Legend congratulated Jordan on Twitter and seemed relieved to relinquish the title, tweeting, "Congratulations to my brother Michael B! And thank you! I can now keep gaining this quarantine weight in peace without the pressure of a title to maintain."