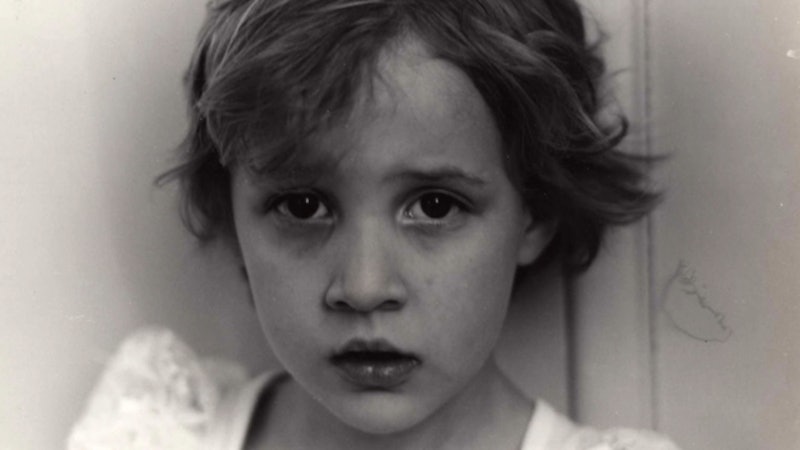 What occurred on Aug. 4, 1992 has been dissected and disputed for three decades. Dylan Farrow — who was 7 at the time — claims it's the day her mom's then-partner, Woody Allen, sexually assaulted her, while Allen has repeatedly denied the allegations. Now, HBO's docuseries Allen v. Farrow is reexamining the case in a new light, revealing private phone conversations and eyewitness accounts of Allen's behavior toward Dylan leading up to the alleged assault.

Allen was never charged with a crime, but over the years, the case has become a convoluted and very public proceeding. Here's a breakdown of everything that's happened to help you keep up with the show.

Allen begins dating Mia Farrow. At the time, she was 34 and divorced with seven kids, while Allen was 43 and had no interest in children. He told the New York Times that he liked to spend his time "with work and only a limited time with kids."

Though Allen was resistant to being a father, Mia Farrow says in Allen v. Farrow that he was open to the idea if they could adopt "a little blonde girl." In 1985, she adopts Dylan.

Allen later testifies in court that he began a sexual relationship with Soon-Yi Previn, another one of Mia Farrow's adopted daughters, that same month around Christmas. (Previn and Allen have been married since 1997.)

Mia Farrow finds nude Polaroids of Previn in Allen's apartment on Jan. 13, 1992. This is the inciting incident that Allen claims leads to Mia fabricating Dylan's allegations against him.

In a court testimony, family psychologist Dr. Coates claims that Mia Farrow called her on Aug. 1 and described Allen as "satanic and evil" after learning his relationship with Previn continued after he said it would end.

Dylan alleges this is the day that Allen sexually assaulted her. As she explains in Allen v. Farrow, they were staying at Mia Farrow's country house in Connecticut. The babysitter confirms that Dylan and Allen went missing for around 20 minutes.

Dylan claims that Allen took her into the attic, where he laid her down on her stomach and sexually assaulted her. "I felt trapped," Dylan says in the docuseries. She adds that he promised that they would "go to Paris together" and she "would be in his movies."

Family friend Casey Pascal informs Mia Farrow that Dylan’s babysitter reported seeing Allen sitting with his face in Dylan's lap the previous day. Mia Farrow then asks Dylan about it and starts making several home recordings of Dylan detailing the encounter. In one of the videos, Dylan claims Allen "touched my privates" and was "breathing on my leg" before he took her to the attic.

Per a 1992 Vanity Fair article, Dylan's psychologist Dr. Coates confirms that Dylan talked about being abused by Allen during their session. Mia also takes Dylan to a pediatrician, and Dylan points to her shoulder when the doctor asks where her "private part" is. Dylan later admits to Mia Farrow that she was embarrassed to say anything in front of the doctor, but recounts her original story when they go back the next day. The pediatrician examines Dylan and does not find anything, but says he's bound by law to report Dylan's story to authorities.

Per Vanity Fair, on Aug. 6 Mia Farrow was supposed to sign an elaborate custody agreement with Allen that would give her $6,000 a month for the support of Satchel (now Ronan), Dylan, and Moses Farrow.

After being notified about Dylan's allegations, Allen's legal team preemptively files for sole custody of Dylan, Ronan, and Moses, claiming that Mia is an unfit mother. They also deny any suggestion of child abuse.

In a press conference, Allen calls Mia Farrow's accusations "an unconscionable and gruesomely damaging manipulation" of Dylan. He claims Farrow fabricated the story to get revenge on him for sleeping with Previn.

Connecticut police and prosecutors investigate the case against Allen.

Allen defends himself against the allegations on 60 Minutes, calling it a "total non-event" and "illogical."

The same day, Allen tells The New York Times that Mia Farrow "became very, very vindictive" after learning about his relationship with Previn, and the report gives a "strong recommendation that Mia herself seek psychiatric help."

The custody trial for Ronan, Dylan, and Moses begins in full. Allen takes the stand and says his relationship with Mia Farrow fell apart after Ronan was born. He describes her as a woman who would fly into rages, especially after learning of his relationship with Previn. "She called me a dozen times a night, raging and screaming into the phone, threatening to kill me," he claims.

Mia Farrow takes the stand. She explains Dylan's allegations, and says she feared Allen had a sexual attachment to Dylan starting at two years old.

Dr. Coates testifies that Allen feared for his safety because of Mia Farrow's rages. She also says that Allen's relationship with Dylan was “inappropriately intense" but not sexual.

The next day, Farrow’s lawyer questions if Coates is “mesmerized” by Allen and was too quick to accept his version of events.

A child psychiatrist testifies that the report from Yale-New Haven Hospital is "seriously flawed" and used faulty methodology. "It's just as easy to conclude from this report that Dylan was abused," he says.

John M. Leventhal, who headed up the Yale-New Haven report, releases a statement to the public theorizing that Dylan is "emotionally disturbed" and was manipulated by Mia Farrow. He points out that Dylan changed her story but admits they don't have "firm evidence" that she was coached.

Allen loses the custody battle. In a scathing 33-page indictment, Acting Justice Elliott Wilk of the State Supreme Court calls Allen “self-absorbed, untrustworthy and insensitive" and says he's not convinced “that the evidence proves conclusively that there was no sexual abuse.”

"Mr. Allen has demonstrated no parenting skills that would qualify him as an adequate custodian for Moses, Dylan or [Ronan]," the judge proclaims, also blasting Allen for "isolating" Previn from her family. He further calls out the therapists who interviewed Dylan, saying that their judgements were “colored by their loyalty to Allen."

Per The New York Times, Connecticut State Attorney Frank Maco says that they have “probable cause” to criminally prosecute Allen on charges of child sexual assault. But he declines to press charges to spare Dylan the trauma of a trial.

Dylan goes on record for the first time about Allen's alleged abuse in an interview with Vanity Fair.

Dylan pens an open letter recounting her experience with Allen for the New York Times.

Dylan's brother Ronan backs up Dylan's allegations in a guest column for The Hollywood Reporter.

After the #MeToo movement is ignited, Dylan writes an article for the Los Angeles Times titled, “Why has the #MeToo revolution spared Woody Allen?”

Allen and Previn release a joint statement to The Hollywood Reporter decrying Allen v. Farrow and again denying Dylan's allegations. "These documentarians had no interest in the truth," it reads in part. "Instead, they spent years surreptitiously collaborating with the Farrows and their enablers to put together a hatchet job riddled with falsehoods. Woody and Soon-Yi were approached less than two months ago and given only a matter of days ‘to respond.’ Of course, they declined to do so."

Dylan responds on Twitter, thanking everyone for their support of Allen v. Farrow and standing by her story. "The truth is something that cannot be changed," she writes.