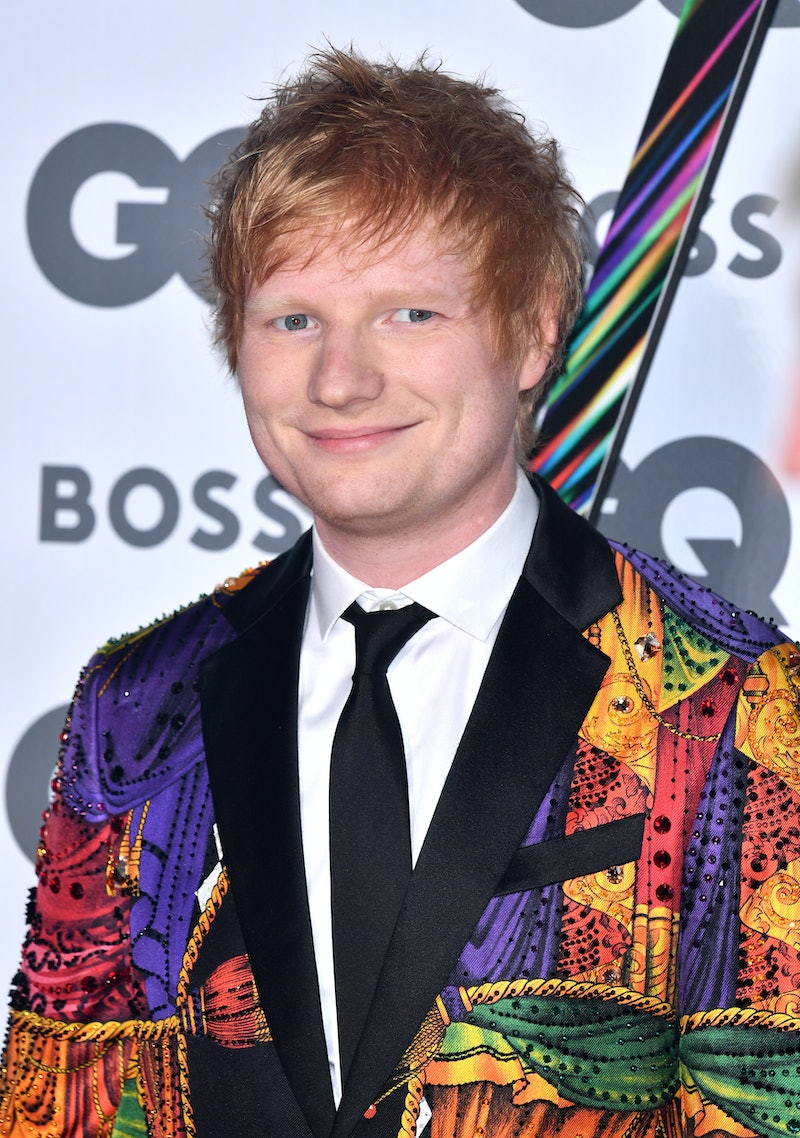 Life is much different for Ed Sheeran now than it was a couple of years ago. In Sept. 2020, the singer-songwriter announced the arrival of his first child with his wife, Cherry Seaborn, and nothing has been the same since. “It’s made me want to get up early in the morning to have more time in the day,” the “Bad Habits” singer said in a recent interview on the Australian talk show The Project. “I get up at 5:30 a.m. with my daughter and we have breakfast.”

Elsewhere in the interview, Sheeran said that he remembers tweeting the prime minister and asking him to make 5 a.m. wakeup calls “illegal.” But his daughter, Lyra, has changed everything for him. “My life has just shifted,” he added. “It’s a lot more wholesome and I get more out of the day.” The pop star also said that he and Lyra listen to vinyl records together while they eat their porridge, and they’re also gym buddies. “I mean, she’s not doing weights or anything,” he quipped.

This isn’t the first time that Sheeran has spoken candidly about his daughter. In May, the “Perfect” crooner revealed that the one-year-old is not very impressed by his illustrious music career, despite the fact that he performed for nearly nine million people on a two-year trek and set a record for the most tickets ever sold for a single tour. “I’ll sing [my new songs] to my daughter, who’s not my biggest fan,” he said, per US Weekly. “She just cries.”

Fortunately, not all hope is lost. According to Sheeran, when the new songs don’t earn Lyra’s stamp of approval, there are some older tracks that she really enjoys. “I’ve got some she likes,” he said. “She really likes ‘Shape of You.’ The marimba sound is good, but she doesn’t like anything loud or anything belt-y.” But other than Lyra’s music taste and now her morning routine, Sheeran has mostly kept information about his toddler to himself.

Sheeran first told fans about his daughter in September of last year, one month after The Sun reported that he and wife Cherry Seaborn were expecting their first child together. “Last week, with the help of an amazing delivery team, Cherry gave birth to our beautiful and healthy daughter,” he wrote alongside an adorable photo of the baby’s first pair of socks. “We are completely in love with her. Both mum and baby are doing amazing and we are on cloud nine over here... Lots of love and I’ll see you when it’s time to come back, Ed x.”

Before welcoming his new addition during the COVID-19 pandemic, Sheeran had already announced that he would be taking a career and social media hiatus after his worldwide trek. “The Divide era and tour changed my life in so many ways,” he wrote in December 2019. “I've been a bit non stop since 2017 so I’m just gonna take a breather to travel, write and read.” Now, it seems he’s back. After releasing several new singles in the last few months, including “Bad Habits” and “Shivers,” his new album = (Equals) will be out on Friday, Oct. 29.

More like this
Kourtney Kardashian Says She “Loves” The Changes To Her Body Caused By IVF
By Jake Viswanath
A New Portrait Shows King Charles With William & Kate Before The Queen’s Funeral
By Stephanie Topacio Long
Who Is Nick Cannon Dating & How Many Kids Does He Have?
By Jordyn Tilchen and Radhika Menon
Khloé Kardashian Is Reportedly Dating A Private Equity Investor She Met Through Kim
By Jordyn Tilchen and Jake Viswanath
Get Even More From Bustle — Sign Up For The Newsletter