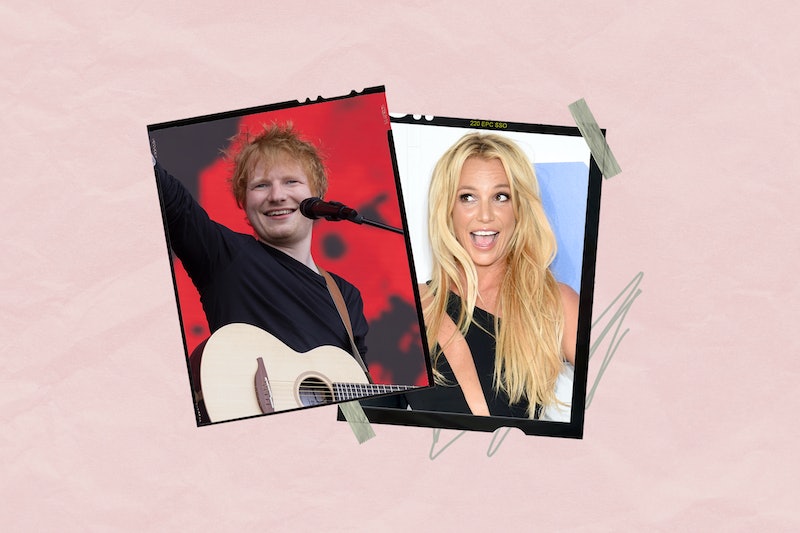 Musicians are known for their love of surprising fans with an impromptu gig. Earlier this year, Coldplay’s Chris Martin delighted pub-goers when he sat down at the piano for an unplanned sing-a-long in Bath, England. Now, in a slightly more exotic location, Ed Sheeran has followed suit, delivering an impromptu performance at Wayne Lineker’s O Beach Ibiza bar.

Sheeran joined the club’s in-house DJs on Sept. 26 as he sang along to his hit song “Shape Of You.” And the artist kept the surprises coming — delivering a series of pop covers that had the audience cheering. The father-of-two began with Backstreet Boys’ iconic hit “I Want It That Way,” during which he jumped into the crowd to sing with fans. He then performed Neil Diamond’s “Sweet Caroline,” before covering Ms. Britney Spears’ fan-favourite single, “Hit Me Baby One More Time.”

Commenting on the Sheeran x Spears moment, one loyal fan remarked: “Also, Lewis Capaldi did a cover of “Everytime” over the weekend... her influence!” They were referring to Scottish singer Capaldi delivering an emotive rendition of the singer’s 2003 hit during an appearance on BBC Radio 1’s Live Lounge sessions.

Meanwhile, Joshua Makinson, the promoter of O Beach Ibiza’s House In Paradise event, said of Sheeran’s performance: “I was absolutely blown away... We’ve had artists turn up in the past and perform, but to have one of the biggest pop stars in the world perform is magical.”