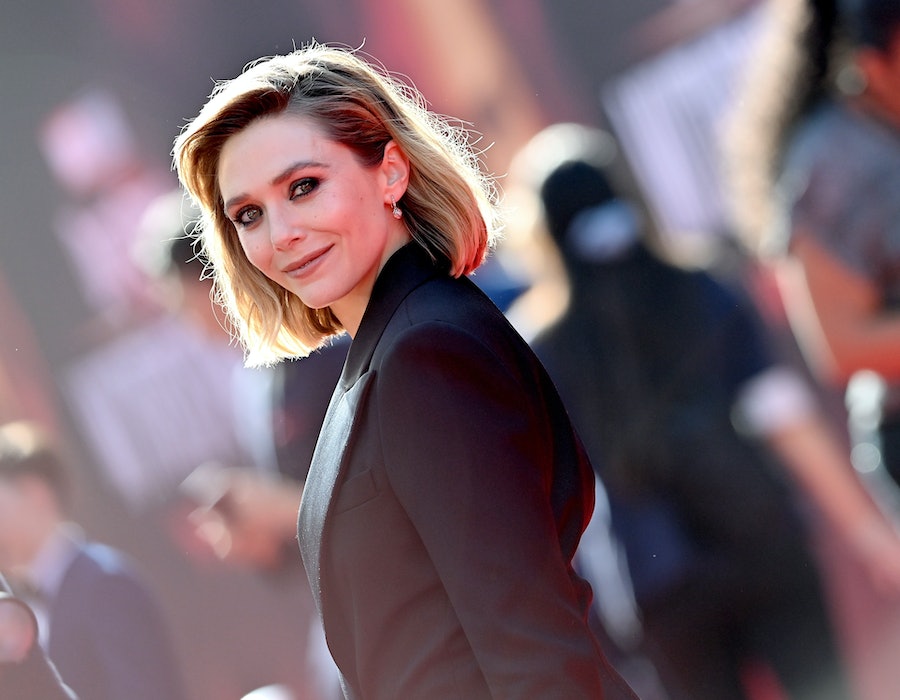 It seems like everyone on the internet is debating the merits of Doctor Strange and the Multiverse of Madness — if it was “good,” if director Sam Raimi broke free of Marvel’s gilded cage, if everyone should stop worrying and love the super-powered cinematic universe. Everyone, that is, except Elizabeth Olsen.

The 33-year-old actor, who stars as Wanda Maximoff/Scarlet Witch in the new movie, is not on Instagram, or Twitter, or anything else for that matter. And she swears she’s not lurking, either: “My friends now know just to text me adorable photos of their children,” Olsen tells me. Like her older sisters, Mary-Kate and Ashley Olsen, she’s found she’s simply better off without digital detritus collecting in her brain. She craves real dialogue, she says, and didn’t find it with the take- and counter-take-having hordes.

Quite frankly, she isn’t finding it with me, either. To explain her dissatisfaction with online discourse, she points to the artificiality of our one-sided script — that of the celebrity interview, brokered by publicists to advertise a project. “I feel weird in this situation where I’m answering questions, and for me to ask you a question would take time out of your interview spot, when I would like to ask you about the loft space that it looks like you’re in, the plants that you have in the back,” Olsen says, referencing elements of my Zoom background. “I would just be more... But I can't take up that time, because that's not the point of this agreement,” she adds. In the Zoom chat, a message to me from the PR person: We are indeed running low on time.

Surely, somewhere, she’s getting the conversational stimulation she seeks — perhaps with her husband, the musician Robbie Arnett, whom she’s been particularly tight-lipped about. (Their marriage was only made public after Olsen referred to Arnett as her “husband” in a 2021 interview.) But us, the general public, the fans, the media? She knows better than to look for it here, but she’ll still happily hold up her end of the bargain, even if I don’t have time to tell her about my monstera.

Below, Olsen discusses who she might have been in an alternate universe, and why she definitely isn’t a method actor.

When you were working on this movie and exploring Wanda's alternate lives, did you think about who your alternate selves might be? Where you might’ve split off, made a different decision and become someone else?

I've been thinking about that more doing press. When filming, I wasn't, I didn't really give myself that space to think about it, because I was so focused on what we were doing. But I have been thinking about it a lot since we started doing this press tour. I mean, when you are a teenager and you're choosing colleges and universities, and there's this immense pressure of being able to go to that next phase in your life, it actually is so profound how important that decision is.

If I hadn't gone to NYU, I wouldn't have started working when I did. I wouldn't have been in New York. I wouldn't have been in an acting conservatory, I don't think. So, it is wild to think about the different versions of ourselves that are out there and the choices we make and how it completely alters where we are today. I wouldn't change any of it. I feel very lucky, even if I look back and I think I wish I had a different... When I think about how I made choices for what jobs to pick. When I was younger, all of 12 years ago, I didn't have a sense of philosophy of the kind of work I wanted to make, I was just so excited to be working. And so, things like that, that you learn in hindsight, I still wouldn't have changed that, because you have to learn that at some point.

You mentioned where you studied. Since you spent a semester at the Moscow Art Theatre School and studied Stanislavski, what your thoughts are on method acting as it’s practiced today?

Oh, I am not a method actor at all. But I do think Stanislavski isn't necessarily method, either. That's more of what an American teacher, Strasberg, took from him. But his teachings evolved and is a living, breathing thing at the Moscow Art Theatre, and so, it was lots of things being there. But no, I am not a method actor. I couldn't live with myself if I were. That sounds terrible.

I imagine it would be horrible for people around you as well.

On the topic of becoming someone else, you've said in the past that part of the reason why you left social media is because you're bad at creating a perceived identity. I thought that was really interesting way to put it. I mean, it's not like we're not performing our identities all the time in person, too, but how do you think it's different online?

Do you ever worry that if you step out of the pilot seat in that way, that the perceived identity will come anyways? I feel that's happened a little bit with your sisters, Mary-Kate and Ashley Olsen. People piece together their own narratives about paparazzi photos and one picture of Ashley with a machete.

But what you're describing is just what life is. We sit at a restaurant, we sit on a park bench and we make stories up about the people around us. I mean, I love being at a restaurant and seeing a couple potentially have, where I think they’re a couple. I want to know how many dates they've gone on. And so, I actually think that that's just not in any of our control to control other people's opinions about us. And boy, is that an exhausting place to worry about all the time, or to think that we can control that. I don't think, even if I had a social media account and created a narrative, that I could then alter other people's opinions of me.