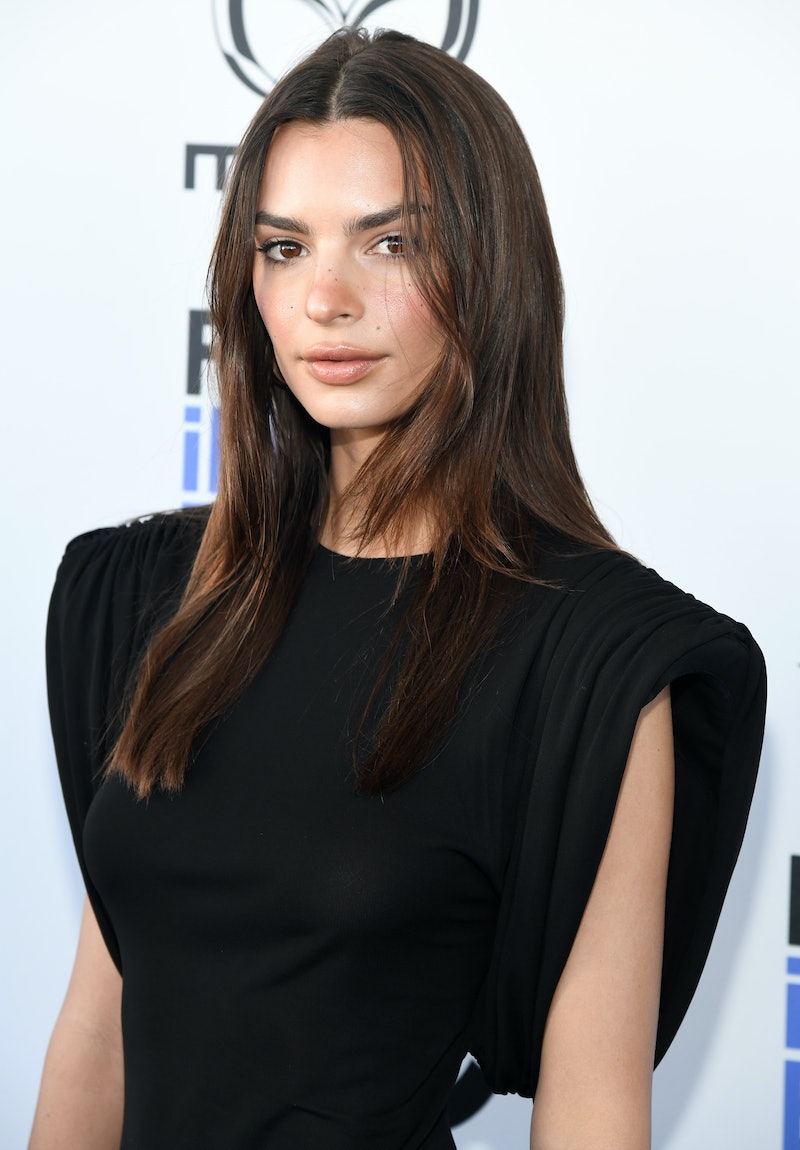 It’s official: Emily Ratajkowski is a mom. The model took to Instagram on Thursday, March 11, to announce the birth of her first child with husband Sebastian Bear-McClard. “Sylvester Apollo Bear has joined us earth side,” Ratajkowski wrote alongside an intimate photo of her breastfeeding her newborn in the sunlight. “Sly arrived 3/8/21 on the most surreal, beautiful, and love-filled morning of my life.”

Almost immediately, the 29-year-old’s comments were flooded with enthusiastic messages from some of her famous friends. “CONGRATULATIONS MAMA!!!!!” Halsey, who recently announced that she’s pregnant with her first child, wrote in the comments. Model Ashley Graham echoed the singer, writing: “Welcome to the world sly.” Bella Hadid, Kate Bosworth, Heidi Klum, and Martha Hunt were among the other celebs who congratulated Ratajkowski on the new baby.

Ratajkowski first announced that she was pregnant in an October essay for Vogue about gender stereotypes. In it, she revealed why she won’t be disclosing her child’s gender. "We won't know the gender until our child is 18 and that they'll let us know then,” she wrote at the time. "We ultimately have no idea who — rather than what — is growing inside my belly."

The model went on to explain that she doesn’t like how we “force gender-based preconceptions onto people, let alone babies,” and that there are way more important questions to ask. “Who will this person be? What kind of person will we become parents to? How will they change our lives and who we are?” she wrote. The Inamorata founder added that these were “wondrous and terrifying” ideas that made her and Bear-McClard feel “both helpless and humbled.”

The public got a glimpse of the couple — who secretly wed in 2018 — in an accompanying video directed by Lena Dunham called "Who Will You Be?" The roughly three-minute video was a montage of photos and moments from the model's pregnancy.

“Grateful & growing,” Ratajkowski wrote on Instagram alongside her Vogue cover in October. She also posted a clip of the pregnancy reveal video, adding that she wrote and filmed it herself at home. "I'll cherish this video as long as I live," she said.