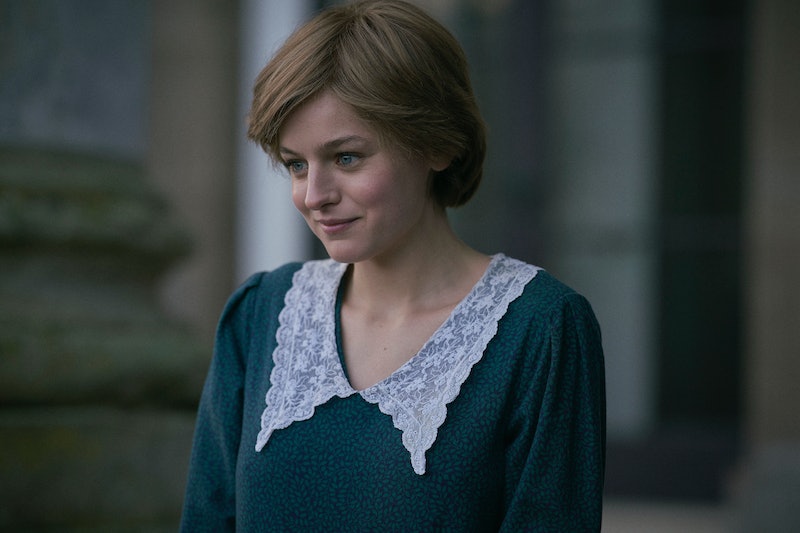 On Sunday, Nov. 15, season 4 of The Crown finally aired on Netflix UK and, if the reaction online is anything to go by, the new series of the royal drama did not disappoint. Between her strikingly similar blue eyes and dramatic scenes, actor Emma Corrin's debut as Princess Diana has been a particular hit with fans, yet many want to know why was Emma Corrin hospitalised during The Crown filming?

During a location shoot in Spain, the 24-year-old actor took ill after filming a scene in a "freezing-cold swimming pool."

“I’m asthmatic and I had been ill for a while with a bad cough,” she said in an interview with Glamour magazine. “I had to film a scene in a freezing-cold swimming pool, with the kids playing William and Harry. It was honestly the hardest scene to film because I was genuinely keeping myself alive treading water, and also keeping five-year-old ‘Harry’ alive, as we found out he couldn’t swim!"

Then things took a turn for the worse.

"We were meant to be flying back that night to the UK, so we went past a hospital to get me antibiotics. The doctors gave me an oxygen test and said, ‘We cannot let you go because your oxygen levels are so low,’ so I was hospitalised," shared Corrin.

The incident took place before Corrin was officially announced as The Crown's Princess Diana — not that it stopped her from being recognised.

"I remember the nurses, figuring out what I was filming and saying, ‘We know you're playing Princess Diana, would you like us to put a cardboard bag over your head so no one recognises who you are?’"

Luckily, Corrin was fine and continued on to portray a convincing young Diana in the hit series. She stars alongside Josh O' Connor who plays young Prince Charles and this season sees the two actors recreate the famous royal wedding in 1981. Corrin will be replaced by Australian actor Elizabeth Debicki in the last two series of The Crown.