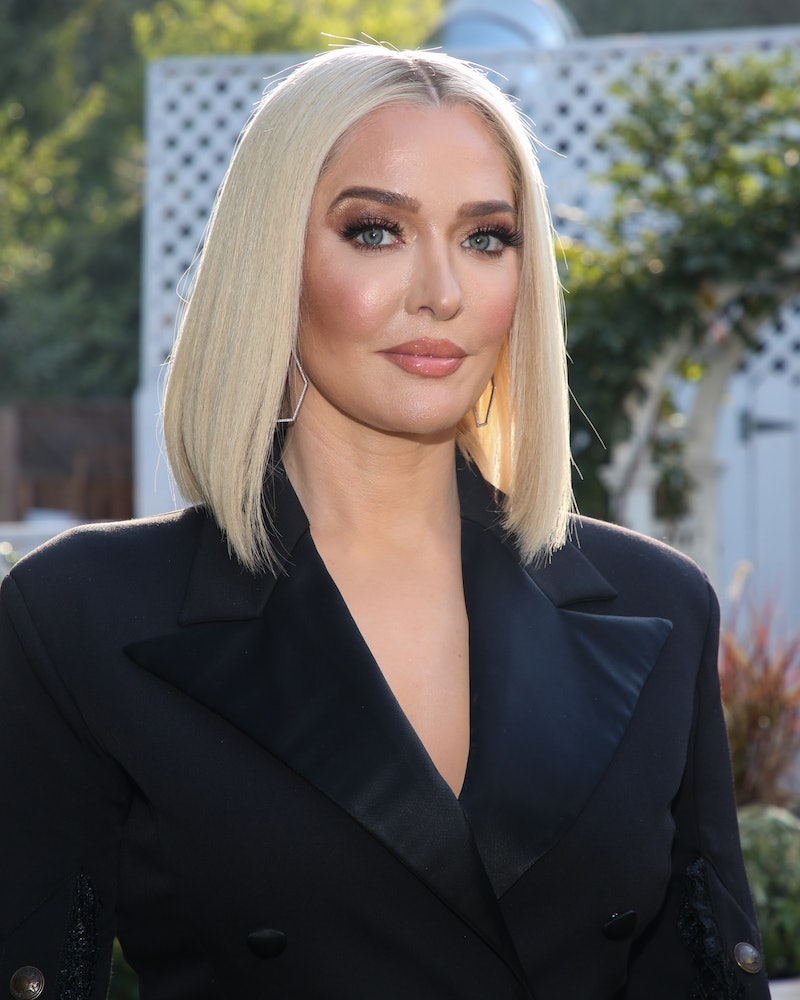 Throughout her time on Real Housewives of Beverly Hills, Erika Jayne gave viewers an inside look at her relationship with attorney Tom Girardi, 81. But after 21 years of marriage, Jayne announced she filed for divorce. While the "XXPEN$IVE" singer wants to move forward in the divorce with respect, she doesn't have a prenuptial agreement, so this could get complicated. There's also a chance it might air on Bravo.

“After much consideration, I have decided to end my marriage to Tom Girardi. This is not a step taken lightly or easily. I have great love and respect for Tom and for our years and the lives we built together. It is my absolute wish to proceed through this process with respect and with the privacy that both Tom and I deserved. I request others give us that privacy as well.”

According to another Us Weekly report, Jayne filed her divorce papers in Los Angeles. People obtained the filing on Tuesday, Nov. 10, which made it clear that Jayne requested spousal support from her estranged husband and asked that the court be forbidden from awarding Girardi with spousal support from her. The singer also asked Girardi to pay her legal fees. Neither Jayne nor Girardi had any comment on the filing.

Jayne and Girardi first met when she was a server at a Los Angeles restaurant back in the '90s and were friends for a year before they actually went out on a date. At the time, getting married again was the furthest thing from her mind. That obviously changed, and the couple later tied the knot in 1999. Nearly two decades later, Jayne told Andy Cohen that she and Girardi never signed a prenuptial agreement because she didn't think it would help her in a meaningful way if they ever split.

"I'm married to a very powerful lawyer," Jayne told the Bravo host. "A prenup wouldn't stand in his way anyway. So it doesn't matter whether you had one or you didn't, it's gonna be all Tom's way, I assure you. He'll rip that piece of paper to shreds in two seconds!" This divorce could turn hostile, so they might have to enlist the help of lawyers since they didn't make arrangements prior to their separation. (In the months since, Girardi has reportedly lost his legal license and been diagnosed with late-onset Alzheimer’s and dementia.)

Because Jayne is currently filming Season 11 of RHOBH, there's also the possibility that she and Girardi, who is typically very private, may share more about what happened in their relationship leading up to this news. Adding anticipation to the upcoming season is Andy Cohen himself, who revealed that viewers will see “a lot unfolding” about the divorce on RHOBH. “She's talking,” the executive producer said on a recent podcast episode of Bitch Sesh: A Real Housewives Breakdown.“This is what you have to know: we started shooting Beverly Hills and everything was kumbaya. This all happened when we were shooting. She continued shooting.”

But the cameras just started rolling in October, which means fans will have to wait a bit longer until they can see what goes down this season.

Editor’s Note: This article was updated to include information regarding Jayne's request for spousal support and Cohen’s comments about the upcoming season.

This article was originally published on November 3, 2020