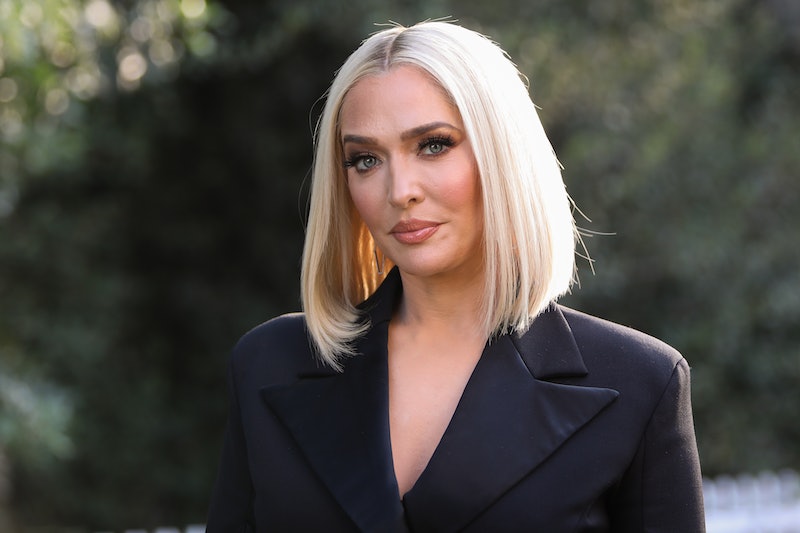 Real Housewives of Beverly Hills Season 11 has yet to premiere, but the drama surrounding one of its stars continues to make headlines. Amid Erika Jayne’s tumultuous divorce, her estranged husband is reportedly facing both professional and health struggles. According to Us Weekly, Tom Girardi, 81, has lost his legal license and been diagnosed with Alzheimer’s. As of March 9, the State Bar of California deemed he is “not eligible to practice law.” He’s also been diagnosed with late-onset Alzheimer’s and dementia, according to court documents obtained by the outlet.

Us Weekly reported on March 11 that clinical psychiatrist Dr. Nathan Lavid wrote in an affidavit that Girardi endures “moderate” delusions and is unfit to be present at upcoming divorce or legal hearings “for the foreseeable future.” Lavid went on to write, “Dementia impairs his ability to understand the hearing. His emotional distress is directly related to his dementia and exacerbated by his confusion,” according to the outlet.

Amid both Girardi’s declining health and legal troubles, he’s been placed under a temporary conservatorship, which grants his brother Robert autonomy over his finances and healthcare. “My brother presently needs me to make all decisions related to this bankruptcy case, all legal matters in which he is presently involved, and also to make all decisions related to his personal matters, such as health decisions,” Robert said during a Feb. 1 hearing, according to Us Weekly, vowing to “make decisions that are in my brother’s best interest.” This arrangement was settled after a judge froze all of Girardi’s assets in December 2020, a month after Jayne, 49, filed for divorce following 20 years of marriage. Court documents publicized around that time showed Girardi had been quietly hospitalized for a “serious illness.”

From the moment news of Jayne and Girardi’s split became public, controversy followed. On Dec. 2, E! published a report claiming Girardi had been accused of fraud and embezzling money. Class action firm Edelson PC filed a civil suit against the former attorney, alleging that he and Jayne embezzled $2 million from settlements meant for relatives of victims in a 2018 plane crash off the coast of Indonesia, which killed all 189 passengers and crew members. Plaintiffs further alleged that Girardi "resorted to embezzling the proceeds of settlements that should have been directed to his clients ... in order to continue funding his and Erika's lavish Beverly Hills lifestyles."

That development led to reports that Jayne allegedly filed for divorce to avoid an embezzlement suit and "protect Tom and Erika's money from those that seek to collect on debts owed by Tom and his law firm GK," the suit stated. Girardi also allegedly owes his court reporter company Vertiext nearly $550,000, and his former firm allegedly owes Wells Fargo $882,000, as reported by Us Weekly. In addition to Girardi’s financial woes, Jayne accused him of having an affair with a California judge, posting incriminating screenshots from the pair’s exchanges on December 18. The RHOBH star has also requested spousal support from Girardi and asked that he pay her legal fees.

Jayne has not addressed reports about her estranged husband’s health or loss of legal license. Fans will surely await further updates from the singer when the next season of RHOBH premieres on Bravo.