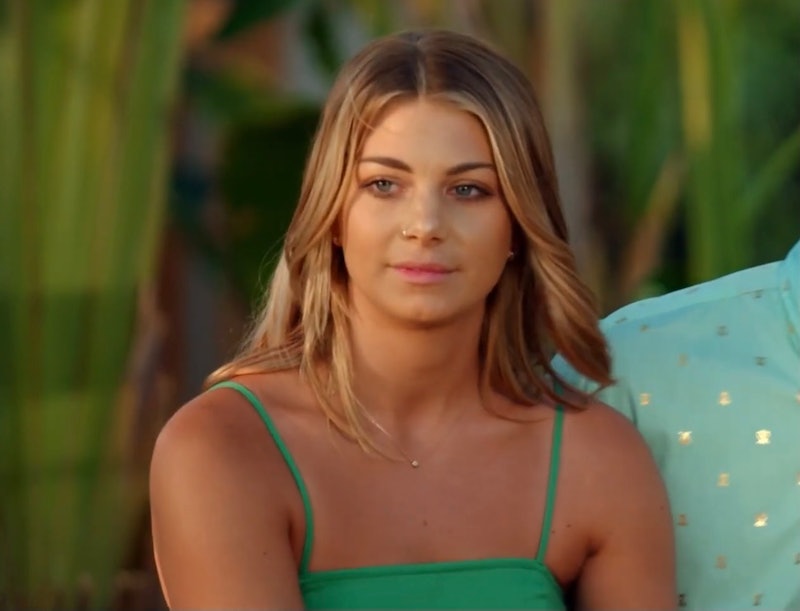 After a year and a half of dating, Temptation Island couple Erin Smith and Corey Sobczyk have recently noticed cracks in the foundation of what was once a strong relationship. Because Erin, a former pro soccer player, "has a bad habit of comparing every guy she dates to her ex-boyfriends," — who happen to include some professional athletes — concierge manager Corey "has lost his swagger and confidence." That could be because among the athletes Erin has dated is a Super Bowl Champ.

A July 2017 Sun Newspapers profile described NFL player Kamu Grugier-Hill as Erin's boyfriend, as well as one of her biggest supporters. At the time, Grugier-Hill was a linebacker for the Philadelphia Eagles, a team he went on to win Super Bowl LII with in 2018. After four seasons with the Eagles, he signed with the Miami Dolphins in March 2020.

The then-couple joked about their competitive natures to the paper. "I'm embarrassed to say this but she beats me in horse all the time,” Grugier-Hill said of their basketball games on a backyard court, adding that Erin keeps him motivated. "Sometimes I feel lazy and she's like 'get up!' Yesterday was one of those days, so she's definitely a huge support for me, and I feel like I try to support her as much as I can in her field."

Although it's unclear which other sports stars Erin, now a behavioral therapist, has dated in the past, her comparisons have ultimately led Corey to feel "belittled and underappreciated" by her. As he explained in the Temptation Island trailer, Corey hopes to eventually prove that he's "the better man" over her athlete exes.

As Erin told host Mark Walberg, she and Corey chose to go on the reality show "for many reasons," but among them was so they could "become more independent" from each other. Although Corey added that he hopes they eventually "come out on the other side stronger and better," only time will tell if their relationship actually survives.