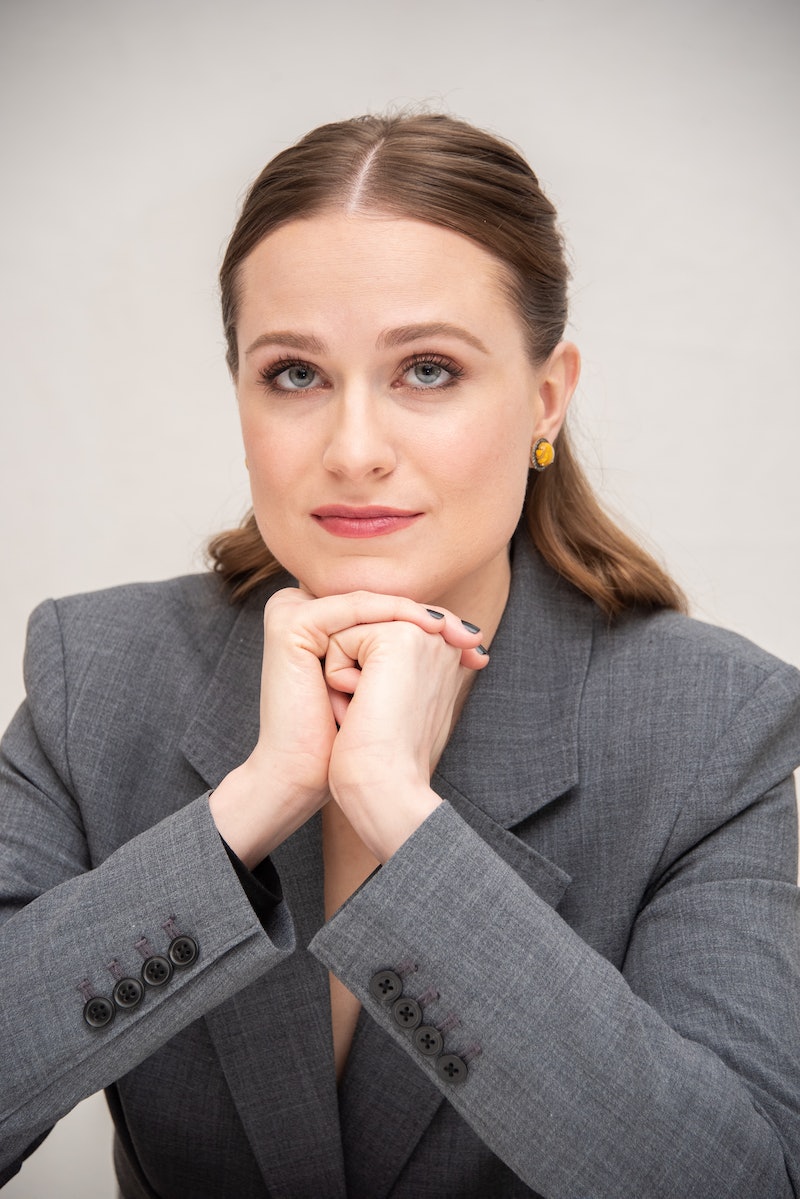 In a series of Instagram stories on Friday, Feb. 5, Evan Rachel Wood shared new details of Marilyn Manson's alleged abuse, describing anti-Semitic insults and blackmail attempts. The Westworld actor wrote that during her three-year relationship with Manson (real name Brian Warner), she was "called a 'jew' in a derogatory manner" and that he "would draw swastikas over [her] bedside table when he was mad" at her. (Bustle previously reached out to Manson's rep, but did not receive a response, though the singer called the claims "horrible distortions of reality" on Instagram.)

"My mother is Jewish and I was raised with the religion," Wood explained in one slide, per People. "Because she converted and wasn't of Jewish descent he would say things like, 'that's better' because I wasn't 'blood Jewish.'"

The actor also claimed that she "heard the 'n' word" over and over. "Everyone around him was expected to laugh and join in," she continued of her former fiancé. "If you did not or (god forbid) called him out, you were singled out and abused more. I have never been more scared in my life."

Her posts also included images of Manson's tattoos, which she claimed are Nazi-inspired symbols that he did not have when they began dating. The next day, Wood continued to discuss Manson, writing about alleged attempts to blackmail her. She uploaded photos of herself with an Adolf Hitler-like hat and drawn-on mustache, writing, "I am wearing Brian's hat, which has long been a part of his stage show and photographed on many people in his camp. This is a part of the humiliation and blackmail."

In another Feb. 6 slide, she claimed she was underage in the photo (and others) and that they were taken after she had been "given large amounts of drugs and alcohol" following one of Manson's Halloween performances in Las Vegas. She said she even had to file a police report on Dec. 19 (of which she posted a screenshot) when she was alerted to alleged threats made by two women, including Manson's wife, Lindsay Usich, to release the images "to Ruin my career" and "Shut me up."

After openly discussing emotional and sexual abuse that she'd experienced for years, Wood named Manson as the alleged perpetrator in a Feb. 1 Instagram post. "He started grooming me when I was a teenager and horrifically abused me for years," Wood wrote. "I was brainwashed and manipulated into submission. I am done living in fear of retaliation, slander, or blackmail. I am here to expose this dangerous man and call out the many industries that have enabled him, before he ruins any more lives. I stand with the many victims who will no longer be silent." (At least four other women have since come forward in solidarity with Wood, making similar allegations of abuse.)

In light of the recent abuse allegations, Manson's longtime manager Tony Ciulla dropped him as a client, a source close to the situation confirmed to Rolling Stone on Feb. 5. The magazine noted that Ciulla, who declined to comment, had previously stood by the singer through multiple lawsuits and controversies, including criticism that followed Manson after the Columbine shooting. At that point, Manson had also already been dropped from talent agency CAA as well as his record label, according to People.