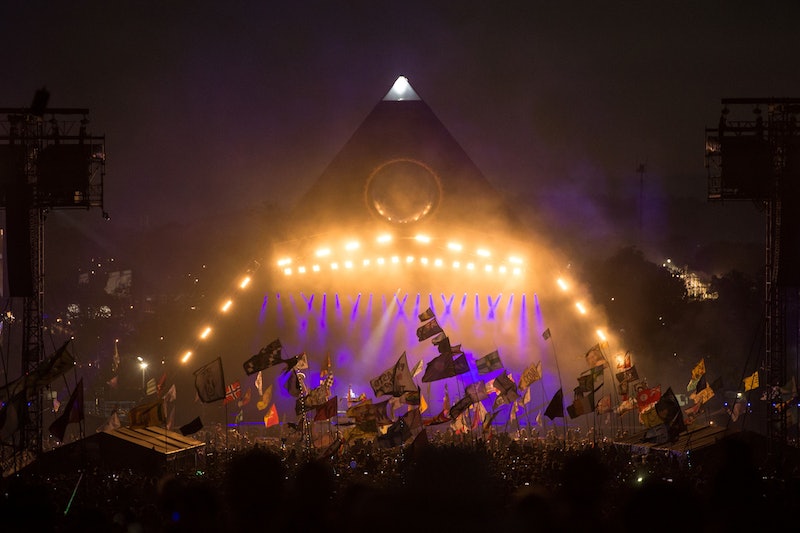 Glastonbury 2022 festival saw the likes of Billie Eilish, Sir Paul McCartney, and Kendrick Lamar wow the crowds with some electric live performances. Luckily for music fans, the annual extravaganza is scheduled to return in 2023, and following the announcement of the first major headliner act, it’s already shaping up very nicely indeed.

Keep reading for everything you need to know about Glastonbury 2023, including who’s performing, to when it’s taking place, how you can get your hands on some tickets, and more.

The first major act confirmed for this year’s festival is the one and only Sir Elton John. The “Goodbye Yellow Brick Road” hitmaker will headline the Pyramid Stage on Sunday, June 25, for what will be the final UK show of his last-ever tour.

“There is no more fitting way to say goodbye to my British fans," the Grammy award-winner said in a statement. “I can't wait to embrace the spirit of the greatest festival in the world. It's going to be incredibly emotional.”

Although not confirmed, a string of other major names are rumoured to be performing at Glastonbury 2023, including Harry Styles and Pyramid Stage veterans Arctic Monkeys. Meanwhile, bookmakers have also lowered the odds on the likes of Guns N' Roses, Eminem, and Taylor Swift. However, given that the latter’s 2023 Eras tour kicks off around the same time as the annual summer festival, Swifties might be left disappointed if they’re anticipating her Glasto debut.

Glastonbury 2023 will take place between Wednesday, June 21, and Sunday, June 25.

If you haven’t already registered on the festival’s ticket system, it’s unfortunately too late. According to the official website, registration for the 2023 festival closed on Oct. 31, and tickets went on sale on Sunday, Nov. 6.

For those who missed out on Glastonbury 2023 tickets the first time around, resale tickets tend to go on sale a few months before the festival, usually in April.

Where Is The Glastonbury Festival Held?

Glastonbury is held at Worthy Farm in Pilton, Somerset. As per Metro, the 1,200-acre site is owned by the festival’s co-creator, Michael Eavis, who inherited the farm from his late father in 1954.

More like this
Theo James Would “Love” To Star In George Michael Biopic
By Sam Ramsden
Siva Kaneswaran's Net Worth Shows The Value In Chasing The Sun
By Bustle UK
Yes, 'The Price Of Glee' Is Available To Watch In The UK
By Catharina Cheung
Lewis Capaldi Is “Really Sorry” After Pre-Sale Ticket Fiasco Guts Fans
By El Hunt
Get The Very Best Of Bustle/UK
Sign up for Bustle UK's twice-weekly newsletter, featuring the latest must-watch TV, moving personal stories, and expert advice on the hottest viral buys.