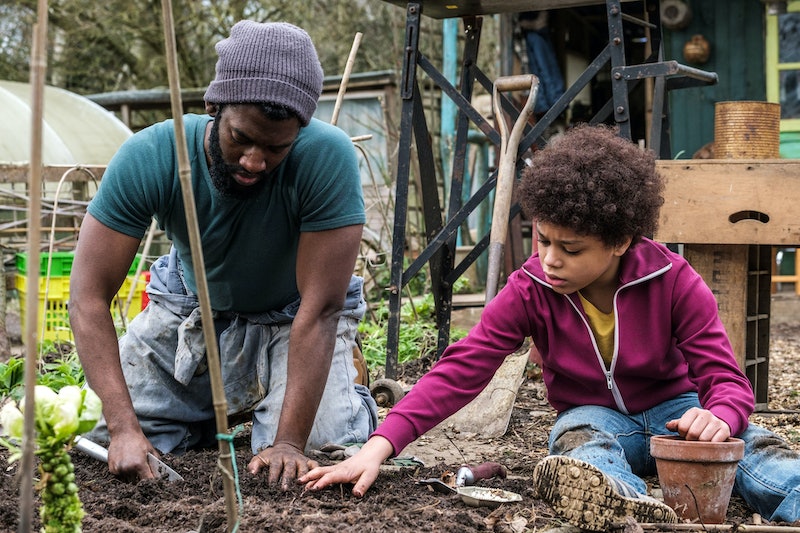 The BBC have released first-look images of My Name Is Leon, a new adaptation best on the best-selling novel by Kit de Waal.

My Name Is Leon follows the story of a young mixed-race boy living in the time of the 1980s Birmingham race riots. The special, one-off film was written by Shola Amoo and directed by Lynette Linton. Although still in its early stages, there’s a lot to get excited about with this new adaptation – keep reading to find out all the details we know so far.

What Is My Name Is Leon About?

As mentioned, My Name Is Leon is set in 1980s Birmingham and will follow nine-year-old Leon, a mixed-race boy who is desperate to reunite his family after being taken into care and separated from his little brother. Told through Leon’s eyes, we follow his journey through the foster system, including the relationship he forms with his carer, Maureen, and the hardships he faces in comparison to his blonde-haired, blue-eyed brother.

Who Is In The Cast For My Name Is Leon?

Cole Martin will be playing the lead, Leon, in his first ever TV role.

Lenny Henry also acted as an executive producer on this project. Speaking about his involvement, the actor said, “I discovered the book whilst performing the audiobook and was so move on the first day’s work that I rang my office at lunchtime and said, we’ve got to try and do this. Thankfully, after five years, we’ve pulled it together with a great writer, director, cast and crew.”

Is There A Trailer For My Name Is Leon?

The BBC have not yet released a trailer for the film, but they have shared images from the first weeks of filming.

When Will My Name Is Leon Be Released?

Filming is currently taking place in Birmingham for My Name Is Leon, but it is not yet known when it will be released. It is expected to air in mid-to-late 2022.