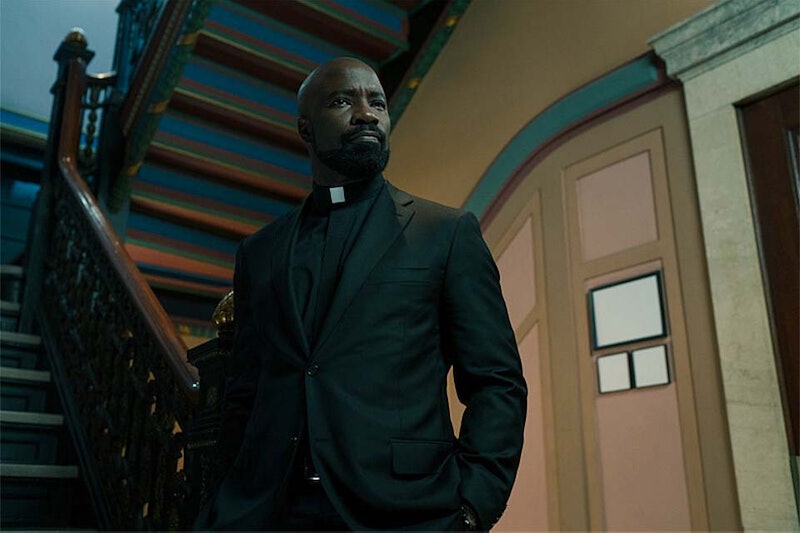 The psychological mystery series, Evil, was renewed for Season 4 after receiving an almost perfect Rotten Tomatoes score. The Paramount+ series follows a squad of priests, psychologists, and scientists as they analyze supernatural experiences. Breaking down the relationship between science and religion, the show combines themes of mystery and romance with demonic occurrences, spiritual miracles, and passionate, relatable characters. It’s made for anyone looking for a well-rounded TV series.

On July 6, Evil announced on social media the renewal of Season 4, with the caption, “Ready 4 more?” Nicole Clemens, Paramount+ Original Scripted Series president, shared the streamer’s enthusiasm for the show in a statement, “We couldn’t be more excited to be terrified by what Robert and Michelle King create for season four with our outstanding cast bringing it to life.” Fans are eager to see the spine-chilling turns Evil will take. As Season 3 comes to a close on August 14, here’s what we know so far about Season 4.

The show’s lead actors Katja Herbers (Dr. Kristen Bouchard) and Mike Colter (David Acosta) confirmed via Instagram that they will be returning for Season 4. They were quick to share their excitement for the renewal — immediately posting the announcement to their personal social media accounts. Kurt Fuller, who plays Dr. Kurt Boggs, shared on his Twitter that he will also be returning. Aasif Mandvi, who portrays contractor Ben Shakir, also expressed his anticipation for Season 4 on Instagram on July 6, mere minutes after the renewal announcement.

There’s been no word on whether actors Michael Emerson, Christine Lahti, Brooklyn Shuck, or Skylar Gray will be featured in Season 4, but they all have been promoting the new episodes of Season 3. Co-writers Robert King and Michelle King, who also happen to be married, have also personally confirmed they will be writing the fourth season, bringing sinister, chilling, and hair-raising scenes to Paramount+ in the next installment.

After premiering on CBS in 2019 and moving to Paramount+ in 2021 with the release of its second season, Evil will end its third season in August 2022. Paramount+ officials have already revealed that Season 4 will consist of 10 episodes and will be released in summer 2023. Similar to Season 3, the fourth season will release its 10 episodes on a weekly basis.

As for when fans can expect their first glimpse at Season 4, they could anticipate a trailer around late April or early May 2023, if the show decides to follow a similar filming and promotion schedule as Season 3.

There’s not much information on the plot of Season 4. However, as Season 3 comes to an end, it’s very likely that writers Robert and Michelle King will leave viewers on a cliffhanger, consistent with the last two seasons. Fans will undoubtedly have questions regarding any unanswered questions from Season 3, including what’s really going on with the plumbing at Kristen’s house. Why do old cases keep popping up, and how will that affect Season 4? Will Catholicism continue to play a big role in the show, or will the curiosity surrounding demonism continue to prevail? How will Father David’s visions affect the trajectory of the cases?

Season 4 will likely address those loose ends, while also conjuring up more mysteries for fans to follow. And, because not every current cast member has confirmed their return, this could mean new characters, plotlines, and problems might be in store for Season 4.

This post will be updated as more details on Evil Season 4 are released.

More like this
Netflix Shut Down 'Bridgerton' S3 Rumours About A “Very Dark” Storyline
By Bustle
'The Queen’s Gambit' Season 2 Tweet Wasn’t From Anya Taylor-Joy
By Mary Kate McGrath, Jack Irvin and Grace Wehniainen
Everything To Know About 'Cobra Kai' Season 6
By Brad Witter
'The Crown' Season 6 Has Suspended Filming "Out Of Respect" For The Queen's Death
By Bustle Staff
Get Even More From Bustle — Sign Up For The Newsletter
From hair trends to relationship advice, our daily newsletter has everything you need to sound like a person who’s on TikTok, even if you aren’t.