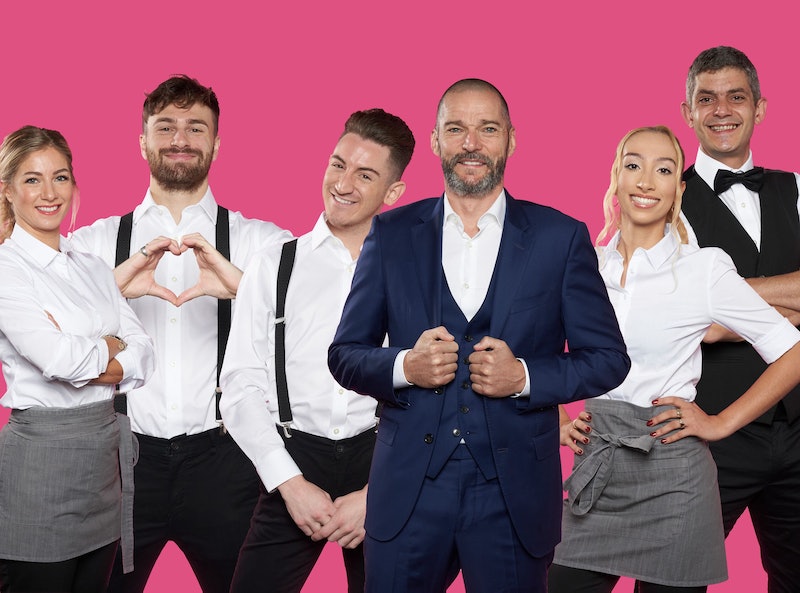 To the delight of many, Channel 4's First Dates is back — but with a teenage twist. Yes, the much-loved reality-dating series will this time follow teen singletons on the lookout for love in the famous First Dates restaurant, as they venture into the daunting world of dating for the very first time. Sound like your cup of tea? Here's everything you need to know about Teen First Dates.

When is Teen First Dates on TV?

What is Teen First Dates about?

Much like the regular series, Teen First Dates follows a bunch of singletons hoping to discover the perfect match as they embark on blind dates at the swanky First Dates restaurant. However, this fresh take on the Channel 4 hit will instead focus on youngsters aged between 16 and 19, and unlike the parent series, the aim of the spin-off isn't necessarily for participants to find "the one," but to instead experience the thrills of the blind dating arena for the very first time.

Who stars in Teen First Dates?

As Radio Times reports, the nation's favourite Maître d’ Fred Sirieix will again be on hand to oversee proceedings alongside bartender Merlin, and waiters Cici Coleman and Grant Urquhart, all of whom will be joined by a brand new team of servers.

For the new series, the First Dates team packed up and relocated to the show's brand new Manchester restaurant. Although production took place during the pandemic, episodes were filmed in compliance with government guidelines and strict COVID-19 filming protocols that ensured the safety of the cast and crew.

Speaking ahead of the spin-off's debut, Controller of E4, Karl Warner, said he was "thrilled" to welcome Teen First Dates to the channel. "We want to showcase the full range and diversity of teenagers in the UK today, the way they feel about dating, and what they make of the world around them — Covid, Brexit, Nicki Minaj." He continued: "It’s entertainment with depth, and a great example of the surprising, funny and heartfelt TV."