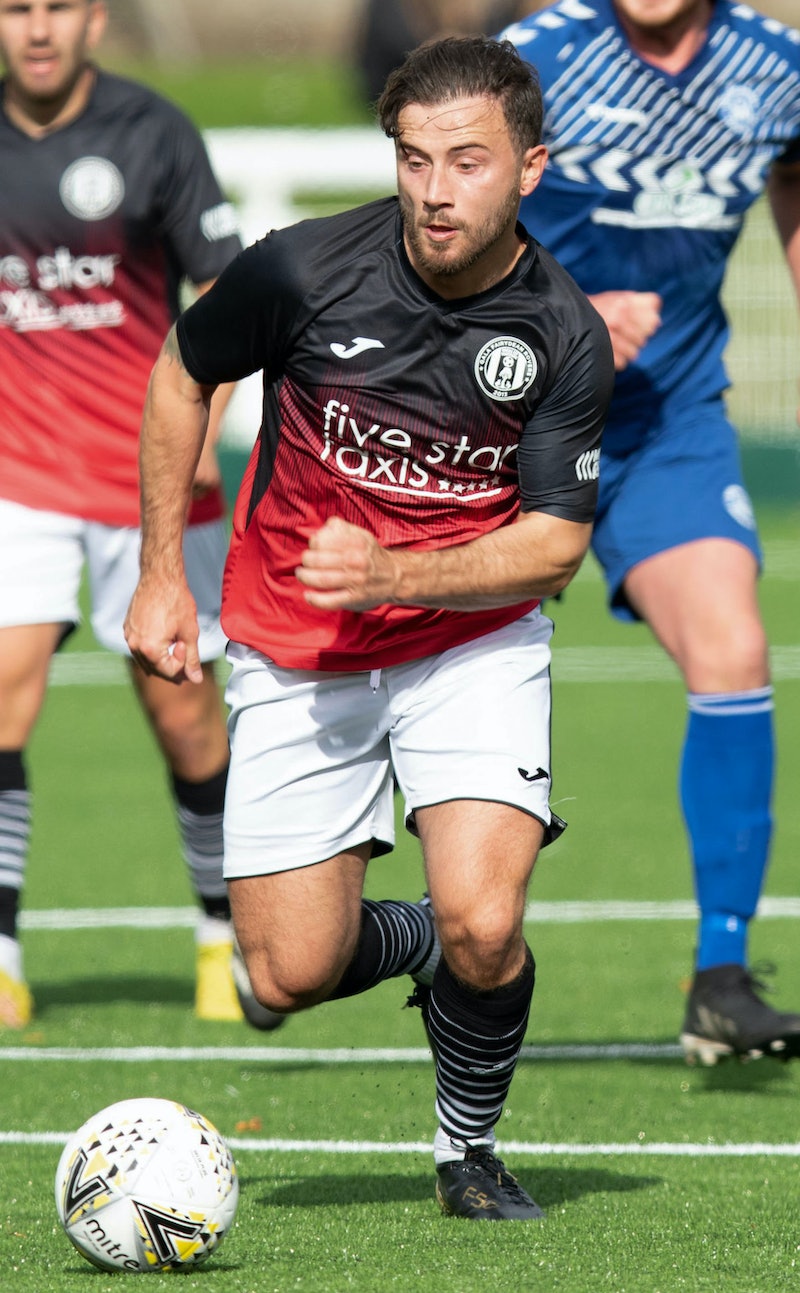 Zander Murray has come out as gay.

Following in the brave footsteps of Jake Daniels, Josh Covallo, and the late Justin Fashanu, Gala Fairydean Rovers striker Zander Murray is the latest professional footballer to come out as gay. Murray, who has become the first-ever openly gay senior Scottish football player, opened up about his sexuality on Sept. 17, during an interview that was posted on his club’s official website.

“It feels like the weight of the world is now off my shoulders,” Murray shared, revealing that his decision to come out was sparked by a visit to a Pride event. “The vibe was brilliant and everyone was just being free and happy and it was great to just be me,” he added.

In his interview with Gala Fairydean Rovers, the striker also praised his “supportive” teammates. “Before coming out you think people will turn against you and you think the worst. It’s been lovely how much support I have had,” he said.

Speaking to the BBC on Sept. 20, Murray said he has been “blown away” by the largely positive reaction. “It's been crazy. I didn't anticipate the reach and how many people it's inspired and motivated and the lovely messages,” he said of the support.

“The private messages of people and fans alike, people from other communities, from other sports, football players in the leagues messaging me support, asking for guidance and help.” Murray concluded, “It fills my heart with so much joy, and to be sitting here I'm so humbled. It's amazing.”

Among those offering Murray their support was the Gala Fairydean Rovers chairperson, Ryan Cass, who said in a statement. “Everyone at the club is fully supportive of Zander and we are delighted for him that he feels comfortable to come out.”

Meanwhile, writing on Twitter after coming out publicly, Murray said the younger generation “can now see happy, thriving gay men in [and] around football.” He added, “Eventually we will get to a place where this does not make headlines. I want to be part of the solution! Watch this space in the near future.”

More like this
Kit Connor Speaks Out On “Shocking” Lack Of Bisexual Representation
By Sam Ramsden
Twitter Is In Awe Of Alex Scott & Her Show Of Solidarity At The 2022 World Cup
By Sophie McEvoy
Romeo Beckham Shared A Sweet Farewell Note From “Proud” Sister Harper
By Sam Ramsden
The David Beckham Qatar Controversy, Explained
By Sophie McEvoy
Get The Very Best Of Bustle/UK